Stephen A. Smith Hits Out At The Sixers for Getting Scorched By Miami Heat 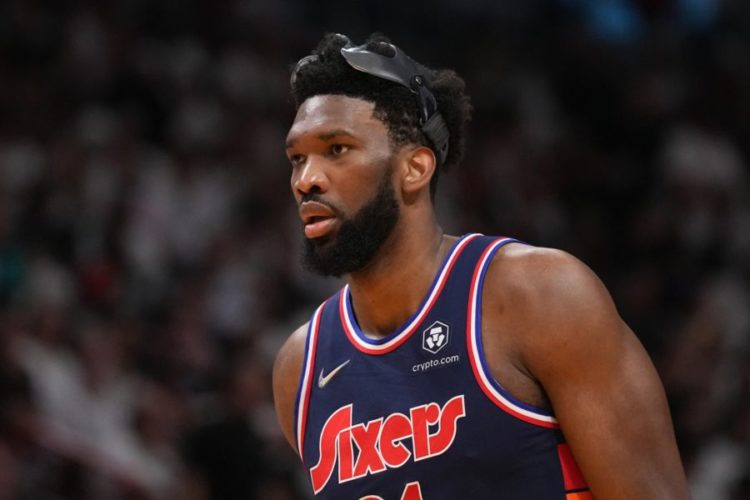 The NBA is a highly competitive league. At present 30 teams compete against each other for the title. Therefore, every single match counts here. The highly competitive league has produced a host of superstars down the ages, who have guided their respective teams to unmatched glory. The Philadelphia 76ers have been one of the most prominent teams in the NBA, having won the championship three times. Moreover, the NBA greats like Julius Erving, Charles Barkley, Wilt Chamberlain, and Allen Iverson, have been parts of the team in the past.

However, the glorious past now seems a distant dream for the Sixers after their crushing defeat at the hands of the Miami Heat in the Eastern Conference semifinal series. Initially, after Joel Embiid’s return from injury in Game 3 the Sixers looked good. They took the next two games to prepare themselves for Tuesday’s Game. However, Miami Heat took a 3-2 series lead handing the Sixers a crushing 120-85 defeat.

A Brief Overview of Tuesday’s Match

The American Airlines Arena at Miami witnessed a dominant performance by the Miami Heat right from the start of the match. In the first quarter of the game, Miami Heat scored 31 points and took a 12-point lead over the sixers. Though the Sixers improved their points in the second and third periods of the match, it was not enough to get them over the lines. Jimmy Butler looked phenomenal for Miami, scoring 23 points. Max Strus also looked impressive as he scored 19 points, along with 10 rebounds.

Infact, it is interesting that all the Miami players who played in Tuesday’s match found the basket at least once in the game. On the other hand, Joel Embiid lived through a nightmare. He was the best performer for the Sixers, scoring 17 points and grabbing 5 rebounds. However, these are his lowest numbers in this season.

Following the defeat of the Sixers, Stephen A. Smith seemingly looked furious as he took to Twitter to criticise their performance. He blasted the Sixers and Embiid for their poor performance against the Miami Heat. According to him, this was the worst display by the Sixers in the recent past. Click the link below to see Smith’s tweets :

Smith’s criticism seems to be logical. The performance of the Sixers in the match was more than pathetic. They struggled to score points against Miami. They managed to shoot only 36.5 percent from the field, as compared to Miami’s 53.6 percent accuracy.

However, Smith sympathised with Doc Rivers, the coach of the Philadelphia Sixers. He argued that the players underperformed in the game and thus it was not the coach who should be blamed. Yet, as he added, the coach would be the scapegoat if the Sixers lose the series. In an interview with the ESPN Smith hit out against the Sixers, criticising their casual play. Click the link below to see Smith’s interview :

What’s Next for The Sixers?

The Philadelphia Sixers have not managed to make it Eastern Conference Finals since 2001. This season all hoped for a reversal of fortune. Especially with Embiid’s return from injury and the series against the Miami Heat tied at 2-2, the Sixers were seen as a tough competitor for making it to the finals. However, with Tuesday’s defeat, the task became harder for them.

With a one-game advantage, Miami will give everything in Game-6, to hold off the Sixers. On the other hand, for the Sixers, the only way to make it to the finals is to win Game-6. Therefore, let’s brace ourselves for a high voltage Game-6, as the Sixers will look forward to answering all those questions that they themselves raised in Game-5.