Have a Look at The Miami Vs. Iowa State Odds, Predictions for 2022 March Madness Sweet 16 Game 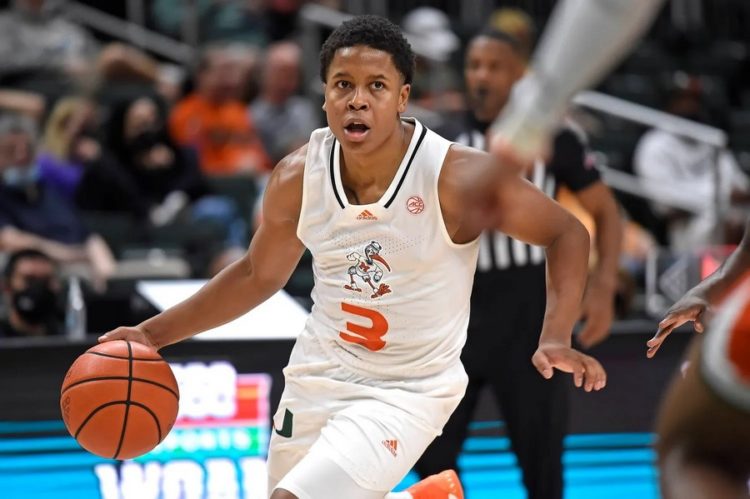 Basketball is one of those few games that keep you hooked to your seat till the last moment. You never know when a team scores a basket and turns the match’s outcome. Therefore, fans of the NCAA never miss any of the games, especially if there is a match between Miami and Iowa State; people will start predicting the odds. So would you like to know about the odds, predictions, and betting trends for the 2022 March Madness Sweet 16 game?

Stay with us until the end if you want to know all these exciting details. Let’s get started!

Some Significant Aspects of Miami vs. Iowa State Match

So if you are a fan of the NCAA Tournament, you must have an idea about the rankings in the Sweet 16. Here we will try predicting the match’s odds between the tenth position team, Miami, and the eleventh position team, Iowa State.

You must have heard that the game will be played at the United Center in Chicago. As per the sources, the game will start at 9.59 pm. ET and televised on TBS. So among the two teams, Miami (25-10) is making its second Sweet 16. Moreover, they are under the guidance of Jim Larranaga, the 72-year-old-coach. He was the one who took George Mason to the Final Four in 2006. Therefore, you can well understand that he is a highly experienced coach.

At the same time, Iowa State (22-12) enjoys a remarkable turnaround from a two-win season in 2021. In fact, the first-year coach T.J Otzelberger guided them to win some of the most difficult matches. Therefore, presently, Iowa State is also heavy on upperclassmen.

Moreover, this is probably the fourth time a No.10 seed has played a No. 11 seed with an Elite berth on the line. Let us now discuss some of the essential aspects of the match’s odds between Miami and Iowa State.

As per the recent reports, the betting trends suggest that it will be a toss-up game. According to the sports interaction, the latest lines and movements are:

What are the Three Popular Betting Trends to Watch?

The Hurricanes have been amazing throughout the season, so they are the surprise favorite. In fact, Miami is 15-6 S/U as a favorite, but they are 8-13 ATS. On the other hand, Iowa State has been a dangerous underdog. Moreover, the Cyclones are 7-2 S/U and 7-2 ATS in games.

Who are the Key Players of Miami?

Many of our readers who are fans of the Miami Hurricanes will indeed know about the names of the key players. So if you look at their chart of players, you will find that they have an experienced starting five with three transfers in Kameron McGusty, Charlie Moore, and Jordan Miller. In fact, McGusty leads the Hurricanes with 17.5 points per game.

Furthermore, other players like Miller, Moore, Wong give Miami four guards that average double figures. So indeed, they have a strong team.

Who are the Key Players of Iowa State?

Like the Hurricanes, the Cyclones also have a dynamic guard tandem in senior Izaiah Brockington and freshman Tyrese Hunter. In fact, they are the ones who score the most in the team. Apart from the two start players, Hunter, Kalscheur, and Grill complete the four-guard attack. Along with them, senior Aljaz Kunc averages 6.1 points and 3.9 rebounds.

If we compare the two star (Wong and Brockington) players of both teams, both are effective scorers. In fact, they can shoot a basket from every end of the court. Therefore, their face-to-face encounter will be a treat to watch for both Miami and Iowa State fans.

So as we conclude, we can say that both Iowa State and Miami are one of the best teams of the Sweet 16. Therefore, it is very difficult to predict who will win the match. However, we have made a rough prediction of the odds from the data gathered from the sources.