Stevie Jordan Shares A “Forgive Me” Post For Faith Evans: What Happened? 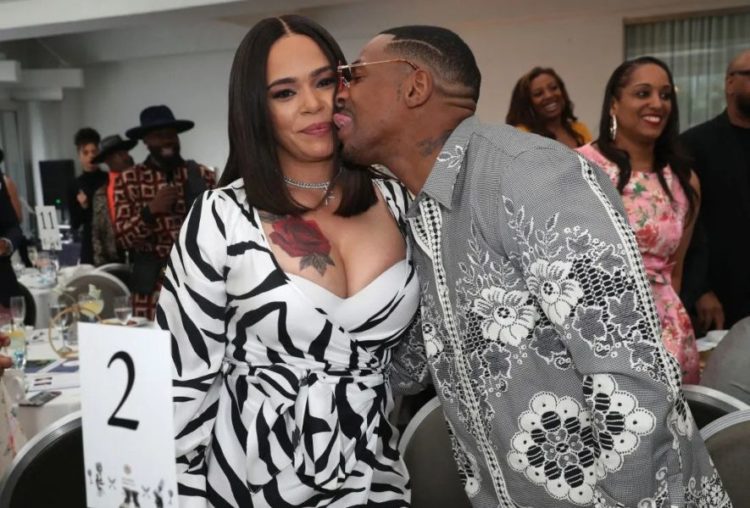 When it comes to celebrity relationships, everything is so ‘extra’. Either we are overwhelmed to watch cute couples like Ryan Reynolds and Blake Lively that makes us go ‘aww’. Or, there’s War. In a similar incident, we are witnessing the altercation between the hit American DJ Stevie J and Faith Evans. Evans and Stevie Jordan are also going through their divorce currently. And a “forgive me” post amidst all this? We are surprised by this sudden turn of events and have a ton of questions. Firstly, why are they going for a divorce? Secondly, why did Stevie J apologize?

We have answers to all your questions and even more to offer. Keep following this piece and we will quench your thirst for the details. But first, let’s take a quick glimpse at the life of Stevie J and Faith Evans.

Who is Stevie Jordan?

Born on November 2, 1971, Stevie Jordan (Stevan Aaron Jordan) is a very popular American Disc Jockey. In addition, he is a producer, a television personality, and a songwriter. We have all vibed to his No Way Out and gone gaga over No money no problems.

He is one of the most booming record producers in the middle the to late 90s. Besides, he has produced for several well-known artists. For example, we have Tevin Campbell, 112, Jay Z, The Notorious B. I. G, Mariah Carey, and Jodeci. In fact, Faith Evans herself comes on the list. We all must be aware that he had won the 1997 Grammy Award.

Jordan’s journey towards glory began when he began working as a member of Bad Boy records “Hitmen”. Soon after, he worked with Sean ” Puffy” Combs on several Bad Boys projects, we have all listened to many of his hits including his single lead, Only you. Some of his famous works include Life after Death, Nasty Boys, Notorious Thugs, Another, Breakdown, and Theme from Mahogany.

Who is Faith Evans?

Faith Rene Evans was born on June 10, 1973, in Lakeland, Florida. An American singer by profession Evan fans you must know that she worked as a backing vocalist at the beginning. For none other than ALB Sure. In addition, she is the first female accomplice to have worked with Sean “Puffy” Combs.

Let’s hear about some of her famous records that surely made us her crazy fan. They are the Faith series with Faith(1995), Keep the Faith(1998), and Faithfully(2001). And others like Turn it up, All Night long, Love like this, and The First Lady. Meanwhile, we know that she won the Grammy award in 1998 for I’ll be missing you featuring Puff Daddy and the band 112.

However, she ended her bond with Sean Puff Daddy in 2003 to work for Capitol Records. The First Lady had been the highest-charting album rating number 1 in the US Top R&B/Hiphop albums charts.

Afterward, in 2018, Evans was arrested for an alleged misdemeanour of drunk driving and was kept at a rehabilitation center for  3 months. However, we love the side of her in which she showed love and support for Little Kids Rock. We see her donating items to raise money for funding their music education in public schools.

What Happened Between The Two?

Stevie Jordan and Faith Evans got married in 2018, after being friends for 20 years. But we were disappointed to know about their decision to divorce in 2021. Although we understand that frequent divorces are common among stars, a public apology amidst all this? Let’s delve deeper.

Their marriage had been full of speculations and controversy from the beginning. In fact, we have read that Evans was once arrested for domestic abuse on her husband Jordan. Stevie Jordan too had been hostile throughout, making their private issues public through social media posts. We are horrified to see these shameful acts done by our favorite public figures.

However, Jordan seems to have a positive epiphanic moment where we see him making attempts to save the relationship. “Faith Rene Jordan I’ve hurt you, disrespected you, and humiliated you in front of the world. From this day forward I promise to listen to your feelings and be more delicate with your heart” we see him post.

We witness him deeply voicing his regrets and wishing her the best on this Mother’s Day. “I also promise to build you up even more and to communicate daily with you, respect you until you’re as happy as you were when we got married. I’ve learned my lesson and I never want to live without you because God knows I am a better man with you. I am asking you to find it in your heart to forgive me and allow me to rebuild our trust. Happy Mother’s Day x I love you.”

Firstly, in their divorce filing, Jordan demanded spousal support. Evans, in turn, had filed a complaint against it. Secondly, we hear that Stevie had not appeared for many of the court proceedings.  Evans had voiced her disappointment at all these.”Despite several attempts by my office to informally resolve the issues with Steven, we have been unsuccessful in resolving it.”

In a video that surfaced a few days before the divorce filing, we see Stevan Jordan accusing Faith Evans. We see him verbally assaulting her and calling her offensive names for cheating on him in their hotel room.

He has apologized for that in his new Instagram post. “I’d like to make his video for my wife. A video was released last week and showed me talking crazy to my wife, publicly humiliating my wife.”

Nobody likes to be a witness to a divorce. Especially if it’s between our favorite celebrity artists, from all these posts one thing can be made sure, Stevie J is trying hard to mend things. We hope he achieves his heart’s desire and they get back together as happily as ever.