Submicron Pollutants: Everything You Need To Know About Them 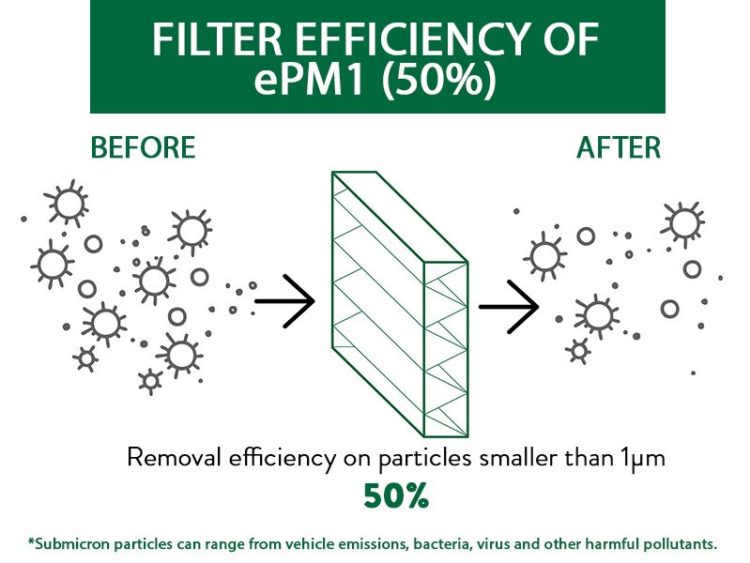 Submicron pollutants are highly prevalent in the atmosphere. The size of these pollutants is directly proportional to the severity of health risks they are known to cause. Submicron pollutants that are 10 micrometers or less in diameter can be particularly detrimental, mainly due to their highly penetrative nature.

Read on for an in-depth understanding of what submicron pollutants comprise, how they target human health, and the best way to stay protected from them.

What are Submicron Pollutants?

Submicron pollutants are a complex mixture of solid and liquid particles that linger in the atmosphere. These particles can be classified as per their sizes, with the smaller-sized particles known to wreak considerably higher health havoc. Particles smaller than 10 micrometers in size can easily pass through the nasal passageways and lodge themselves deep inside the lungs. The two main categories of submicron pollutants include coarse and fine inhalable particles.

Other classifications of particulate matter include PM0.1, PM0.3, PM0.5, PM4, and PM5. However, PM2.5 and PM10 are known to be the most common and dangerous ones.

What are The Sources of Submicron Pollutants?

The two factors that are largely responsible for submicron particle emissions include diesel automobiles and coal-fired power plants. A majority of these particles emerge from complex chemical reactions resulting from elements such as nitrogen oxides and sulfur dioxide.

How Submicron Pollutants are Linked with Health Hazards

When inhaled, the microscopic solid particles and liquid droplets constituting the submicron particles cause severe and sometimes fatal health problems.

While submicron particles of size less than 10 micrometers can penetrate deep inside the lungs and bloodstream, it is the particles less than 2.5 micrometers in diameter that carry the highest degree of health risks. Fine PM2.5 (or smaller) particles cause irreversible health damages like aggravated respiratory symptoms, weak lung functioning, stroke, pulmonary diseases, exacerbation of existent neurological conditions, and irregular heartbeat.

Exposure to submicron particles can slash out about 2-5 years from an individual’s life. Long-term exposure to PM2.5, specifically, is known to carry worse health hazards than what can be caused by smoking.

While exposure to the elements in the atmosphere is inevitable in the day-to-day life of individuals, an important health precaution could be the usage of high-filtration masks. With certified protection from the finest submicron particles (including PM0.1), AusAir’s high-end reusable face masks can shield individuals from more than 99% submicron pollution in the air.