Sweatcoin Launches A Cryptocurrency: How Does It Work? 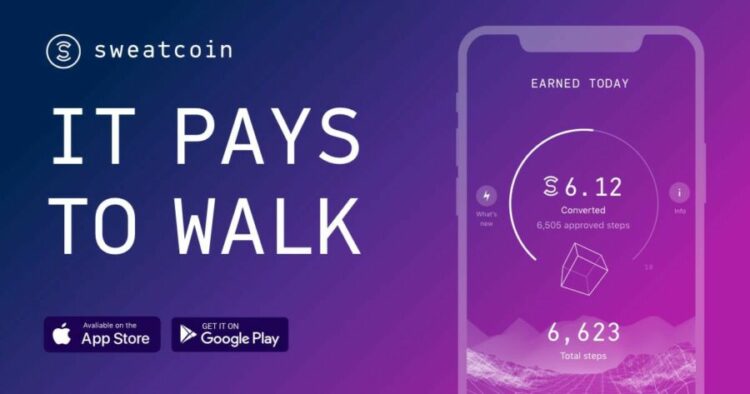 Recently, it has become quite popular to monetize your physical activity. One of the most popular projects in this direction was Sweatcoin, which, according to Buidlbee, became one of the most downloaded health and fitness apps of 2022. Until recently, the project didn’t have its own cryptocurrency, but now the entire crypto market is buzzing about the new SWEAT token.

Let’s understand how it works and maintains the viability of a popular project.

Sweatcoin on the new development verge

The idea, which was introduced in 2015, aimed at a “sweat economy” in which consumers need to be active to receive money. This opportunity is built into the Sweatcoin app. On September 13th, Sweatcoin rolled out its SWEAT cryptocurrency, which aims to expand the fitness value. Users can now create their own SWEAT tokens at a rate of 1000 steps per SWEAT.

Holding SWEAT has several advantages as well. It may be used for NFTs, staked for yield and fantastic prizes, and given access to new features in the Sweat Wallet App.

SWEAT is built on NEAR – a high-speed and user-friendly blockchain.

However, it will make SWEATs more difficult to be minted in the future. This saves token utility and controls the volume of token release.

Sweatcoin is now a Web3 solution, whereas previously, it was a WEB2 one with the company’s own money that could be swapped for items or donated to charity. However, the project’s creator says that this is not so important. It’s more weighty how fast a person experiences the effects of fitness.

This makes people think of exercise as a valuable activity that really adds value by making you healthier.

To provide current Sweatcoin users who registered before the token generation with some money in their wallets, Sweatcoin was matched against the SWEAT cryptocurrency.

Everyone else would start from scratch unless they took part in the DAO Maker record sale that took place on September 5th. Completely new users can also earn a SWEAT – they just need to go for a walk and make 5,000 steps.

All in all, 1000 steps will be equal to one SWEAT token, although this number will drop over time, and each token will become increasingly difficult to mint.

It says that the quantity of work used to produce an item or service is where the value of that commodity or service comes from. Therefore, the worth of the item must be larger the more work is put into its production.

You may thus earn more SWEATs by being more active. For instance, it takes people 15 minutes of daily walking to accumulate 1000 steps, which results in one SWEAT.

However, a labor-based economic model has the inherent difficulty that labor costs must decrease for the employer to stay profitable. So the team behind Sweatcoin will have to choose between making rewards tougher or decreasing the quantity of SWEAT, as the theory predicts.

Therefore, up to 2024, the project will continue to equal 1,000 steps to 1 SWEAT, but the step reward will gradually decline.

Here’s the approximate breakdown in the future:

Sweatcoin also intends to introduce two macro price mechanisms that will seek to increase or maintain the price of SWEAT: coin burning and staking.

Sending cryptocurrency to a wallet that can only receive but not spend it is referred to as burnout. At the same time, locking tokens away or depositing them in exchange is staking. Staking reduces the amount of SWEAT on the market and, as a result, the amount of SWEAT in circulation. Users will receive more money the more they choose to bet.

What can you spend Sweatcoins and SWEAT tokens on?

Earned virtual Sweatcoins can be spent on real purchases available in the same Sweatcoin app.

Sweatcoin also allows you to transfer coins to the Save the Children Foundation. By the way, to those who suffered from the war in Ukraine too.

At the same time, the SWEAT token can be exchanged, traded, sent, and withdrawn from the application, like any other cryptocurrency. It will also be possible to purchase this cryptocurrency with the help of walking.

So, to get SWEAT tokens:

You can take it under your own control, and you can even earn a little bit by becoming healthy all at the same time.