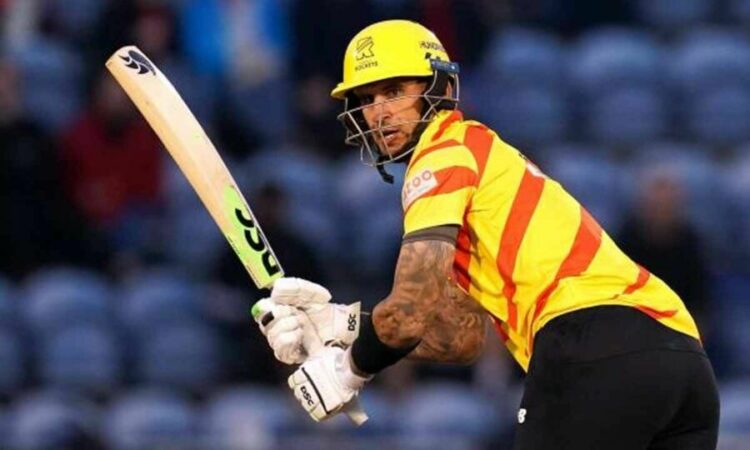 Jonny Bairstow is out with a freak injury. He will be replaced in the T20 World Cup by Alex Hales. He is making his long-awaited England comeback. Hales, now 33, has not played for England since 2019. On the eve of their historic victory in the one-day Cricket World Cup. He was disqualified after failing a second drug test for recreational use.

However, Bairstow won’t be taking part in the upcoming T20 World Cup 2022. Because of a lower leg injury, he got in an odd golfing accident.

Hales was recalled to the England team on Wednesday. In order to get ready for a T20 series in Pakistan later this month. And the World Cup in Australia in October. Having failed a second test for recreational drugs in 2019, Hales was kicked off the England team. According to the team’s former captain Eoin Morgan, the squad’s values were “totally disregarded,”. It caused “a lack of confidence between Alex and the team.”

However, Morgan’s decision to leave international cricket. And Bairstow’s injury has made Hales’ comeback now feasible.

Everything appeared to be set up for Hales’ comeback after England lost Jason Roy due to a dramatic decline in form. Thereby a spot opened up for someone else to partner captain Jos Buttler at the top of the order.

Rob Key, managing director of England’s men’s cricket team, claimed that Hales had already presented his case for the T20 World Cup 2022 inclusion. “Alex Hales was considered when we discussed who the best opening partner for Jos was,” Key remarked.

“His name was mentioned a lot, but we felt Jonny Bairstow was the man to do that in the World Cup. I’ve said on a number of occasions that I feel Alex Hales has served his time for his misdemeanours. Now it’s on form, selection and whether we feel they are the best person to go out there.”

Hales won the 2014 T20 World Cup 2022 with an unbeaten 116 against Sri Lanka. Recently, Hales supported Trent Rockets in their victory in the Hundred tournament for this season.