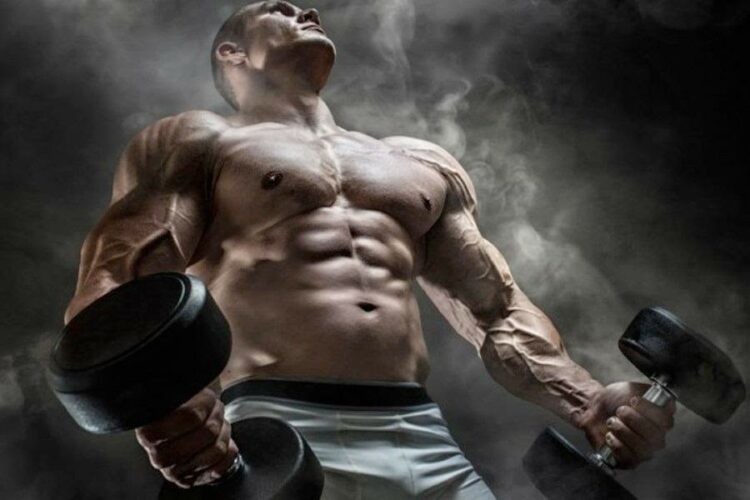 No, it is not a title for a new plane model or something; it is an anabolic t400 steroid! Its power comes with huge expenses. However, it is considered to be, if not an `ideal steroid` but at least close to that title.

Let’s dive deeper into the rabbit hole and know its strong points and weaknesses.

Long story short, T stands for Testosterone, the father of all steroids, 400 stands for a combination of its esters in this baby. So, you can say that t400 steroid is an upgraded version of the popular anabolic substance Sustanon. It contains Test Propionate: 50mgs, Test Enanthate: 175mgs, Test Cypionate: 175mgs. Test 400 features a significant concentration of steroid per ml of oil.

The 400 mg indicator contributes to the growth of the drug’s popularity among bodybuilders. To obtain such a significant steroid concentration, pharmacologists from the manufacturer’s laboratory decided to significantly increase the alcohol content in the solution – benzyl alcohol.

Dissolving 400 mg of the steroid in another way would not have been possible. Most athletes consider this fact a big drawback because when the drug is injected, they experience irritation and even pain at the injection site. However, those wishing to obtain significant results with such a phenomenon inevitably have to put up with it.

After all, it is impossible to get so many steroids in one bottle otherwise. For this reason, surveys conducted among bodybuilders showed that the overwhelming majority of respondents expressed an opinion about Test 400 as “the ideal drug”. One of the reasons for it is that you don’t need any stacks because the T400 is already a stack.

Benefits and Side Effects

It is easy and right to suppose that t400 steroid can do anything pure synthetic testosterone can do. That`s right! But number four in its title does not mean that the effect is four times stronger. They are relatively stronger, there is no doubt, but that is because when one ester stops working, the other comes to its place, making the action effect of this drug much longer with fewer injections.

Moreover, it does not have only one benefit, like prolonged action. T400 also gives you a significant muscle and strength increase along with fat loss and increased stamina, which allows you to work more than ever without the rest.

It also has side effects. Same as any other steroids – t400 steroid suppresses your endogenous testosterone, affecting your mood, sex life, libido, and size of testicles. It can also cause acne, oily skin, and water retention due to the huge amount of excessive estrogen in your blood resulting from aromatization (it is a process called after small particles enzyme aromatase which turns testosterone into women`s sex hormone estrogen).

This leads you to man boobs – gynecomastia, and other stuff. However, it can be countered with a proper post cycle therapy, but about this later.

T400 is quite synergetic and will be a good addition to almost any existing stack. Plus, if you are a beginner, you can start with 400mg of T400 per week and check out the results, whether your performance improved or not. But, it is only for you to decide. Maybe it will be better to start with just one testosterone ester and see how it goes. But let’s go back to T400.

There is a cycle, which includes Dianabol and Deca Durabolin. It lasts for twelve weeks. From the first to sixth weeks, use 100mg Dianabol daily. From the first to twelfth weeks 800-1000mg Test 400 weekly | 500-600mg Deca-Durabolin weekly. Plus, some aromatase inhibitors like Arimidex throughout the whole cycle.

As was noticed before, you will need SERMs or aromatase inhibitors to live after the T400 cycle. One of the most popular drugs for post-cycle therapy is Nolva or Nolvadex. If your cycle length is 13 weeks, you need to take a break on weeks 9-11 and on the 12th week, start taking 20-40mg ED for one week. You can also use up to 150mg of Clomid every day.

Clomid and Nolvadex are SERMs (selective estrogen receptor modulators) – not to be confused with SARMs – which regulate post-cycle estrogen production and block the negative effects on the body. After stopping anabolic steroids, estrogen levels can skyrocket and cause hormonal mayhem, hence the regulatory drugs.

Clomid influences the estrogen receptors in the hypothalamus and pituitary glands. This helps release luteinizing hormones (LH) along with follicle-stimulating hormones (FSH), both of which are crucial to fertility. A normal hormone balance is essential for healthy sperm production.

T400 is not something new and exciting, and it is simple and common yet effective in skillful hands. If you will be able to fight the desire to eat some fast food and skip your workout, you will be performing your best results.

Because we all know that steroids are not magical substances, and you can not look nice if you lie on the couch the whole day making T400 injections. Work with your muscles, don’t forget about your pct and have a nice day!