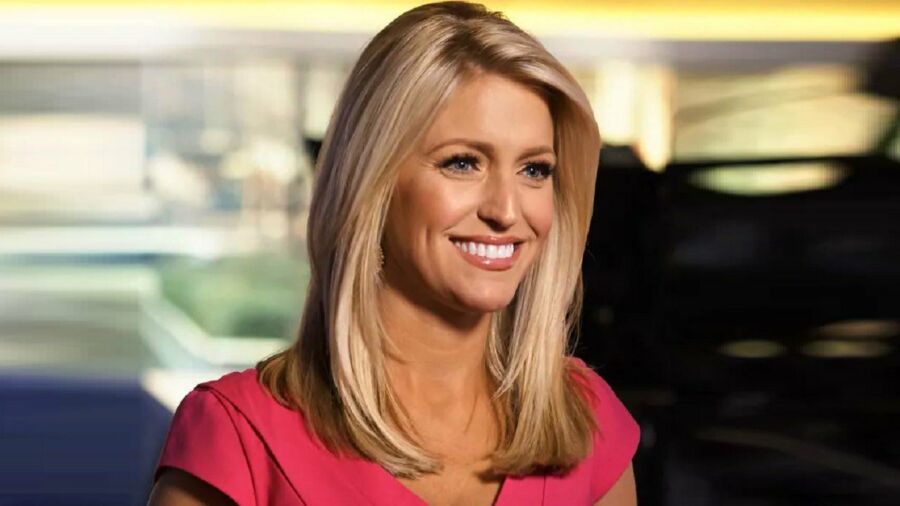 Sean Hannity might be a popular host on Fox News; however, his current girlfriend is no less a popular personality on the conservative network. Yes, you guessed it right, we are talking about Ainsley Earhardt. In fact, she earned a journalism degree from the prestigious University of South Carolina in 1999.

So after her graduation, she took a reporter job at a local station in Columbia, South Carolina. Moreover, the Columbia Metropolitan Magazine named her the Best Personality of the Year. Moreover, in 2005, Earhardt joined KENS-TV in San Antonio, Texas. This was before she shifted to New York in 2007 to join Fox News as a co-host at “Fox & Friends.”

In fact, to commemorate her success, Ainsley Earhardt also dedicated her first day there to her parents. She expressed her gratitude in front of her parents since they had worked hard to help her get to the place she currently is in. So would you like to know more about Ainsley Earhardt and her relationship with Sean Hannity? Stay tuned to us until the end, as we will share some significant details about them here. Let us take a quick glance!

Who Is Ainsley Earhardt?

As we already said, Ainsley Earhardt is an American conservative television news journalist and author. She is also a co-host of Fox & Friends. After completing her high school education, Earhardt attended Florida State University before transferring to the University of South Carolina. Here she graduated with a degree in journalism.

Earhardt’s first marriage to Kevin McKinney in April 2005 ended in divorce in 2009. After that, she married former Clemson University quarterback Will Proctor. They share one child. However, this, too, ended in divorce in 2019. As per the media sources, Earhardt is currently in a relationship with fellow Fox News personality Sean Hannity. Let us look into that in detail!

Did Sean & Ainsley Confirm Their Relationship Yet?

According to the sources, Sean Hannity is currently dating his fellow Fox News host, Ainsley Earhardt, since 2019. In fact, the celebrity couple started their relationship after Hannity’s 25-years of marriage to Jill Rhodes ended. So if you are curious whether Hannity and Earhardt confirmed their relationship or not, let us share the details with you.

Well, the celebrity couple seemingly made their relationship public in 2020. This happened when they showed up at a party together in a helicopter. Moreover, we also come to know that Earhardt hosted her popular Fox & Friends show from the basement of Hannity’s Long Island mansion.  In fact, she also uses his lawyer as her television agent. However, as of now, they did not confirm the relationship.

Ainsley said in an interview that currently, she is focusing on raising her daughter. According to her, Sean is wonderful, so whoever dates him will be very lucky. However, she is not dating anyone currently.

You might have heard that Ainsley Earhardt has already had two divorces. Despite the two failed unions, she is open to marrying again. She would love to find love again and wants to demonstrate a loving relationship with Hayden, her daughter, one day.

However, she is not sure whether it will happen anytime soon. She has complete faith in God that he will put the right man in her life someday in the future. So you never know, that person can indeed be Sean Hannity.

Rarely do we find women managing both kids and their professional world so perfectly, isn’t it? Well, Ainsley Earhardt is a woman who manages both parts of her life pretty well. While she is enjoying a thriving career on Fox News, her biggest priority is her 5-year-old daughter, Hayden, whom she shares with her ex-husband Will Proctor.

Even though their split was allegedly due to Will’s infidelity, Ainsley explained that the two are currently focused on amicably co-parenting. They also live near one another’s house in New York City. They are presently focusing on moving ahead and raising their kid and are on good terms.

However, later in the future, she would like to marry someone who loves kids and would want to have lots of kids. In fact, she also revealed that she had frozen her eggs in case she decided to expand her family in the future. Since she is already in her 40s, it would be difficult for her to reproduce naturally.

Did You Know Ainsley’s Partner Sean Hannity Is Also A Divorcee?

You must have heard that before his relationship with Ainsley Earhardt, Sean Hannity was married for more than 20 years to former journalist Jill Rhodes. They met for the first time in Alabama in 1991. It was love at first sight for both of them. Even though many people objected to their marriage and warned Rhodes of marrying a guy from New York, the couple tied the knot.

They also have two children, Sean Patrick and Merri Kelly. However, pretty recently, they announced their separation. However, that does not mean they are no longer on good terms. Their relationship is just like Ainsley and his ex-husband. Sean and Jill’s split is also very amicable, and they are still good friends. The couple shares joint custody of their children and often go out together.

How Much Does Ainsley Earhardt Earn?

Many of you are probably curious to know Ainsley Earhardt’s net worth, right? Well, it is over $32 million. As you know, she is an American conservative television personality and author. She is also the co-host of Fox & Friends.

Therefore, it is natural that she will have a massive net worth. In fact, Ainsley’s assets include six real estate properties, five cars, and one luxury yacht. Moreover, her assets portfolio includes over $6 million in cash reserves. She also owns an investment portfolio of eight stocks at $8 million. Her annual salary is around $6 million.

How Old Is Ainsley Earhardt Currently?

Ainsley Earhardt was born in Ainsley was born on September 20, 1976, in South Carolina, the United States. Therefore, she is currently 45 years old. She completed her high school education at Spring Valley High School. Ainsley got her bachelor’s degree in journalism from the prestigious University of South Carolina.

She was just 24 years old when she started her career in journalism as a reporter in CBS 19 subsidiary WLTX TV in Columbia, South Carolina. Moreover, in 2005, she got an offer in CBS 5 in San Antonio and worked there for 18 months. Later in 2017, she joined Fox News.

So as we conclude, we can say that Ainsley Earhardt is currently one of the most popular TV personalities in the United States. However, she is currently focusing on her career and her only daughter. There are various rumors surrounding her relationship with Sean Hannity; however, the couple has not confirmed it yet.