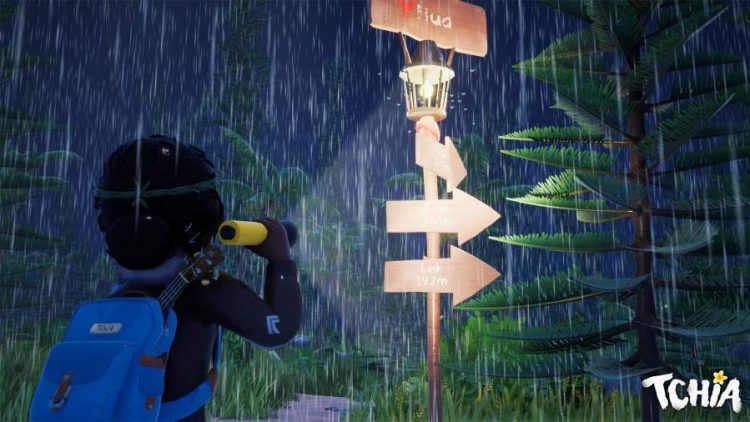 The video game developers Awaceb has shared about the tropical sandbox Tchia in The Game Awards 2020 on December 1oth. This new adventure game appears unique. It also has a blend of themes from other games but it does not lessen its appeal. The trailer of this game looks beautiful with colourful backgrounds. There are cultural influences and a soundtrack to develop the story and gameplay. Know all the details about the game here.

When is the game going to get released?

January 21, 2021, is the date set for the game release. Forty per cent of the team members who are working for Tchia are from New Caledonia. This project is also an ambitious one. So get ready to play Tchia which you will get next year.

What does the trailer of the game display?

The trailer of Tchia released during the Game Awards broadcast. This also got a reception from the audience. The short trailer of the game revealed the gameplay such as diving, swimming, jumping, ukulele playing and more. There is also the mechanic beings utilised as objects like animals and coconuts. We also got to see the mysteries of the game where the main character will get chased by pirates.

The style of animation reminds of The Legend of Zelda: Breath of the Wild. The music of the game is also very good. Furthermore, it is an original made by John Robert Matz and one of the specific tracks is by Pastor Waris from Maré Island.

What kind of platforms will Tchia be available?

The creators have revealed that the Tchia will come for the PC through Steam. It is also going to release in Google Stadia. Both of the versions of the games will be available at the time of the launch. The gamers are asking the Awaceb if they will release the game on Nintendo Switch and PlayStation 5. But they have not answered back. Moreover, they have a lot of time to think about it in the future.

The game will offer great tropical adventure in open-world. You will be able to glide, climb and swim in the boat around the excellent archipelago. This game will be a physics-driven sandbox. As a gamer, you can use the special abilities in Tchia to control any kind animals or objects. You can also use the playable ukulele to create sweet music. This game based on the environment of New Caledonia.

The possessing mechanic in the game will allow you to do the following things such as taking control of any animal or object. You can make use of special gameplay and abilities. Furthermore, there are thirty playable animals. Then the Exploration & Traversal element will help you to get a smooth traversal. You can use the boat to sail and journey long distances. The archipelago is vast so there are different weather conditions.

The players can also make use of customization elements. There are hundreds of cosmetics that are unlockable. Then you can also get the customised boat.

Tchia is going to be a great game. You can get immersed in the world and experience adventure.

Learn About All Objective Types in Rainbow Six Extraction: Check Out the Mission Strategies