5 Technology Changes in Your Household That Could Save You Money 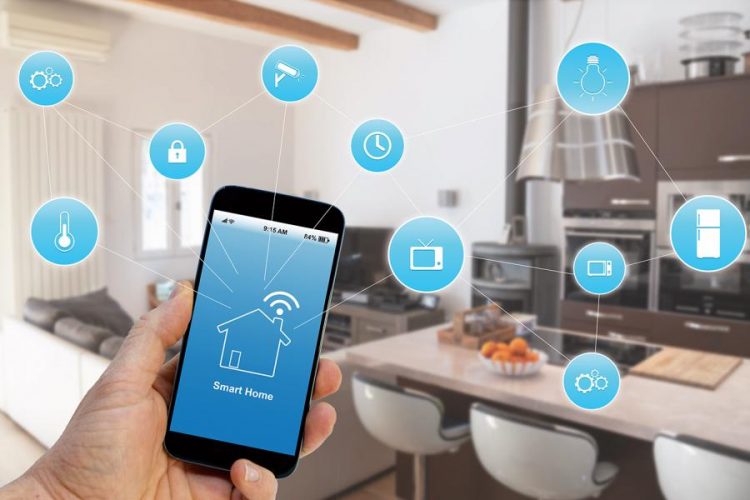 It’s the twenty-first century. While this period certainly did not mark the start of the fourth industrial revolution, it was, however, clear this was the age of convenience. Automation is now a trend where almost all things start with the name “auto.” Everything feels automated through machines with programmed scripts onto them.

In a mere instance, we pushed technology to do our bidding quickly. Such was expected as “instant” was closely associated with “convenient.” Thus, the world now watches as each society center their model around this ideology.

But as the demand for instantaneousness skyrocketed, something else was on the rise, too; household consumption rates and expenditures.

In a recent study conducted on US households, results determined an increasing consumption rate and monthly expenditures per household as advancements in our lifestyle progress. This means that while our way of living seems to become more and more efficient than ever, the same is not the case with living sustainably.

On the aggregate scale of this matter, this poses an issue of mismanagement of Earth’s resources. It’s a global environmental problem that needs tackling. This misbehavior of people towards utilization might soon cost everyone living around the world dearly. But the scale of impact is mostly felt at its basic level per household.

Families with different incomes are also affected distinctively. Those who are wealthy can easily shove these expenditures as a small dent in their assets. They can even throw their leisure on top of that. To middle-class households, these monthly expenses are large chunks that eat away their income, while those who are poor might have their necessities compromised.

But with the rise of the additional costs brought by technology comes the advancements to curb back the incremental expenses gain. Below are the five technology changes and devices to help you save money.

Light plays a significant role in the essence of being humans. It’s a straightforward concept that without light, people cannot see. Thus, lighting is indisputably crucial in houses, especially during nighttime, when there’s little to no light if it’s not artificially made.

The convenient solution is a light bulb. As it turns out, while it’s effective in illuminating indoors, the same is not the case outdoors. Brightening up a region that is up to thrice the size of your interior house is inefficient, especially when you only have few bulbs at your disposal. Far more concerning is the amount of energy that you’ll consume to provide better lighting outdoors; exterior lights tend to stay on overnight.

Enter the use of solar lightings. Solar light is simply light equipment with solar cells. Although the technology seems to be ancient regarding when it’s first introduced, its relevance resonates, especially with this problem. The simple concept of capturing the sun’s energy to fuel its illumination works well without affecting your electricity bills. Now, exterior solar lights have motion sensors built on them that help turns them on only when necessary.

While food scarcity is one of the world’s issues, food waste is another problem that ironically exists. It’s wrong to assume that we use a hundred percent of the ingredients when preparing the meal. But even if we became absolute in non-wasteful cooking, waste cannot simply eliminate in the form of spoilage.

People tend to incur more losses on spoilages than they’ve imagined. On average, data estimates that a typical US household would lose about $600 on spoilages alone.

One technological change to counter spoilages is through Freshness Extender. This is a simple small device to put in the fruit and vegetable section of the refrigerator. The idea here is that plant produce releases a gas called ethylene during harvest. The role of the freshness extender is to neutralize these gaseous substances that cause and initiate the ripening process.

TV cables started becoming common in the mid of 20th century. In 1989, it’s estimated that over 53 million households utilized lines to watch TV. It was the trend for leisure throughout history, but it indeed came with disadvantages.

For one, it is ridiculously expensive to get one, even at today’s standard. It was only in the ’90s that more average-earning households could avail of TV cable services than ever before. Cables tend to take up unnecessary spaces within the house, even with the introduction of satellite dishes. Such made cabled TV nearing obsolescence.

Today, there are over 200 known sites that offer streaming services. From Netflix, Disney, your lists can go on forever over these options. These sites are popularly available through phones and computers, but that would pose a slight issue with televisions—smart TV or not.

One of the best solutions for that is using a streaming device stick, specifically Amazon Firestick. This device can turn any HDMI-enabled televisions into a portable streaming gizmo. By allowing Amazon Firestick to connect through Wi-Fi, you can play games, play music, and videos however you want.

And best of all deals, it’s reasonably cheap, more affordable than those Cable services that Americans once had. Furthermore, with Amazon Firestick, you can save money with this simple trick.

Internet is now a major key player in everyone’s lives. With the internet comes the rise of the age of automation and the concept of connectivity. These two processes were well reflected within the huge technological changes that are happening now.

As proof of that, smart technology is now in demand. These are different appliances with weak AIs that offer a calculated and automated output to their users. The devices are simply outstanding at the job that they cut costs through efficiency and effectiveness. Smart technologies can range from TV, washing machine, lights, AC units, and more. There are even smart houses and smart cars to boot with.

Often enough, there is one central access that regulates these connected devices. It is where you can control its usage, its output through entered preferences and periods. The access point can be a smartphone, a computer, but the most common is through Virtual Assistants. One example of that is the adorable “Alexa” of Amazon Echo.

We all know dry cells are simply disposable. We insert it on our portable devices and use it until it no longer serves our purpose.

The use of dry cells is still relevant within the widespread use of chargeable devices. One good reason for that is how people still rely on how disposable it is. But one major disadvantage of batteries is how it’s not available all the time. On top of that, expenses on simply repeated purchases can accumulate quickly. On average, Americans use a rough 3 billion dry cells per year to power most of their portable devices. That’s incredibly a wasteful lot of money.

Thus, to cut costs with portable powers, it is advisable to use battery chargers. It may not sound revolutionary at all, but the fact that the statistics about dry cell consumption is a recent one shows how many are not still into the idea of dry cells charging.

Also read: What Technology Can Help You Save Money in 2021?

Architect, Designer, or Contractor: Who To Hire To Remodel A House

Cleaning Vinegar: What is It and How To Use It?

Best Bedroom Décor Ideas to Upgrade Its Appearance and Functionality

The Easy Trick on How To Line A Dresser Drawer