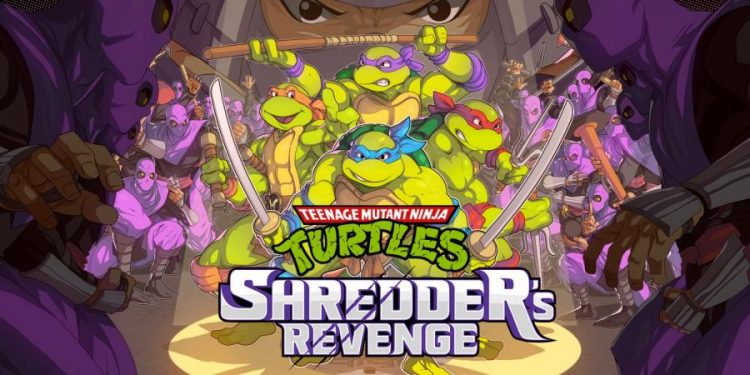 Many of us still adore the famous Teenage Mutant Ninja Turtles. Remember those hours when we would stop everything and tune in to the TV Channel? In fact, the cartoon was really popular back in the 80s and 90s. Therefore, those radical heroes had a great impact on our childhood. Well, it’s not only the cartoon, but fans also enjoyed the movie adaptation ‘Teenage Mutant Ninja Turtles Trilogy’. In addition, there were numerous toys, video games, and many other merchandises related to the franchise.

Since the franchise is so popular, till now it has had an impact on us. So, for the gamers, there’s good news. Teenage Mutant Ninja Turtles: Shredder’s Revenge is the new upcoming game that really brings back the classic arcade game style. Moreover, it’s almost like a sequel to the ‘Turtles in Time.’ In addition, from the gameplay footage, people are discussing that it might be a follow-up to the game.

Similarity to ‘Turtles in Time’

The game developer Dotemu hasn’t used the term ‘sequel’. However, they said that it’s like an homage to the classic ‘Turtle in Time.’

But, is the plot similar to the previous game, or is it a continuation? Moreover, is there any time travel feature like the ‘TIM’? Well, there are no shreds of evidence that show that the shredder’s revenge is a follow-up. However, you will surely enjoy the classic 80s vibe of Ninja Turtle. Moreover, the retro design of the game is similar to the old arcade games of the Nintendo DS.

Since the older arcade games have their influence on the new game, it’s more like a successor than a sequel. However, in the end, it will surely tickle that nostalgic feeling inside you. Therefore, if you are a fan of TIM or any other Ninja turtle games, then you can be prepared for the new title ‘Shredder’s Revenge’.

The Date of Release and Gameplay

Now that the game is coming as a classic retro and arcade-style, fans are speculating the date of release. Unfortunately, so far the developers haven’t dropped the release date.

However, it will be available for computers and other consoles (Dotemu didn’t specify). Moreover, there is some news according to the sources. They are saying that fans can expect the release date to be in the early 2022s. Most probably mid-2022 to be exact.

There’s also a trailer for the game. Well, it’s more of an opening of sorts. In fact, the trailer wonderfully captures the intro of the original series. Furthermore, it has some visual and musical effects as the cartoon. This reveal trailer is similar to the art style of old-school animations.

As for the gameplay, the trailer shows our beloved turtles fighting with the members of the foot clan. Moreover, there are some boss battles with Bebob and Rocksteady.  Furthermore, the final seconds of the trailer revealed more about the gameplay. All the turtles have their usual signature weapons.

In addition, they also have their own skill and moves. It makes each of them unique. So, you can choose a fighter and use radical combos to defeat the mobs. So, experience intense combat with breath taking actions.

Fans are also calling it a sequel because some of the gameplay footage resembled the old Turtles in Time. However, this new game seems to have taken a fresh leaf.

The craze for Teenage Ninja Turtle is not at all dead. Moreover, with continual appearances in movies, games, and other merchandise, the turtles are back in business.

Also read: Here are The Notes and Updates in Wild Rift Patch 2.3