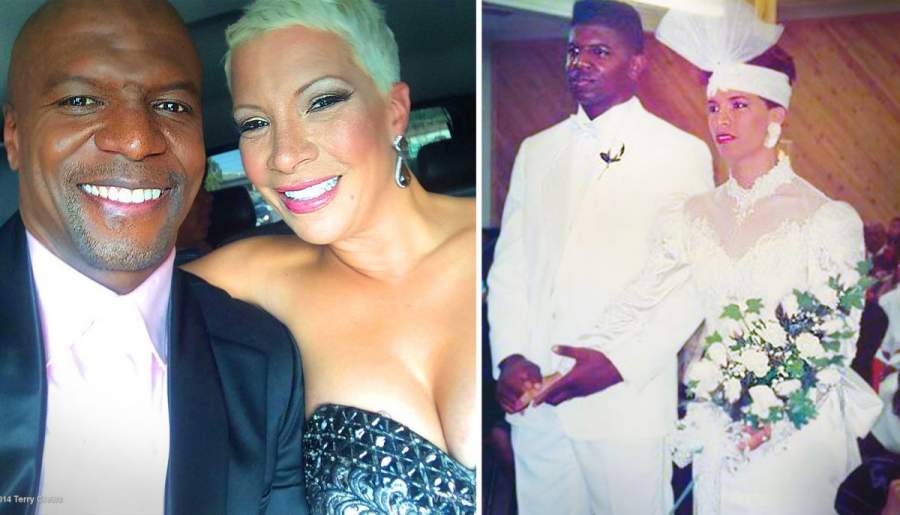 Not every relationship is easy or works as expected to be. No example would be better than this. Yes, we are talking about America’s Got Talent: The Champions host Terry Crews and his wife Rebecca King-Crews. They are now married for 29 years. The duo has faced challenging times since then. But despite the odds and facing all the hardship, they worked through it all.

It wasn’t loved at first sight for them

During the 80s, Rebecca King-Crews was voted Miss Gary, Indiana and then she went to Western Michigan University to pursue her career ahead. On the other hand, Terry Crews was busy playing football at the same school. It is believed that the duo has met during this time. As per Rebecca, she didn’t fell in love at first sight with him. Rebecca said, “He almost got stuck in the friend zone. He was a little too nice.”

@fbf 29 years ago in Kalamazoo Michigan I said “I do” to the sweetest, goofiest, artist/football player to ever walk into my church! Check out my Whitney Houston inspired head peace, and the short hair! I’ve had short hair since I was 13, never felt the need 2 grow it-he likes! pic.twitter.com/uACs7Cfven

After some time they got together and in 1990 they got married. They have also welcomed their daughter in the same year. Now they have five children as of now.

Though Terry has got huge success in the Hollywood industry, still he faced a lot in his relationship

No doubt, the duo always keeps smiling at the red carpet whenever you see them, but Terry Crews isn’t happy with his relationship. After going away from football, he fell into a deep depression which landed him to addiction and pornography which has cost him his marriage. After two years on Facebook, he revealed how he got addicted to all this and never told his wife Rebecca King-Crews.

Always a pleasure working with my hubs @terrycrews. can’t tell you now but will let you know when it airs! He is my mentor, my friend, my all-around go to guy and I wouldn’t be standing here today without his strength and perseverance as he fought for our love ❤️ HE’S A WINNER!!!

A post shared by Rebecca King Crews (@therealrebeccakingcrews) on Oct 1, 2018 at 6:23pm PDT

After facing so many struggles, the duo is now happy and together. No matter where their lives go next, Rebecca King-Crews and Terry seem to have each other’s backs as evidenced by their heartfelt Instagram about one another.

Also read: Ex Couple Brad Pitt and Jennifer Aniston are Getting Back Together?