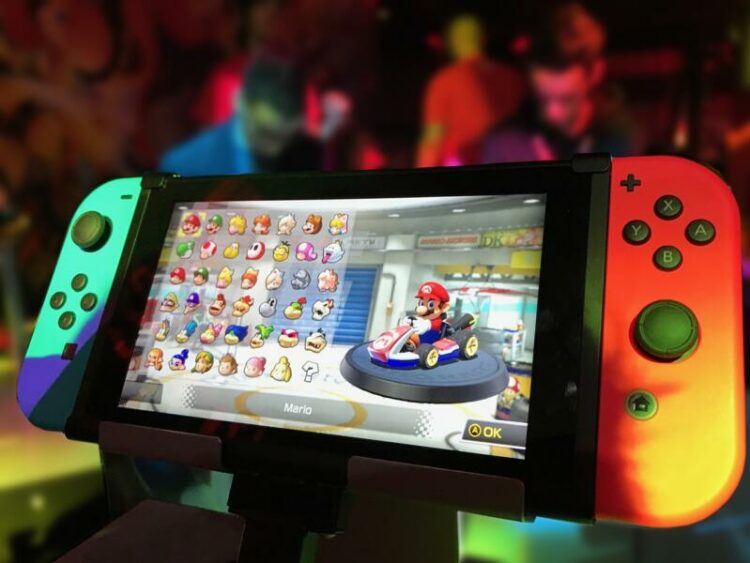 Nintendo has always strived to build a reputation as a provider of wholesome, family entertainment. When it released the Wii console back in 2006 it revolutionised gaming, taking it from a mainly solo pursuit into a physical, group activity. Subsequent consoles have built upon this, culminating in the success that is the Nintendo Switch.

According to CNBC, sales now surpass 100 million units, making it one of the biggest-selling consoles of all time. Part of this appeal has come from the excellent catalogue of legacy titles it has. Animal Crossing and Pokémon are adventurous without the need to resort to violence, aiming themselves squarely at their core demographic.

But when it comes to family entertainment, the racing genre takes some beating.

Mario Kart has always been the king of cart racing games. It is a bundle of fun from the moment you accelerate off the starting grid – easy to control yet hard to master. Few games can send you from hero to zero so quickly, as a stray banana clips your wheels and sends you spinning off Rainbow Road.

As a Nintendo title, it also has access to a huge number of its characters to put within the game itself. As well as the Mario team, appearances by Link and even villagers from Animal Crossing can be used. Win.gg states that there are now 41 characters to choose from when counting DLC content. The deluxe edition has an added battle mode that makes it one of the best versions possibly ever released.

An honourable mention also goes to Mario Kart Home Circuit. This innovative game uses VR technology to allow you to race around your own home. It is expensive, especially when you start to buy an in-game add-on, but one of the most unique games available anywhere.

Crash Team Racing comes very close to matching the superiority of Mario Kart and even throws in a few extras. PlayStation’s Bandicoot mascot does not have the immediately recognisable characters that Mario Kart does, but it makes up for it in other ways.

One of the standout game mechanics is the ability to use a drift-boosting system to power around corners. This adds a level of skill rarely found in similar titles. It does have its weaknesses, mainly its slow loading times and poor offline play. However, when you sit down for family gaming night it will be hard to put down.

Few companies would be able to compete with the intellectual properties of Nintendo for a cart racing game, but in terms of fun characters, Nickelodeon comes close. They have even branched out and are now building Disney world-style theme parks to showcase them.

Unfortunately, this desire to maximise their franchise characters did not work in the first Nickelodeon Cart Racers. The game was so bad that it even made playing as SpongeBob a drag. However, Cart Racers 2 rectified the situation.

Where else could you have crazy races involving the Rugrats, Ren, and Raphael?

A clever customisation feature lets you power up your driver and the tracks are much more interesting than the previous outing. In fact, for sheer craziness, it may even take the number one slot.

Also read: Check out the Most Popular Characters After the New Update of Genshin Impact