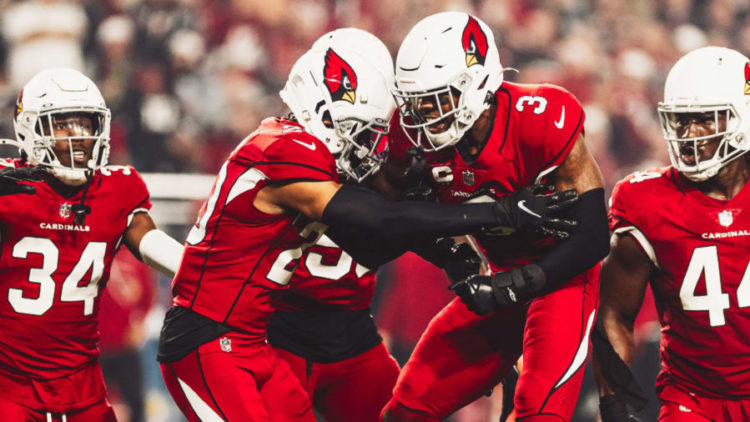 Football is one of those sports that entertains people of all ages. Especially if they are NFL matches, the craze is at a different level altogether. So are you of those crazy fans who make sure not to miss any of the NFL matches when your favorite team plays? If you are a blind supporter of the Arizona Cardinals, you are probably not in a good mood like them.

Just when they could finally make it to the playoffs for the first time in six years, controversy and speculation have not left them. So are you curious to know the matter in detail? Let us share with you all the relevant info regarding the same.

What Is The Controversy Centering Arizona Cardinals?

If you are an active user of social media platforms or watch the matches of the Arizona Cardinals, you must have come across the news that they have finally stepped into the playoffs for the first time in six years. However, the bad news is that things are not going well for them even after this achievement. Let us share with you the details regarding the controversy.

Just as when we thought that the Cardinals were finally going to have some good things this season, things took a bad turn since Week 14. As per the sources, they led the NFC West and the entire conference for much of the season.

At this time, their No. 1 wide receiver DeAndre Hopkins went down with a torn MCL in a home loss to a division rival, the Los Angeles Rams. So now, with Hopkins out, they lost three of their last four regular-season games. In fact, as a result of this, they got drilled in a wild-card playoff loss on the road to the Rams, 34-11. So it is indeed a difficult time for the Arizona Cardinals. They have to tackle all the problems well if they want to make a comeback.

Will It Be Possible For The Cardinals To Make A Comeback?

Many of our readers are probably worried about whether their favorite team can make a comeback this season or not. Let us share all the relevant details that will answer your question. If you look into the statistics, you will figure out yourself that it is indeed difficult for the Cardinals to make a blazing start that they did last season. Do you know the reason behind this?

Well, this is primarily because they have to play their matches without one of the best wide receivers in the NFL for the first six games of the season. According to ESPN’s Adam Schefter, the authorities will suspend Hopkins for six games. This is due to a violation of the league’s performance-enhancing drug policy. At the same time, Hopkins did not take the COVID vaccines; instead, he’s using substances banned by the NFL. You can have a look at the video here to know about it in detail https://youtu.be/FV_K5ZPFOQ8.

How Will This Have An Effect On The Cardinals?

The controversy centering on their star player Hopkins is not at all great news for the Cardinals. It is primarily because of a few reasons. Firstly, their offense is significantly better with Hopkins in the lineup.

So with the help of a balanced roster, their defense finished the season ninth.  Therefore, without Hopkins who provides an unguardable force at wide receiver, it will become pretty difficult for the Cardinals to win the matches, especially for quarterback Murray.

If you have followed the Cardinal’s previous matches, you will know that their relationship with Murray has been a bit rocky since the playoff loss. This is because he reportedly pulled himself out of the game at the end. Here is a video that will show what he feels about the Cardinals https://youtu.be/8Kx7H6vwI0o.

Also, later during the offseason, he erased all such posts from his social media accounts relating to the Cardinals. The organization also took the matter seriously. In fact, they felt that he needs to be a better leader and take more accountability.

So as we conclude, we can say that presently the Cardinals are in a precarious position. Even though they are trying hard to settle their internal affairs, they will still be without one of the best players in the NFL for a long time during the 2022 season. We hope they manage things well and make a remarkable comeback.

Also Read: Skip Bayless Criticizes LeBron James for His Weak Defense: Why Are The Lakers Having Such A Terrible Time This Season?