Skip Bayless Criticizes LeBron James for His Weak Defense: Why Are The Lakers Having Such A Terrible Time This Season? 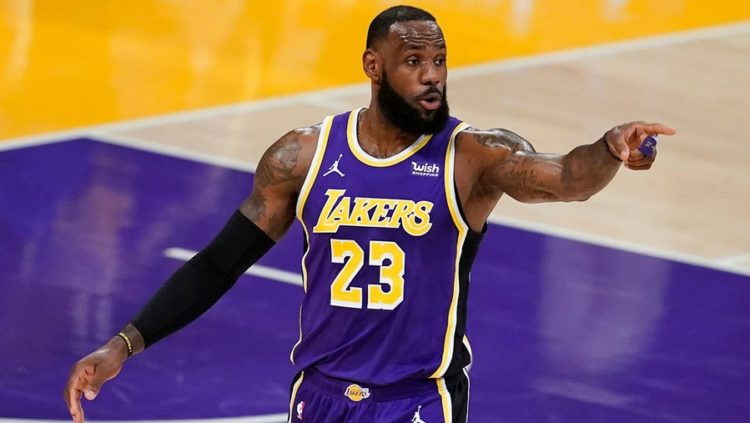 Games are always unpredictable. However, when it is a sport like basketball, a team can win or lose even during the last few seconds. You probably guessed why we are referring to it here. Yes, Skip Bayless again manages to call out LeBron James on an off-night after New Orleans Pelicans defeat the Atlanta Hawks in a nail-biting match. You can have a look at his reaction here https://youtu.be/PgslASi6XTw.

As per the sources, Jonas dropped 26 points and grabbed 12 boards to lead New Orleans Pelicans, thereby overtaking the 10th-seeded Lakers. Well, the match was pretty exciting. Let us share with you all the details regarding this outstanding match. Let’s get started!

Some of the News Concerning the Match

Since you are reading this article, it is pretty evident that you are eager to know about some of the exciting details of the match. You are in the right place, as we will share all the relevant info here.

As per the sources, LALakers superstar LeBron James has been criticized for not leading the Lakers to more wins. Even though they had nearly 30 points this season, they failed to win it. In fact, the famous sports media personality Skip Bayless has also compared Michael Jordan’s time with the Washington Wizards to King James’ current season. Moreover, he had also blamed James’ inability to finish the job. Have a look at this video to see what he says

People might have forgotten the two years that the famous basketball player MJ had spent with the team; however, they have brought it up to emphasize the poor season the Lakers are presently having by Bayless. Needless to say, James and the Lakers have struggled all season long with their lack of chemistry and poor defense. So even though they have come into the season with aspirations to succeed, they are struggling to maintain their place in the event.

Can LeBron James & the Lakers Salvage this Season?

Never bet against LeBron James. But it's not a good idea to bet on the Lakers being able to sort out their roster & chemistry issues. My dispatch on why LeBron's greatness in his 19th season won't be enough to salvage the Lakers https://t.co/1L01a5T2pk pic.twitter.com/Gz7E5iGoKE

Many of our readers are probably wondering if there is any chance for LeBron James and the Lakers to salvage this season. Well, let us share with you the details. It is already March, which means the season will continue for quite some time now. However, the Lakers have not proved themselves in front of their millions of fans. But if you judge from their performances, you might figure out that there is very little chance for them to make the postseason.

Suppose the season ends today, the Lakers (29-40) and the New Orleans Pelicans, who are in the 10th position, will probably hold the final two play-in tournament spots. Moreover, the SanAntonio Spurs (27-43) and Portland Trail Blazers (26-42) are still 2.5 games behind the Lakers.

Furthermore, Los Angeles is 2-9 since the All-Star break and 8-221 since Jan 9th. They have not won any consecutive games since Jan 7th. In fact, the Lakers had last won a match on Jan 25th. As per the sources, three of them are on the road out of their next six games. Do you know what is helping the Lakers to stay in the ninth position? Well, it is the performance of San Antonio (3-7 in its last 10 games) and Portland (2-8). They are not providing much of a chase to the Lakers. The present position of New Orleans (5-5) is within the last 10 teams.

Why is Lakers Struggling this Season?

So are you wondering what the reason behind Laker’s bad performance is? It is because of Russell Westbrook’s performances. In fact, his acquisition was supposed to ease the workload on LeBron James; however, he has ended up compounding it.

Furthermore, the former OKC Thunder superstar is leaking turnovers. At the same time, the pace with which he plays is also not suited to the NBA’s oldest roaster. He is averaging 3.8 turnovers per game this season, as per the sources. In addition, Anthony Davis’ injury has also sealed the fate of the Lakers.

The media often criticizes James for his weak defense; however, he is still trying to put up MVP-caliber numbers. So the only way forward for the Lakers is to put Westbrook with the second unit and give the ball to James the entire time he plays.

By now, you must have understood that the Lakers need to figure out things quickly to do well in the next matches. They still have 13 games to play; therefore, they should devise their strategies accordingly.