The Best Moments and Performances of 2020 CMA Award Night 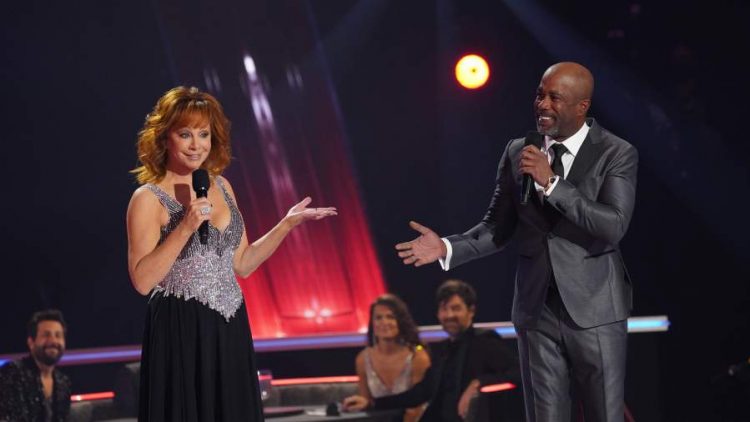 The 2020 CMA Awards happened at Nashville’s Music City Center this Wednesday. Some of the popular names in country music took part in it and enjoyed it. There were great performances in the event and also many gave powerful speeches. Some of the moments became the highlight of the event. The hosts of the events were Reba McEntire and Darius Rucker. They both gave performances in the event as well. Then, the show also featured Chris Stapleton, Morgan Wallen, Luke Combs, and Thomas Rhett.

Know all the details about 2020 CMA Award Night here.

Some of the interesting moments are Morris got three awards in the event. She got two for her song ‘The Bones”. Then, Miranda Lambert made CMA history as the most nominated female artist. She got nominated for fifty-five awards in this event.

The great opening by offering tribute to Charlie Daniels

The show began with an excellent musical tribute to the icon Charlie Daniels who is no more. Some of the country stars who performed the medley are Brothers Osborne, Jason Aldean and Ashley McBryde. They performed some of the great hits of Daniel like “The Devil Went Down to Georgia”.

The performance of Morgan Wallen

One of the big highlights of the night was the performance of Morgan Wallen. He is a rising country singer. He sang his song titled More Than My Hometown. There was also a Sneedville road sign in the backdrop to honour his hometown Sneedville, Tennessee. Later, he also received his first CMA award which made his day. The category of his award is New Artist of the Year. So this will inspire him to create even more excellent songs in the future.

Morris received the award for the category of Song of the Year for her song “The Bones”. She wore an attractive black dress for the occasion. The singer shared that she is proud of coming from Nashville, Tennessee. Then she told that all of her friends are in the category and she has grown up listening to their songs in Youtube. The award meant so much to her. After that, she performed “The Bones”. To her surprise, she also received the singer of the year award and also Female Vocalist of the Year.

The debut of Justin Bieber

The singers like Justin Bieber, Shay Mooney and Dan Smyers made the occasion even more interesting by their performance of 10,000 hours. The performance got filmed at the iconic Hollywood Bowl located in California. It had eye-catching blue and purple lights with no audience. So it was quite dream-like to watch them perform.

The hosts of the show Reba McEntire and Darius Rucker honoured the late Mac Davis. He died in September at age seventy-eight so the hosts sang his song “In The Ghetto”.

The ending with Eric Church

Eric Church received the most important award of the event. He won the category of Entertainer of the Year after getting nominated four times for other awards. The singer gave a great acceptance speech that inspired many people. He said that music unites people and it is going to save the world. Many got moved by the speech.

These are some of the amazing moments that happened in the 2020 CMA Award. It became the best night of many singers as they received awards for their effort and talent.