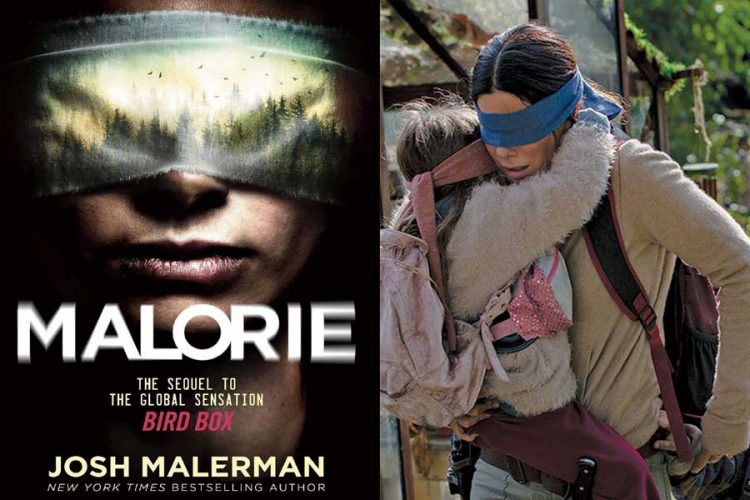 Malorie is the name of the main protagonist of the Bird Box novel that got adapted into a film. The film received a lot of good response from the audience and critics because of the plot and theme. Sandra Bullock portrayed the character, Malorie, in the film which she did exceptionally. The author Josh Malerman is going to take the readers to yet another horrific journey. Malorie will be the title of the sequel of Bird Box which will present the story of the survival of main characters as they get hunted by creatures that they should not see. Find all the details about the upcoming novel here.

What led Malerman to write a sequel?

Malerman started to think about the sequel for his novel when he saw the film adaption of his novel Bird Box on Netflix. After seeing the film he wanted to know what happened to Malorie and his fiancé told him that it is up to him to tell what happens to Malorie. The audience is aware that after her strenuous journey, Malorie along with her children escapes from the creatures and settles in a summer camp. So the announcement regarding the sequel came in March 2019. Malerman shared about his writing process to be “very fluid”. He also shared the challenge of writing a novel about a world where people cannot see their surroundings. At first, he planned on adding some instances from the first novel to Malorie but left that idea.

When did the book release?

The novel was set to release in October 2019 but the date got postponed. Now it released as hardcover and ebook on July 21, 2020. There is also an audio format available narrated by Cassandra Campbell. She is also the one who narrated Bird Box.

Many critics shared that the novel aptly balanced the supernatural and family drama. So the readers can get the copies now and read it as it is brilliant.

A short synopsis of Malorie

Malerman starts the novel from where he left in Bird Box. Malorie is set twelve years after the first book. She and her two children are residing in a summer camp carefully surviving in a post-apocalyptic world inhabited by creatures that turn humans insane when they see it. Malorie is very protective of her kids and strictly asks them to follow routines to survive. But she takes on another thrilling journey when she learns of a community of survivors living far off from where they live.

In the shelter, her parents may be present so she plans a journey to reach the place they live. However, there is also news that the mysterious creatures are going to pose new threats to the survivors based on new findings by researchers.

The novel is also going to get a movie adaptation which will surely be great based on the success of the first film. A short excerpt of the novel also got released by Malerman that portrays the glimpse of the thrilling episode that Malorie goes through in the novel. Moreover, the novel will also connect the masks with the blindfolds the characters wear to escape from the creatures.

Malorie is a tale that depicts the horror experienced by the survivors in a universe invaded by mysteries’ race of creatures. Will the new novel reveal the origins of the creatures? We have to read the novel to find it.

Also read: 6 Thriller TV Series: If You are a Fan of Thrillers