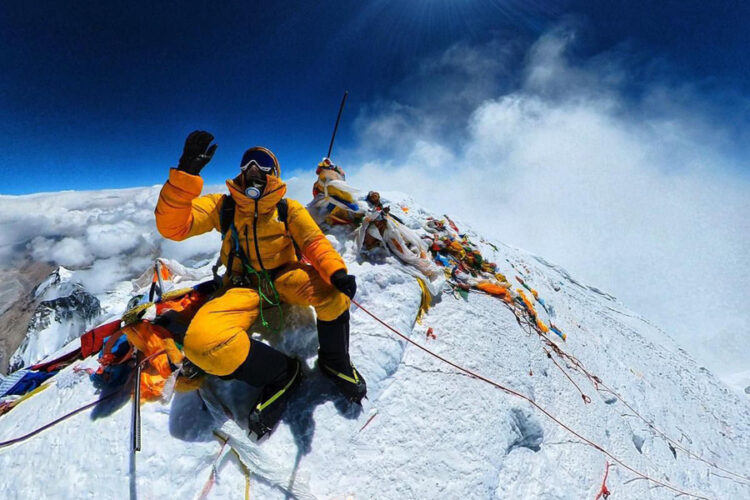 Mount Everest is the highest peak or tallest mountain in the world with more than 200 climbing deaths. The mountain has a great reputation for its extreme height but a terrible record for having many deaths. Many such bodies serve as guideposts or reminders for those who climb nowadays. Many people attempted to climb the tallest mountain to succeed in something big.

But unfortunately, all couldn’t achieve success.

Why Do People Climb Mount Everest?

Mount Everest is one of the top 14 mountains in the world that is over 8000 meters above sea level. This mountain is also known as Eight-thousanders. Climbing this level is difficult, as it is dangerous to the heart and lungs. Mountaineers should have enough physical and mental condition to climb this tremendous height.

George Mallory was one of the popular people who tried to climb the mountain for the first time. When asked his reason for climbing Everest, he replied, “Because it’s there”. After 75 years, his body was found on this mountain.

Over 200 Dead Bodies on Mount Everest

One of the famous dead bodies on Mount Everest is Tsewang Paljor, with green boots. He was an Indian climber and ex-constable and worked in the Indo-Tibetan Border Police. He went on an Everest ride, but unfortunately, he died found his body on 10th May 1996.

Paljor was the unfortunate man trapped in the 1996 Mount Everest Disaster. It was the deadliest disaster that happened in Mt. Everest’s history. He came with a group of three people and was the first Indian to climb this deadly height. Unfortunately, for the Indian team, it was the worst time to suffer from the disaster of Mount Everest in 1996.

Due to the storm rolling in, one couldn’t see, and there was zero visibility with a sudden drop in temperature. After struggling a lot, Pajlor found a small cave to rest inside, and he missed his accompanied friends. Such a cave eventually led to his final resting place. He died in the same place wearing green boots, which are a great landmark for climbers today.

David attempted to climb the mountain in 2005, and he became of English descent. He was one of the members of the organized expedition. Due to bad weather, the group planned to move back. But David didn’t go with them, as he wanted to climb the deadly mountain. After struggling a lot, he reached a small cave to rest.

After resting in a small cave, he froze in the same place. Though 40 other climbers crossed him, they didn’t help David. Because such a group thought him to be Green Boots, thus, they left him without providing any help.

Fortunately, a group of Himalayan people living on the borders saw David. They found him to be alive and heard some murmuring sounds. When they were about to reach David, he was already bad, frostbitten, and serious. The man kept on repeating his expedition number and name.

After providing enough oxygen, the Himalayan people tried to help David climb. But David was not in a condition to stand or walk. Thus, realizing this fact, the border people exposed him to sunlight exposure for getting some warmth. Then, the Sherpas went to get help from the base camp. But by the time they returned to David, he was no more.

A documentary crew first found David alive but couldn’t help him. The crew had cameras and took photos and footage when they crossed David. Mark Inglis was the chief of this crew.

3. Other Dead Bodies on Mount Everest

Some of the popular Mount Everest bodies were,

How Do People Die on Mount Everest?

The cause of death while climbing Mount Everest seems different for different climbers. The leading cause of death is altitude sickness. It will cause the person not to continue the deadly height. The main reason of Mount Everest’s bodies is not available soon after the climber disappears.

When the person becomes too ill or can’t continue climbing, it will affect the oxygen level of such victims. A cardiac arrest or heart attack is another reason, even for young and healthy climbers. When they fall suddenly without knowing, the snow will just bury the climbers and kill them. This is another crucial reason for getting many Mount Everest bodies.

1. Crevasses and Falls on Mount Everest

A crevasse is a hidden crack that happens suddenly on the ice layer. When such a layer of ice breaks suddenly, there is a great chance that climbers to bury inside the ice layer. One can see large crevasses anywhere in the mountain.

For safety reasons, climbers took strapped ladders to the ice along with ice screws. Climbers should manage to walk over this ladder to avoid any health issues like

Falling is another terrible reason for Mount Everest’s bodies. Even alive, you couldn’t escape any falls or traps on this mountain. Likewise, many dangers are emerging out of climbing Mount Everest. Despite these risks, people continued to climb this deadly tallest mountain and wanted to succeed.

It is not so easy to climb and get back from Mount Everest. So, if you are bold enough and have good knowledge, you can surely try to climb this mountain.

Also read: 5 Most Prominent Trekking Trails In The Everest Region