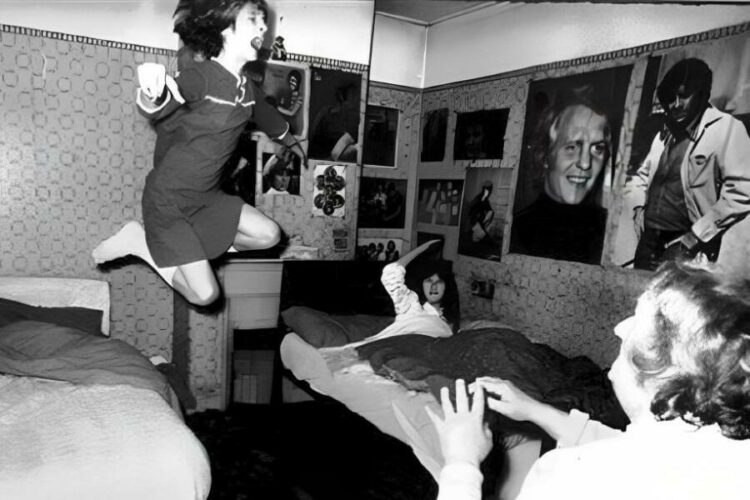 The horrific haunted home tale The Conjuring, which has real-life connections to the Perron family, rapidly won the hearts of horror audiences.

The demonologists Ed and Lorraine Warren’s research into the evil spirits terrorizing a Rhode Island farmhouse followed in The Conjuring. This scary tale becomes much worse because the Perron family was a real-life subject of their investigations.

The Perron family, which includes Roger, Carolyn, and the kids Andrea, Cindy, Nancy, Christine, and April, is the focus of the 1971 film The Conjuring. They soon discover that the evil Bathsheba is haunting them. What initially appear to be harmless paranormal happenings gradually turn horrifying. The film skillfully uses hidden areas and moving shadows to evoke the same sense of fear as the Perron family does.

The fanbase of The Conjuring developed swiftly. The written disclaimer “based on a true story” is one of the scariest things for viewers more than anything else. Since its release in 2013, The Conjuring has spawned several spinoffs and sequels that examine further Warren cases. Plus, origin tales focus on the haunting artifacts in the Warrens’ collection.

The Old Arnold Estate in Rhode Island purchased by real-life Roger and Carolyn Perron for a quiet existence. A 200-acre estate was first constructed in 1736. It appeared like a wonderful place to raise five children or, allegedly, the ideal site for a horror movie. The family immediately sensed something was amiss with the property. Andrea Perron, the family’s eldest daughter, said something was going wrong in the house. The seller handed the family the keys and gave them one piece of advice: leave the lights on at night. He did not mention the location’s rape, murder, or suicide history.

They were welcomed to a home that groaned, slammed, and murmured at night amid a cold winter. The only girl with a private bedroom was Andrea Perron. Cindy and April shared one, while Christine and Nancy shared another. However, as night fell, Andrea’s sisters would sob hysterically into her bed. Cindy, who was eight years old, wept to Andrea about how she overheard a repeated whispering in her room stating, “There are 7 dead soldiers in the walls.”

The family said that the house was full of spirits. One kept them up at night by wailing “Mama”. At the same time, another was known as Manny by the daughters.

Andrea further claims that in addition to these spirits, the family also encountered others that smelled like decaying flesh. Also, it made the beds lift off the ground. She alleges that whenever her father entered the cellar, he sensed a “cold, smelly presence behind him”. However, Roger occasionally ventured down when the heating system would inexplicably break down.

The family lived there for over a decade. Also, the Warrens often came to the house to investigate. Andrea also conducted séances on Carolyn, which caused her mother to levitate. Moreover, Carolyn Perron became possessed, rising from the ground in her chair and speaking in tongues during the seance.

Worried about his wife’s mental stability after the seance, Roger removed the Warrens from the house. Andrea claims that the family remained in the home because of their financial mess. However, they were able to move out in 1980, when the hauntings stopped.

The Conjuring’s Real Story: Know Where is The Perron Family Now?

The Perron family spoke openly about their experiences. Regarding their experiences at the house, Andrea wrote a book in three parts called House of Darkness House of Light. She also used a quotation from Frank Lloyd Wright stating, “I believe in God, but I call it Nature”. Further, the Conjuring’s production was overseen by both Lorraine Warren and the Perron family. The movie had the backing of every Perron. Andrea claims that the filmmakers had to lessen the terror compared to what truly occurred.

Many people have owned the Old Arnold Estate since the Perron family departed. When The Conjuring was released, Norma Sutcliffe and her partner Gerry Helfrich were residents of the estate. They claimed they had never encountered any paranormal activity. They even went so far as to sue the film company for the harm caused by fans who had entered their property without permission. Owners of the property at the moment, however, report differently.

The Sun Journal reported that Cory and Jennifer Heinzen bought the property in June 2019. For the benefit of any The Conjuring followers, the Heinzens indicated an interest in allowing visitors to the estate, which for many years haunted the Perron family, to film a documentary or perhaps even take tours. They claimed that the ghostly sounds like distant footsteps and slamming doors bother them.

Here’s all we know about the conjuring real story. Even after leaving the haunted house, the Perron family is still trying to recover from their previous experiences. Stay tuned for more such interesting stories!

Also read: The Conjuring: The True Story Behind the Perron Family