The Herald Secret Skin In Fortnite Chapter 3 Season 4: How To Unlock It? 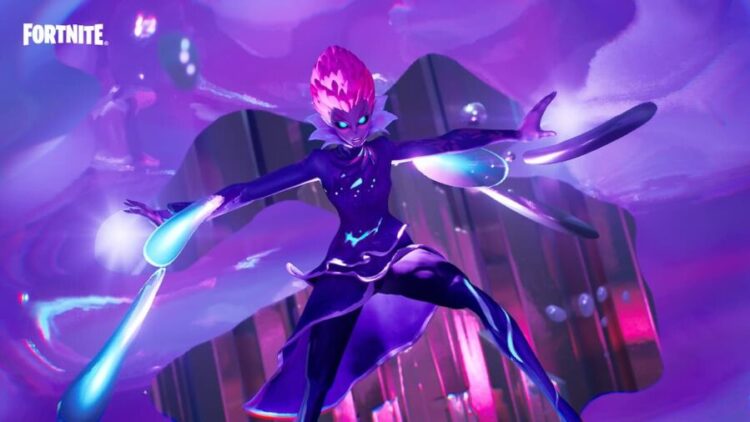 The Herald secret skin has already created a stir in the Fortnite community. In fact, since its release in 2017, Fortnite has become one of the most popular games in the gamer community. It has also won multiple awards. Among the three modes of the game, Fortnite Battle Royale has been the most successful one. In fact, it has been an overwhelmingly successful release. However, in Chapter 3 Season 4, a particular skin has gained a lot of attention from gamers.

Yes! It is the Herald secret skin. On the 18th of September 2022, the new season update hit the server. Therefore, Fortnite Chapter 3 Season 4 is already here for us. This latest season update features the Chrome theme, along with a whole new set of new areas and tricks. Like every new season, this season too contains a new Battle Pass. This Pass enables you to get many exciting characters. However, the new secret skin has gained the attention of gamers to the maximum. It is called the Herald secret skin. If you are interested to know the process of unlocking this new secret skin, then this article is the perfect stop for you. Keep reading this article to know more about the new secret skin.

The Herald, a villainous mastermind who is very well-known in the Fortnite community, is the new secret skin. In fact, it is not easy to get the new Herald secret skin. It is true that the Battle Pass will give the players access to numerous new characters, including the Spider-Gwen. However, it will not give you direct access to the secret skin. For that, all you need to do is to wait for a little while.

Process Of Unlocking The Secret Skin

It is important to state at the very beginning that at present, the Herald secret skin is unavailable. However, we can make a guess of the process to unlock it. It is assumed that the process will be similar to the way we unlocked Indiana Jones or The Foundation, in the previous season. This, therefore, suggests that the developers would add a separate quest to the game. This quest, in turn, will allow the owners a chance to unlock the new secret skin.

As of now, we do not have any official announcement regarding the time of arrival of the Heral secret skin. Therefore, the gamer community is boiling with anticipation regarding the new secret skin. However, in the official blog, Fortnite assured Chrome users that the secret skin will drop in the later part of the season.

The Herald secret skin has, therefore, created high excitement among the gaming community. In fact, this secret skin has become the centre of attraction in Fortnite Chapter 3 Season 4. Therefore, since the beginning of this new season on the 18th of September, the Fortnite community has been anticipating the arrival of the skin. However, as of now, we know nothing about the exact release date of the secret skin. But, following the announcement of FOrtinite, we can hope that the skin will drop sometime in the later part of this season.

Also read: The New Raids Mode in Modern Warfare 2: All You Need To Know