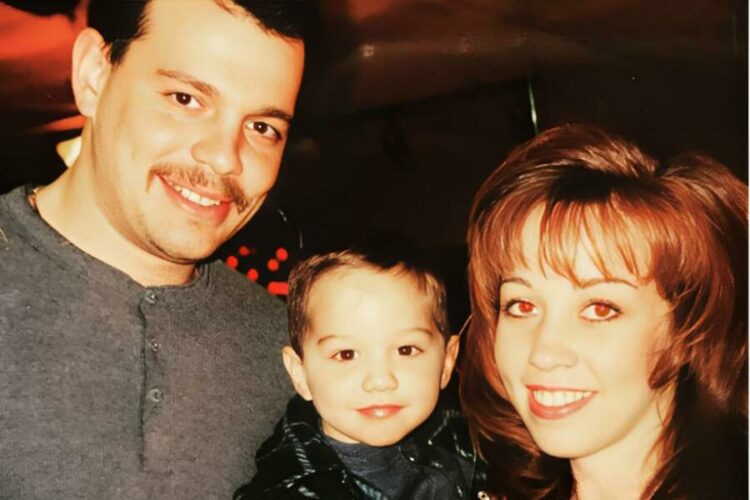 Most people only recognize Scott Davidson as Pete Davidson’s dad or as the 9/11 firefighter from New York City. But he is more than this. He served others as a bartender, coach, and substitute teacher before passing away under 1.8 million tonnes of debris.

People last observed Scott assisting with the Marriott hotel’s evacuation just before the North Tower fell on top of it.

Pete Davidson lost his father in lower Manhattan during the September 11 attacks when he was only seven years old. He inked his father’s badge number permanently on his arm as he dealt with the trauma for many years. The actor, a familiar figure from Saturday Night Live, honored his father’s memory in 2020 with The King Of Staten Island.

Pete Davidson’s dad, Scott Matthew Davidson took birth on 4 January 1968 in Brooklyn, New York. He was two years old when his family relocated to Staten Island. Scott and his brother Michael, raised by Steven and Carla Davidson, prowled the borough like two robbers who found a bag of gold. Moreover, sports were the greatest source of enjoyment for Scott Davidson.

Early on, he showed his athletic ability. He played baseball for the Great Kills Little League as an all-star in elementary school. Scott Davidson played basketball at St. Joseph By-The-Sea High School for four years. In 1986, he won the Jacques Classic All-Star High School Game. Plus, he was named Most Valuable Player.

How Pete Davidson’s Dad Lived to Help Others?

He never gave up his intense love of athletics while pursuing a bachelor’s degree in history at the College of Staten Island (CSI). Davidson, a player of the CSI Dolphins, won the Melvin Barmel Memorial Award. Plus, recognized as CSI’s Male Athlete of the Year before graduating in 1990 as the basketball team’s captain.

After graduating, Davidson obtained a teaching license to work as a substitute. But he was set on becoming a firefighter. He referred to it as the “best job in America”. He continued to think about it even while attending graduate school to become a teacher.

On November 16, 1993, his wife Amy gave birth to a boy. At that time, he was serving as a bartender at the Armory Inn in Westerleigh. Then, he joined the New York City Fire Department. He passed the firefighter’s exam four months later.

However, Pete Davidson’s dad continued to practice as a teacher. Plus devoted a large portion of his time to working as a substitute teacher in Brooklyn. Even in his last few days, he continued to work as a bartender. At the same time, he spends the rest of his time with his daughter Casey, who was born in 1997, and his lovable son Pete.

On September 11, 2001, the first plane hit the World Trade Center’s North Tower at 8:46 a.m.. While Davidson was working shift with Ladder 118. And just after 9:03 a.m., when the second plane struck the South Tower, the company received a call to respond to the scene.

And as they sped across the Brooklyn Bridge, a photographer on a neighboring rooftop photographed their fire truck on what would ultimately prove to be a tragic assignment. That day, all six of the truck’s occupants passed away. And The Daily News main page featured “The Last Run of Ladder 118.”

The authorities instructed Scott Davidson and the other guys to assist with the evacuation of the Marriott World Trade Center, a hotel tucked between the North and South Towers. They had already saved the lives of some 200 individuals trapped in the North Tower’s rubble when it collapsed upon the hotel at 10:28 a.m.

After 9/11, the entire world was in mourning. But those who lost close ones in the attacks were grieving more intensely than anybody else. Later, according to Pete Davidson, he was glad his father died when he was still a child since he was too young to comprehend what was happening.

While struggling with suicidal thoughts as a teenager and pulling his hair out on purpose to go bald, he also started performing stand-up comedy to deal with the pain and quickly gained notoriety. Pete Davidson joined the cast of Saturday Night Live in 2014 while helping his mother, a school nurse, pay the bills.

The most moving part – was perhaps when Pete Davidson made his debut as a starring man in a movie he made in honor of his father. Much of Scott Davidson’s story was fictionalized in The King of Staten Island. But it still shows how much his 33-year-old idol meant to him.

Also read: Know about the Tragic Story of Blake Fielder-Civil and Amy Winehouse