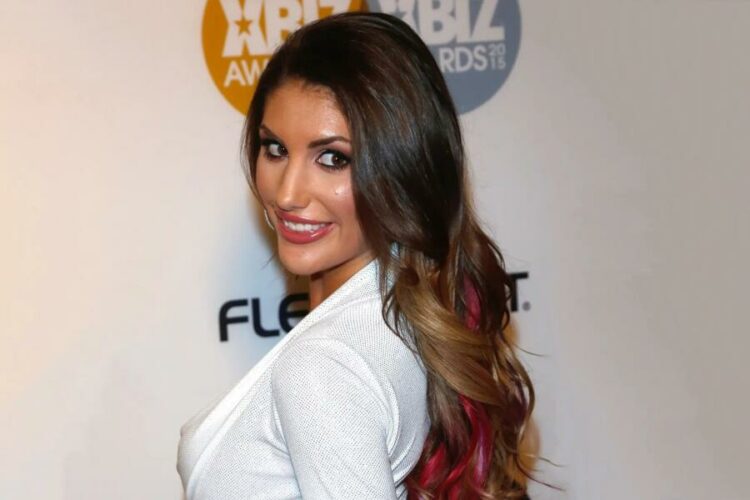 August Ames was a Canadian adult film actress. She was born on August 23, 1994, in Nova Scotia, Canada. Her birth name is Mercedes Grabowski. She is popular for appearing in Web Scenes and Videos. At the age of 19, she entered the entertainment industry. She did her first shooting with the film studio ‘PP Network’. Then, she began to appear as an actress and worked with many studios like

Regarding her parents, there is no information available on the internet. But according to some reports, she was from the Army family ground and their roots in Poland. Also, about her education, there needs to be data. But she married Kevin Moore in the year 2016. Her husband is an adult film director.

How did August Ames Become a Successful Adult Star?

In 2013, August entered the pornography career as a former Nova Scotia resident. For major companies, she made her appearance in X-rated movies. Some of them include,

She became a rising star in the adult film industry in 2015. Then, the adult film star was in the nomination for the first time for ‘Best New Starlet’ in 2015. Furthermore, she was nominated for Female Performer by AVN Nominations in 2016 and 2017. Even XBIZX Awards nominated her for the ‘Female Performer of the Year.’ Recently, she was again in the same nomination in 2018, but she is no more now.

The actress maintained a sexy figure of around 5 feet 6 inches. Her body weight is 52 kg. She had many fans for her attractive body figure of 32-23-28 inches. She had brown eye color with brown hair color.

So, within less time, the actress appeared in many of around 270 adult movies.

But she missed adding that it is her right to decide with whom she might have sex. If some people don’t want to work with crossovers, then it will be their right to declare their decision.

Based on Kevin Moore’s report, Ames was the kindest person he ever knew, and she was the world to him. Several adult film industry members used social media to express their grief and shock over Ames’ sudden death.

But it was clear that the reason behind her suicide was cyberbullying. August’s brother James said he wants to consider her sister’s death a serious issue. Based on his report, bullying is not good since it took her sister’s life.

Could Anything Else Be the Reason Behind Her Suicide?

So, the reason behind her death could be a combination of three things such as

Thus, the author and investigative officer, Ronson, cleared that one couldn’t guess the truth behind her suicide.

Therefore, there are many reasons behind the death of August Ames by suicide. Based on reports, it was clear that she died out of suicide, and there is no foul play behind her death.