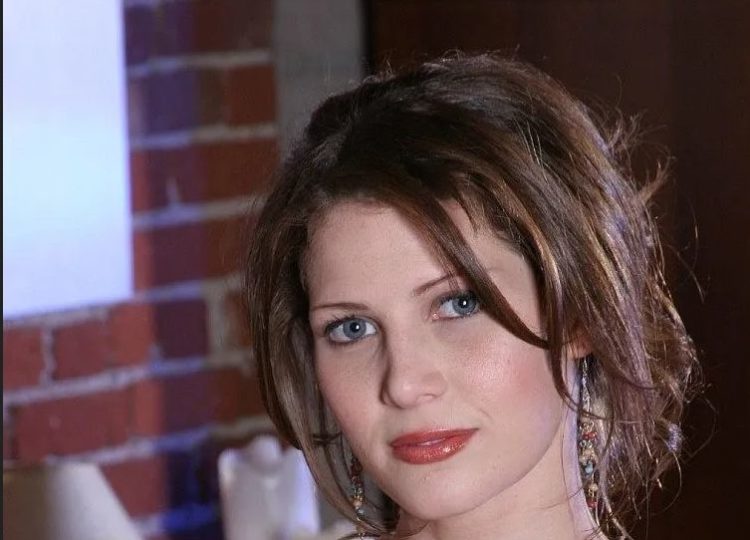 Jenni Lee, the famous po*nstar, is facing hard times in her life. The po*n industry is a glamorous world. The industry has produced numerous popular po*nstars, whom millions of fans follow on social media. Check out the social media profiles of many well-known po*nstars. Their number of followers will overwhelm you. However, at present things seem out of place for Lee.

Jenni Lee, whose real name is Stephanie Sadorra, was also a popular face in the adult industry. In her days, she was one of the most famous actresses in the adult industry. In fact, she holds the 119th spot on the list of the Best Po*n Actresses in the World. He entered modeling at the age of 19. She even featured in a few TV commercials. At the age of 21, she first featured in an adult movie

But now, the 37-year-old beauty is homeless. A certain situation seems to have forced her to live underground in the tunnels of the Las Vegas strip, in order to survive. Read the article to know more about her.

The wheel of fortune is never static. It keeps rolling. Therefore, one can never be sure about one’s fortune. There have to be ups and downs in it. At one time, fortune might take us up to the uppermost point. The other moment it can throw us down. The same seems to have occurred to Janni Lee.

According to Lee’s IMDb profile, her last appearance in an adult film was in 2016. After that, her life is completely different now. Far away from the limelight, she now dwells in the  200 miles of tunnels beneath Las Vegas. She shares the place with many other homeless people.

After vanishing from the limelight, a crew of Dutch Documentary filmmakers located her in her underground bunker. They were filming a documentary on the homeless people. They came across Jenni Lee by accident. However, Lee did not hide her identity. On being interviewed by the crew, Jenni confessed that both Ewout and She were in the adult industry together. When asked about her success in the adult industry she said that she was  perhaps “a little too successful.” She commented that she used to be “so hot.” But now she is far from that glamour.

Jenni Lee used to live amidst glamour in her days. But now, her condition has declined. She lives inside the tunnels under Las Vegas. There is no running water there. But Lee seemed quite happy with her situation. She claimed that living in the tunnel is not at all difficult. It is rather easy. She claimed that everybody around her is respectful. She said that she is happy with her condition as she is well accepted by everyone around her.

The tunnels are actually storm-drains. When it rains these tunnels often get flooded. The running water destroys the makeshift living arrangement made in the tunnel by the people. Thus there is a constant risk of flood. Apart from that, the tunnels are infamous for various criminal activities. Many residents of the tunnel have stood witness to murders and various other crimes down there.

Thus there is a constant risk of flood. But Lee claimed that she enjoys the hardships involved in her underground life. She insisted that these hardships have created a sense of community among them. Thus Jenni Lee seemed happy with her present condition.

Once Lee was a famous actress in the adu*t industry. She was widely admired for her beauty. Even now she holds the 119th spot in the Po*nHub list of Best Po*n Actresses of the World. She has starred in numerous a* films and also TV commercials. She lived among all comforts of the world.

But now, she dwells in the depths of the infamous tunnels under Las Vegas. She lives amidst the constant threat of being flooded, as the tunnels are storm drains. But she seems pleased with her condition. She doesn’t complain. Well, the situation teaches us such great lessons of adjustment.

Also Read: What Happened To Belle Delphine? Why is She Not Available on Twitter?