The Investigation Case of Jose Luis Moreno: Does it Point to Santiago Segura? 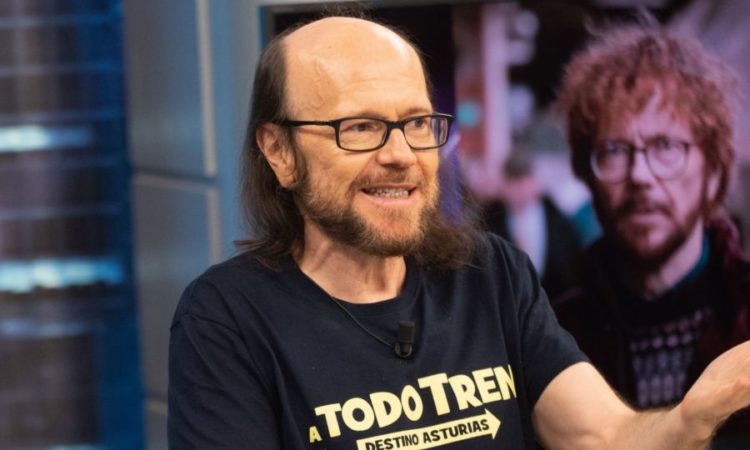 When a celebrity gets involved in criminal cases, the news becomes sensational overnight. Especially when it concerns the famous film and television producer José Luis Moreno, it is indeed going to make the headline. As per the news, the investigation of “Operation Titella” on the celebrity José Luis Moreno’s alleged economic disparities continues its course.

There are some serious allegations like fraud, money laundering, forgery of documents on this producer. Presently he is free on bail of three million euros. Things are pretty tense now for this celebrity. So would you like to know more about this trending news in detail? Stay with us until the end if you want to know about everything. Let us dig in!

What are the Allegations on José Luis Moreno?

As we discussed above, José Luis Moreno is presently under investigation due to economic disparities. According to La Vanguardia, the documents that the National Court possesses support Moreno’s active role in the network of companies whose activities have earned him these accusations. Therefore, allegations like fraud, money laundering, illicit association, forgery of documents, and crimes against the Public estate are on him.

Presently, he is free on bail of three million euros. In fact, if you delve further into this case, you will come to know the actual matter. As per the news, José Luis Moreno would obtain money for different projects, which for some reason won’t be carried out later on. Moreover, he also had people like Antonio Aguilera and Antonio Salazar in his evil plot. They would help him create a precise financial network with companies that would not have any actual activity. However, they were not involved in moving the money.

As José Luis Moreno is concerned, concrete evidence proves him as the culprit. In fact, he was also pretty much aware of the illegality of the events. The authorities have already found notes and documents related to those events.

How is Santiago Segura Involved in the Evil Plot of José Luis Moreno?

One of the big names that recently came up with José Luis Moreno is the film director and producer Santiago Segura. As per the news from the case, Santiago Segura has played a major role in this scam. Santiago would have been a ‘bridge’ for Moreno to get a contract with RTVE that is worth 6,299,106.47 euros for a series. However, Moreno did not get it due to tax debts.

Jose had plans to create a ghost company that would be associated with Amiguetes Entertainment, which is the production company of Segura. According to the Civil Guard, since the ghost company was a small one and had no previous activity, Segura would serve as a guarantee. In fact, they would receive 500.000 euros for it. As per the news, the series that was never going to be made was named “Here I rule and dot.com.” They had also held many meetings and conferences to make it realistic.

Where did Santiago Segura Meet Jose Moreno for the First Time?

Many of our readers must think about where these ‘likeminded’ people met each other. Both Jose and Santiago worked together in Torrente 2 Mission in Marbella. Here Moreno was the ‘mafia boss,’ and Segura was an ex-policeman. In fact, till now, some diary entries include allusions to the contract of this film. However, Santiago denies all the allegations as false and claims to have no role in Moreno’s scam.

As time passes, we are coming to know many different things about Moreno’s case. The reports of the case also indicate that the series Glow and Darkness that Moreno had in production during his arrest had expenses that he did not adjust to the actual costs.

Therefore, there was a major economic loss for the co-producer, an Argentine businessman. Jose had utterly ripped him off. In an interview, the man had said that Moreno had charged him high production costs. This was to put pressure on his partner. Moreover, he used to do this much before the finishing of the shoot. So the co-producer faced a huge loss due to José Luis Moreno’s scam.

What is the Present Condition of the Case?

As per the news, the lawyer of José Luis Moreno argues in his resource that the proceeding of the magistrate was not correct. However, the situation is pretty tense. You cannot guess anything from now; the case can take any turn right now.

The companies which he had earlier duped are taking this case very seriously. They do not want to back out in any way. Since they have already found concrete evidence of the scam of Jose and his friends, there is no chance of dismissal of the case. Presently Jose is free on bail of three million euros. However, we are yet to see if the court calls him up again in the future or releases him ultimately.

By now, you must have understood that some celebrities often make the headlines due to their hand in several unlawful activities, just like José Luis Moreno is now presently ‘famous’ due to his major scams. As of now, we cannot say what will be the outcome of the case. So if you are curious to know more about this trending news, keep checking out our articles.

Also read: Who is Helena Zengel from News of The World?