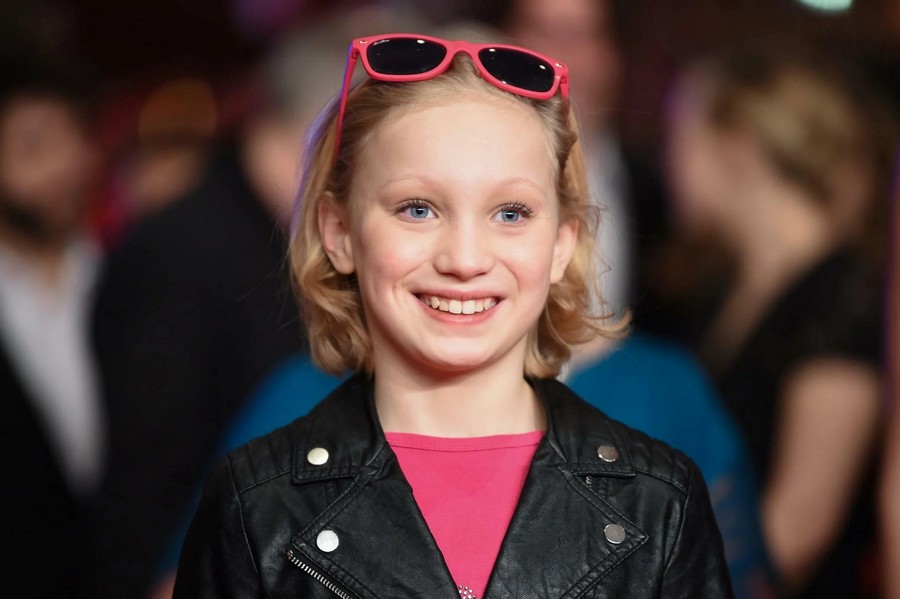 Helena Zengel is a popular German child actress. She appeared in the famous shows System Crasher and News of the World. She is now thirteen years old. News of the World is an American Western film by Paul Greengrass. Zengel acted with actor Tom Hanks in the film. She played as a young girl who was raised by the American natives Kiowa. In the film, she loses both her birth and Kiowa families. This film received positive reviews from critics who particularly praised Zengel’s performance. It grossed over 12 million dollars. Here find out all the details about the phenomenal actress Helena Zengel.

Who is Helena Zengel’s parents?

Zengel was born and raised in Berlin, Germany. He started his acting career at the age of five. She appeared in a music video for the Berlin Alternative rock band Abby. Zengel’s parents are musicians. The name of her mother is Anna Zengel and she is a professional singer. She also has worked as a radio jockey at B2 which is a German radio network.

As a child Helena was over-active. That is why her parents enrolled her in ice-skating classes. They also gave her encouragement to try her hand at acting. In an interview, Helena’s mother shared “she had a function to society, so we had to figure out how to direct her energy”.

So Helena got the acting opportunity because of her mother’s friend. She was operating an agency that helped Helena to get minor roles. Fortunately for Helena, she did not need any acting classes. She had the talent naturally.

How is the career of Helena Zengel?

Helena Angel was part of two episodes of a German TV series titled Die Spezialisten – Im Namen der Opfer. Then she acted in the drama System Crasher directed by Nora Fingscheidt. It premiered in 2019 at the Berlinale. She played the lead role of Benni an aggressive kid with trauma. In 2020 she won the German Film Prize for the role.

System Crasher became the winner of many international awards. She was cast by Universal pictures to act as the lead of the American Western film News of the World. She played a ten-year-old orphan Johanna Leonberger. For this part, she was nominated for Golden Globe Award and Screen Actors Guild Award. In 2021 Helena acted as Nina in “A Christmas Number One” with Freida Pinto and Iwan Rheon. It is a heartfelt romantic comedy about a young woman who tries to save her uncle from a terminal illness.

Is Helena Zengel in social media?

Helena Zengel has a social media account. She has more than 29.6k. The actress also uses a website where her fans can find her bio, news, and contacts. She likes to enjoy it with her friends because she posts lots of pictures of it on social media.

How does Zengel describe her acting experience?

Zengel’s English accent has helped her to make her roles even more relatable. She is still learning English. In the auditions, she did her scene with her mom. It was really fun for her because she had to scream and bite her mom. Afterward, director Paul shared that she bagged the role. He held out his hand and said “It’s yours if you want it”. It was an overwhelming experience for her and she jumped with joy. She and her mom went shopping after that.

The previous directors she worked for had shared that she has a special talent. In the film News of the World, her performance particularly shines. She uses her cold blue eyes to show the range of emotions like affection, fury, and fear. These are all proofs of her good acting. Further, she exudes a sense of mystery which is great for a twelve-year-old. Zengel had shared that it was hard for her to do the quiet scenes. She said, “I don’t find it hard to do intense scenes or action scenes because I have a lot of energy and I’m really strong”.

She finds the quiet scenes hard because she has to show everything on her face without any words. Some of the favorite scenes in the films are when she was riding the horse. She is skilled at it. She has an Icelandic mare named Helka so riding a horse is one of her hobbies along with playing piano and sewing.

What is the net worth of Helena Zengel?

Helena Zengel started acting at age five. Now she is close to thirteen going on fourteen. Many sources claim that she could become one of the richest child actors right now. Her networth increased in 2019. She earned somewhere between $1 million to$5 million because of her film projects. The exact amount of her networth is not available.

Helena Zengel is one of the finest child actresses. Because of her talents, her fans can expect her in a lot of Hollywood projects in the future.