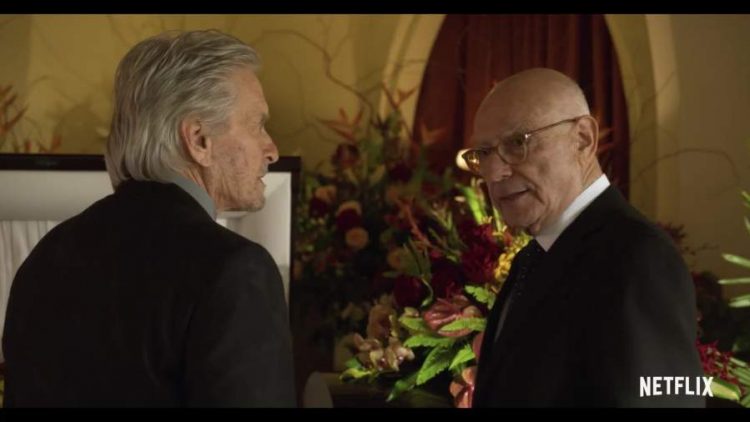 The Kominsky Method is a popular American comedy series made by the well-known writer and director Chuck Lorre. It released on Netflix on November 16, 2018. Moreover, the series received Golden Globes Awards and also nominated for many awards. Now the series is going to get The Kominsky Method Season 3 and it will serve as the final season of the series. Many actors are returning to reprise their roles but some are not coming back. Here is all the information you need about the series.

When is the release date set for The Kominsky Method Season 3?

The series got renewed for season 3 on July 2020. But there is no date out yet. We have to wait for some more time for the creators to reveal the date of release. The coronavirus pandemic also can disrupt the early release of season 3.

What is the plotline of The Kominsky Method?

The story is about “Sandy” Kominsky an actor who experienced success many years ago. But now he has become the acting coach and teaches may aspiring actors who want to make it big in Hollywood. There is also the coach’s agent named Norman Newlander. We get to see the everyday life of this duo. They both reside in Los Angeles a city that values talent and youth. The series contains both comical and emotional events.

The storylines of season 1 and 2 were about widowerhood, prostate issues, grief, addiction, young actors with dreams, old life romance, family life and friendships. The camera setup of the series is a single camera and each season contained sixteen episodes.

In the end of second season, Norman asks Sandy for his companionship as he is recuperating. Then Phoebe surprises Norman by coming with his grandson Robby. He is a Scientologist.  Mindy shares with Sandy about her plans to modify the acting lessons. Then Sandy confronts the guest teacher Allison Janney about her technique to teach in the acting lessons.

Moreover, Robby talks about the Scientology to his grandfather Norman. Lisa gives bad news to Sandy and he gets no support from anybody. Then he tries to get help from Norman but finds out that Robby is in trouble.

Most of the main cast members are returning to play their roles. Michael Douglas will return as Sandy Kominsky a successful actor turned acting coach in Hollywood. However many people’s favourite Alan Arkin is not going to come back to play as Norman Newlander. Then Sarah Baker and Nancy Travis will play as Mindy and Lisa. Mindy is the daughter of Sandy and Lisa is a student of Sandy who is learning acting.

Some of the actors will come back to play as recurring roles. Melissa Tang will reprise her role as the student of Sandy, Margaret. Emily Osment, Susan Sullivan, Casey Brown will also return to play as the students of Sandy. Moreover, Haley Joel Osment will come as Norman’s grandchild.

The Kominsky method season 3 will reveal how Sandy manages with his acting class. We do not know how the creators will fill up the void left by actor Alan Arkin as Norman. But they may think of something interesting. So stay tuned for the series.