The “Nudyr” Skin By Lil Nas X For Udyr, Storms The LoL Community 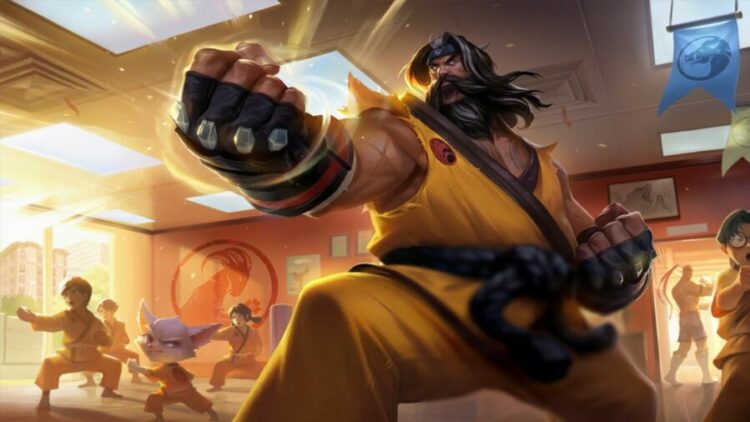 Lil Nas X is one of the biggest names in the music industry in recent times. In fact, he has won the Billboard Music Award multiple times. He has also bagged one American Music Award. In addition, he has also been a double Grammy winner. In his entire career, he has received 155 award nominations, winning 42 times. Therefore, it goes without saying that he is a hugely successful musician. In fact, it is also apparent that a musician with such great accolades will also have a huge fan base.

This video features a short appearance of a skin for the recently reworked champion Udyr, named “Nudyr”. This skin has already got a fandom behind it. In fact, it has stormed the LoL community. Therefore, if you are interested to know more about the Nudyr, then this article is the perfect stop for you.

Keep reading this article to know about it in greater detail.

The Nudyr by Lil Nas X

The trailer shows Lil Nas X trying to pitch Nudyr, a new Udyr skin. After the publication of the trailer, the Twitter account of the League of Legends tweeted a possible appearance of this skin. This skin shows the character of Udyr just with pixelated parts.

Also read: The New Raids Mode In Modern Warfare 2: All You Need To Know

However, this joke soon caught the attention of the LoL community. In fact, even before Riot, many others tweeted about the possible appearance of this skin of Udyr. In fact, G2 Esports jumped into the joke immediately with a tweet. In fact, the LoL fans seem to love this new skin concept by Lil Nas X.

The skin has an element of pun in it, suggesting both Udyr and the element of nudity. The fans started to tweet about the skin much before the official LoL tweet. However, after the official tweet, the Nudyr skin has become a popular meme element. In fact, this very concept has taken the community by storm. Thus it goes without saying that, Nudyr has a strong fan base behind it, within such a short time.

It is true that the official Twitter account of LoL has twitted the look of the Nudyr skin. However, there is no official announcement on their part, as of yet, regarding any chance of this becoming a reality. We also do not know, whether, in the first place, it is possible to include this skin idea by Lil Nas X into the game.

Though the skin is pixelated, it is really difficult to put it into the game. However, if this skin really makes it to the market, we might witness the best-selling skin in the history of LoL.