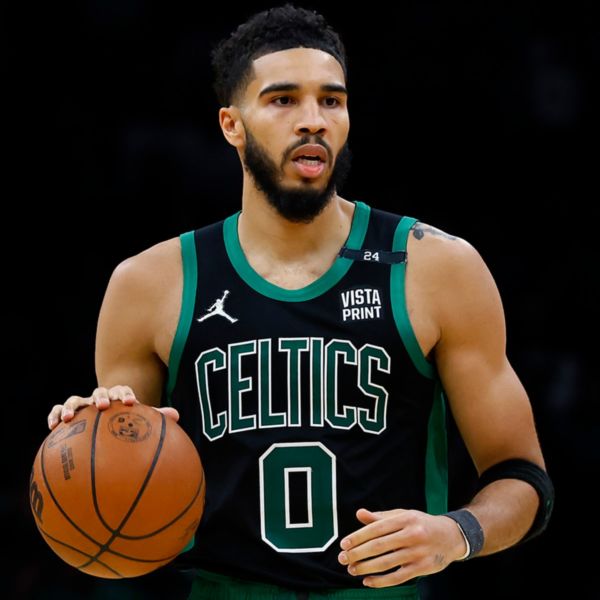 Recently, Jayson Tatum had a forgettable Saturday when his Boston Celtics played the Milwaukee Bucks in the 3rd Game. So, in that match, he scored four of his 19 shots from the floor. It went 0 for 6 from the three-point land and he finished it with a total of 10 points.

Furthermore, it wasn’t better either in Boston’s home loss in game no.1 when he went 6 for 18 from the floor. After the 3rd Game’s bad shooting effort and Boston’s 103-101 loss, it seems that Jayson Tatum’s not that concerned.

In fact, the 5th year forward and the 3 times NBA All-star said that he knows his game better than anyone else. He knows how to become better and he will do it for sure. Therefore, he’s under no pressure. However, that doesn’t mean that he will not be under the microscope for the rest of the series and beyond. So, it’s like, the pressure’s staring down at him at the moment, despite him denying it.

On 7th May 2022, in Milwaukee, Wisconsin, Jayson Tatum of the Boston Celtics played the match against Milwaukee Bucks on Game 3. It was the game of the Eastern Conference Seminals at Fiserv Forum.

Despite performing poorly in the match on Saturday, the Celtics rallied from a 14 points deficit in the late 3rd quarter to take the lead. However, the Bucks reclaimed the lead after playing a great game and that secured them two points victory against the Celtics. On Monday, the Celtics will look to even the series against Bucks.

If Boston Celtics want to take advantage, then Jayson Tatum has to play really well. In fact, he has to show up his true game for them to even the series. On this note, the Ime Udoka, the first-year Celtics coach does believe that Tatum will do that for sure in game 4.

He said, “We’ve had discussions throughout the year, about the way he can impact the game with everything he does besides scoring”…You can’t let your offense dictate the rest of your game. He knows that. He knows how important he is to the team…we kind of go where he does to some extent.”

Furthermore, he also wished that he would bounce back for the next game. What he had done after the lackluster performance on Game 2, he did bounce back in the next one. Therefore, the coach is hopeful that Jayson Tatum will surely do well in the next Game 4.

What Did Udoka Think About Game 3?

So first-year Celtics coach has also given his thoughts about the Game 3 against Bucks. Udoka said that the Celtics were doing a pretty good job of showing a crowd and being physical. However, he also mentioned that they were probably thinking a little too much on that day.

So, it was not an ideal game for Jayson Tatum as he had a bad shooting day. He mentioned that the match was just a one-off. Moreover, he was probably thinking a little bit too much about it.

On this note, it’s worth mentioning that Tatum has never been to the Finals of the NBA. However, he has played in the Eastern Conference twice now, once as a rookie and another in 2020. Currently, he is having a big contract and he may also become the leader. Though after the 3rd Game, he called it off.

He said, “It all comes down to I just gotta make better reads, and a lot of times it was for myself. Today that I was passed up. Obviously, I expect to play better and just come in here Monday trying to get a win.”