The Scariest Ghost Roads in The USA 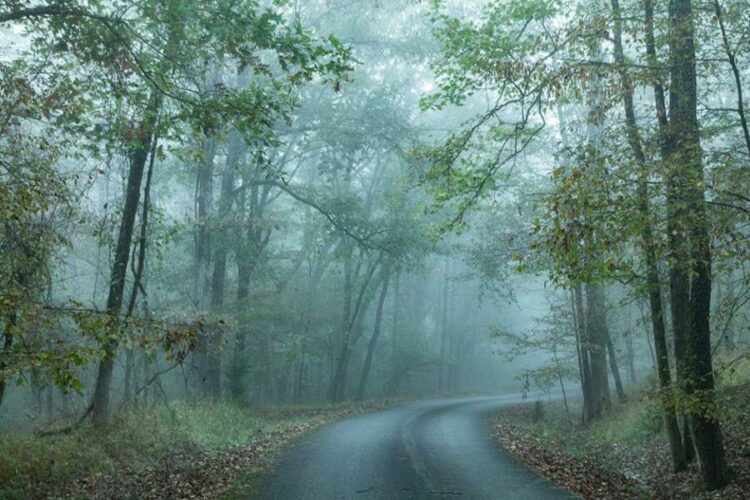 Thanks to modern science, there are fewer and fewer unanswered questions. At the same time, the mysteries and paranormal phenomena that need to be solved seem to never end. One of the most intriguing is ghosts. You can believe in them or deny any possibility of their existence. However, there are more eyewitness comments about the frightening and disturbing experience year after year.

To get acquainted with the undead, you don’t need to go to the cemetery at night or climb into an old abandoned house. It’s enough just to drive a car on the road. There are more than enough of them in the USA, and we’ll tell you about the five most interesting and scariest roads. However, you might find a car for this trip at the online car auction.

The tiny town of Willow Springs in Illinois, with a population of only five thousand people, may seem like a very quiet and peaceful place. At the same time, tragic accidents aren’t completely avoided, even in such cozy suburbs. According to legend, in the 1930s, young Mary had an argument with her companion at the dance and decided to go home, but she was never seen alive again.

The next morning, her parents found their daughter’s body on Archer Road. Judging by the damage, the girl was hit by a car, and the driver got scared and drove away, leaving her to die on the side of the road.

A few years after the incident, residents began to see a girl weeping and asking for a lift at the very beginning of the street. Those who agreed to pick up the blue-eyed, slender blonde said that she asked to stop the car on a deserted section of the path. While the driver looked around, the passenger simply disappeared from the vehicle. Most often, the end point of the route was the cemetery of the Resurrection of Christ, where Mary was buried.

So far, messages about the ghost girl have popped up. It seems that the mystery still needs to be solved!

In the small town of Totowa, New Jersey, there is Riverview Street, where a tragic accident occurred. The road winds along the river and isn’t replete with dangerous turns, but you can still see a few unpleasant sections. In the 1960s, in one of the blind turns, the truck driver didn’t notice a young girl returning on foot from the school fall ball. She decided to take a shortcut to the house and walked along the side of the road in the gathering dusk, and there she was overtaken by a truck.

Since then, this section of the highway has been informally referred to as “Annie’s Road.” Even many years after the tragedy, locals report seeing a bloodstain at the crash site or even the ghostly figure of a girl continuing her endless journey home. By the way, Annie is buried near the scene of the tragedy, in the cemetery at Laurel Grove.

The rather large city of Stevens Point in the central part of Wisconsin is surrounded by dense forest from the west. It’s in its thicket that the Boy Scout trail is located. According to legend, a camp was supposed to be built there, but for the time being, the area was used for wild trips. In the 1960s, one of these expeditions ended in tragedy. During the night, the entire Boy Scout troop was slaughtered.

The details about the perpetrators that were available varied. Someone accused the leader of the group, while others were sure that the school bus driver was the killer. Somehow, the forest became restless from that day on.

Tourists who visited that mystery area talk about the feeling of surveillance and inexplicable fear. Sometimes the sound of footsteps and breaking branches is heard in the silence. In the distance, you can make out fire flashes and see inexplicable balls of light.

A ghostly school bus is sometimes seen on the adjacent West River Drive. If you leave your car on the Scout Trail at night, you may find children’s handprints on it when you return. Want to check it out and hunt the ghostly killer?

For seven decades, stories about a ghost scaring young people on the outskirts of Moretown, Vermont, haven’t stopped. In 1951, a local butcher disappeared from his farm without a trace under unclear circumstances. They searched for the missing person for a long time, but the operation didn’t bring any results, and the case was closed.

Shortly thereafter, reports began to surface that a strange man had appeared out of nowhere and frightened teenagers, threatening to deal with them in the most cruel way. Sometimes the ghostly figure was seen near schools and at the very edge of the dense forest that surrounds the city. There were even notices from frightened people saying that a person appeared in the back seat of their car and just as suddenly disappeared. Moreover, some of them state that vehicle issues occurred right after the ghost disappeared. The blood in our veins is suddenly freezing!

Stories about inexplicable encounters were overgrown with details and, over time, turned into scary fantasy stories. However, in the vastness of the network, there are new, fear-filled stories about a meeting with a local “landmark”. How about packing up and going on a terrifying expedition in search of a wicked butcher?

We have described some terrifying legends about the most mysterious roads in the United States where the girl and butcher ghosts can be found. It can be a great journey for those who aren’t scared and who love the supernatural.

So, you have the locations, and it’s high time to test your destiny and luck!

Eight Reasons Why You Need A Custom-printed Tent