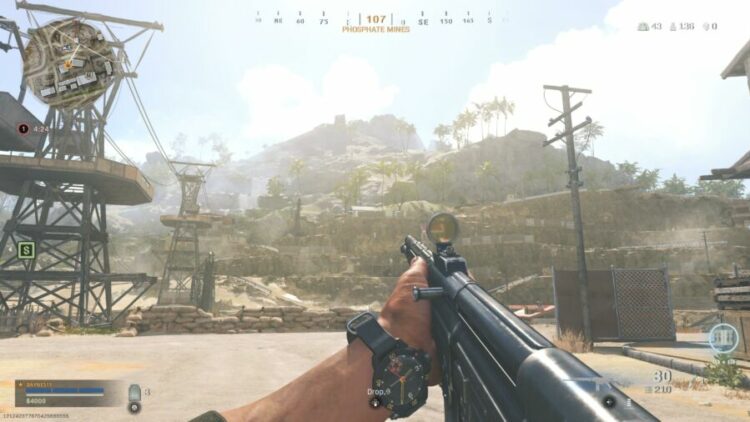 In Call Of Duty Warzone, the STG44 is a stunning weapon. In fact, this assault rifle can easily shred enemies at medium range. However, in order to push its limits, you need to have a top-tier loadout. The Warzone Season 5 have shaken up the meta. As a result, using the current meta, it becomes difficult to understand, which gun will be the best choice. Obviously, UGM-8 and Cooper Carbine are great guns. You can easily choose to go with any of them. However, the STG44 is also a great choice.

In fact, this tough AR is popular among gamers, especially in Vanguard. In chaotic Warzone matches, this gun enables strong transitions. At present, it ranks tenth in the list of most popular weapons in the game. In fact, it also has an impressive pick rate of 2.9%.

In addition, on the 4th of May, the gun received a new buff. After that, very few guns are as powerful as the STG44. If you wish to learn more about the gun, then this article is the perfect stop for you. Keep reading this article to know about this heavy assault rifle.

The Perfect Loadout For STG44

The attachments of STG44 are:

The  VDD 760mm 05B barrel and the MX Silencer muzzle increase the damage range and accuracy of the gun. In addition, the silencer also hides the gunfire on the minimap. Moreover, the Polymer Grip,  M1941 Hand Stop and  VDD 34S Weighted manage the recoil of the assault rifle effectively. Along with these, the G16 2.5x scope helps you to track your enemies perfectly.

Moreover, the Lengthened also increases the bullet velocity of the STG. On the other hand, the 7.62 Gorenko 60 Round Mags enables you to take down opponents without a reload. You also need to need the kit fully loaded, so as to stop worrying about ammo.

The E.O.D protects you from explosive blasts. Amped increases the speed of weapon swapping. In addition, Ghost enables you to remain undetected and the Semtex strengthens the gun. Lastly, the Stem offers your health a boost.

The BAR is a great alternative to STG44. This heavy assault rifle is effective in dealing good damage at range. However, the gun’s recoil needs to be bolstered. However, with the STG44 in your hand, you can work wonders in the Warzone.

Moreover, it is unlocked automatically. It does not require you a achieve a certain level to unlock it. Therefore, as soon as you start the game, you get the gun and thus, you can start getting al attachments from the beginning.