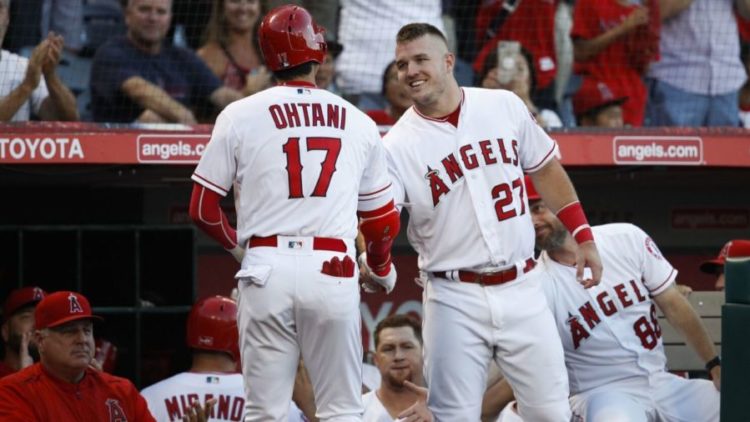 The superstar duo of Mike Trout and Shohei Ohtani have been an integral part of the Los Angeles Angels. But the Angels are not having a stellar run this season. In fact, they are in a pathetic form. Once the Angels scorched the opponents with stellar games. But now, they themselves seem scorched. Their winning percentage has dropped under .500. In fact, they are way behind the Houston Astros.

In such a situation, the Angels have fired their manager Joe Maddon. Maddon was unable to provide any justified explanation about the team’s poor form. However, it would not be just to put the entire blame on Joe. The management failed to understand that only two stellar players will not be enough to win them trophies. But, they never seemed to admit their fault. The easiest way for them was to sack the manager.

That is exactly what they did. However, the reality is that the Mike Trout – Shohei Ohtani duo alone will not be enough for the Angels if they want to get back their stellar form.

Therefore, it goes without saying that the Angels have the best baseball duo of this generation. Yet the team is underperforming.

Also read: Baker Mayfield Seems The Only Option For The Browns Amid Watson-Trouble

What’s Wrong with The Angels?

The Los Angeles Angels fired their manager due to their sliding form. But the real problem lay somewhere else. They lack a clear direction starting from the front office. The Angels have repeatedly failed to get high-quality players alongside the Trout – Ohtani duo. The superstar duo seems disappointed with the efforts of the other acquisitions over the years.

The Angels’ acquisitions like Anthony Rendon, Justin Upton, and Albert Pujols have seriously underperformed. In fact, Albert is now the oldest player in the big leagues.  But when Ohtani signed for the Angels, he knew the task at hand. Similarly, Trout also knew the situation when he re-signed for the Angels. Thus there is nothing to feel sad about the duo.

Baseball is a tea game. To do better in the game, a good team is necessary. Individual brilliance can definitely make a difference. But it can not make you win matches on a regular basis. This holds true for the Mike Trout – Shohei Ohtani duo. They might be the best players in the game. But they are not enough to win games consistently.

But the Angels need a powerful team that would offer the perfect support to their superstar duo. This simple truth is far from the Angels’ understanding. This is the root of all their failures.

Also Read: Russell Westbrook Was Dismissed, And Now Darvin Ham is Trying To Uphold His Name