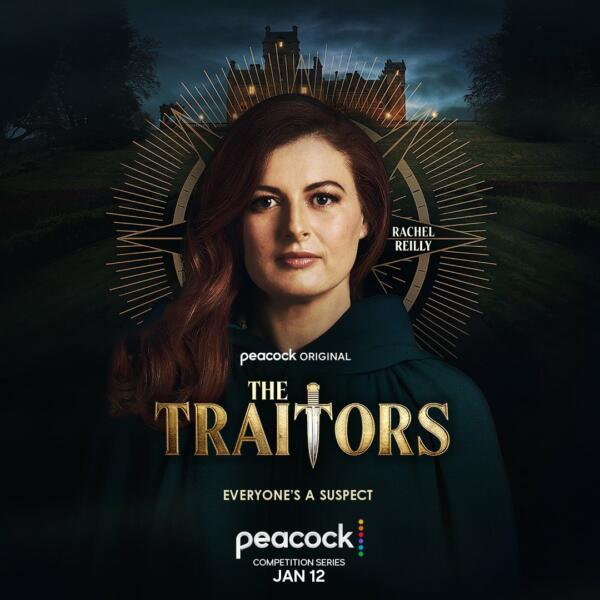 You may soon be able to watch Peacock’s newest reality TV show, The Traitors! Many former cast members of previous reality shows will be joining the cast of the new reality show. Peacock unveiled the full cast of The Traitors, a reality game show, on Wednesday, December 7, 2022. Cirie Fields and Stephenie LaGrossa-Kendrick are two of the 20 Survivor: Heroes vs. Villains cast members.

The Traitors, a new Peacock game show, will debut on the network on January 12, 2023. The competition will feature 20 contestants who will enter a castle and collaborate to complete a variety of tasks in order to win the grand prize.

Three contestants are secretly acting as traitors in order to win the prize by “killing off” the “loyal” participants. Alan Cummings, a well-known Hollywood actor, will host the game show. Everyone is curious to find out who the former reality stars who will appear in The Traitors are. The question then becomes, “What are you waiting for?” Continue reading to learn more about the contestants on Peacock’s new reality game show.

The ‘The Traitors’ cast

Cirie Fields is a reality television actress and nurse. She is currently believed to be in Jersey City, New Jersey. Fans adore the single mother of three children. She previously competed in Panama, Micronesia, Heroes vs. Villains, and Game Changers. This Survivor living legend has also appeared as a guest on “Snake in the Grass,” “Guiding Light,” and “The Price Is Right.”

Stephenie LaGrossa, a popular reality TV celebrity, has appeared on shows including Survivor, Heroes vs. Villains, and Palau. She is widely regarded as one of the top female players in the game.

Moreover, she also played a snake in “Snake in the Grass” and “Guiding Light.” Her husband, former Philadelphia Phillies pitcher Kyle Kendrick, is a huge Phillies fan. She is currently in Dunedin, Florida.

Brandi Glanville is a well-known American television personality who rose to prominence after appearing on Bravo TV’s “The Real Housewives of Beverly Hills.” Almost immediately after, she launched “What Else But Brandi Glanville Unfiltered,” a podcast that is now in its 13th year. She currently resides in Beverly Hills, California

Since leaving Bravo’s show, Glanville has appeared in a variety of reality shows, including “Celebrity Apprentice,” “Celebrity Big Brother” (in both the United States and the United Kingdom), “My Kitchen Rules,” and “Famously Single” on E.

Brandi has released her debut single and is currently participating in Bravo’s “Ultimate Girls Trip.” She has two New York Times best-selling books: “Drinking & Tweeting & Other Brandi Blunders” and “Drinking & Dating P.S. Social Media is Ruining Romance.” She has two wonderful sons and is quite accomplished in the kitchen, on the dance floor, and in the Pilates studio.

Arie Luyendyk Jr. rose to prominence on The Bachelor. In addition to his time on the small screen, he has worked as a professional racing driver and a luxury real estate agent.

Several accounts claim that Arie, whose father won the Indianapolis 500 twice, began racing at a young age. In 2006, he raced in his first Indianapolis 500. He was also named “Most Popular Driver” once. In his later years, he worked as a TV analyst for NBC Sports Network.

Also read: Five Steps To Build Resilience Through Our Discomforts