The Truth About Bobby Flay and Giada 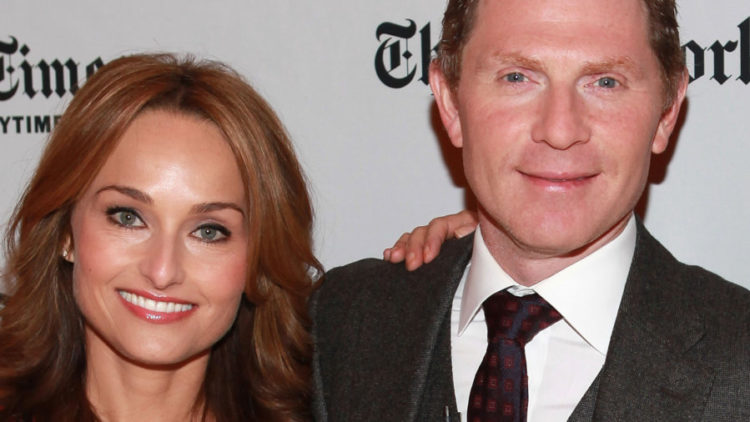 Both Bobby Flay and Giada de Laurentiis are great chefs. They are not only great at what they do but also are great friends in real life as well. In fact, with their love of food and Tv hosting, both chefs have a lot of things in common. Moreover, fans might know that the duo met in 204 at a foodie event. Since then, they are almost inseparable on and off the camera.

So, fans are probably wondering if there’s some chemistry between the two. In other words, if they are in a relationship or not. Give this article a read if you want to know more about them.

How did the Rumour Start?

Well, there’s a certain something about Bobby Flay and Giada’s relationship. They enjoy each other’s company on and off the camera a lot. Moreover, there’s a rumor about their relationship. In fact, it started, as both of them announced divorces from their respective spouses in 2015.

Therefore, people thought that something was going on with them. In addition, the speculation got even fiercer as the Italian Adventure series ‘Bobby and Giada’ started on Discovery Plus.

Are Bobby Flay and Giada in an Official Relationship?

Well, the question is, are Bobby Flay and Giada married? Well despite their wonderful chemistry and a long-lasting relationship on and off the camera, it might be disappointing for the fans, but they are not in a relationship. Therefore, they are not even married.

They have known each other since the year 2004 when they met at a food festival. It was the Philadelphia food expo. From then on, they have been really good friends. In fact, in 2018, on the podcast Beyond the Plate, Giada spoke about Bobby’s loyalty and how a very good friend he is.

She said that Bobby is one of those friends, who will always be there for his friends. In fact, he will stand up for them, if something goes wrong. She added that he’s a really special guy.

Their Ups and Downs

Even in friendship we often see ups and downs. So, when the duo competed as a team on Iron Chef America, Giada complained that her partner wasn’t serious enough. Moreover, the duo ended up losing. Thereafter, Giada said that Bobby took the whole competition as a joke. Therefore, they didn’t talk for eight months.

However, they have patched things up and now once again good friends. In fact, they have gone on to appear on a lot of food network projects together.

Adding more water to the expectations, Giada has been in a relationship for a long time now with the TV producer Shane Farley. In fact, she started dating him shortly after her divorce from Todd Thompson in 2014.

It’s interesting that the duo met in 2013 to discuss a project Giada created with Bobby. However, it’s sad because that show didn’t really work out. Talking about her relationship with Shane, Giada said that it became a lot more serious after two years.

People might not have much information about them as the couple likes to be low-key about their relationship.As for Bobby, well, he hasn’t shared anything worthwhile relating to his dating life yet. Perhaps he isn’t dating anybody as of now.

Sometimes staying as friends works out the best for people. A wonderful BFF is a hard find these days, and these two surely know each other a lot better. Therefore, them being friends is pretty cool as well.

Also read: The Old Granny Mayhem: What’s with All the Fuss Around?