The Truth About Joel Osteen and Victoria Osteen Relationship 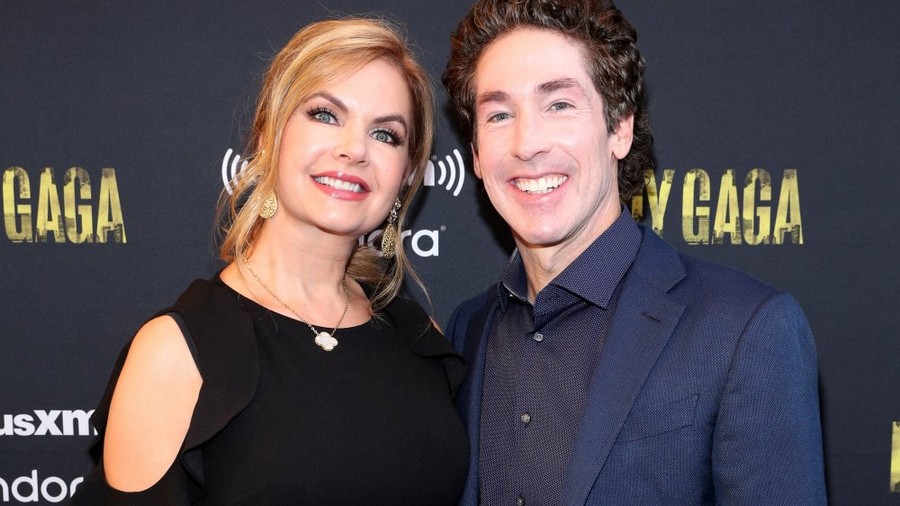 It has been over a decade since Joel Osteen has attracted several people due to his charismatic Christian evangelism. In fact, there are very few pastors who have gained such immense popularity among the people. Moreover, his fans love watching his TV shows. However, often we see Joel Osteen making the headlines, primarily due to several rumors about him. For most of his life, he has spent fighting the rumors about his personal life. Presently, he is again making the headlines, and his relationship with his wife, Victoria Osteen, has become the talk of the town. There is indeed some truth behind the rumors.

So would you like to know all about those gossips in detail? Well, you are at the right place, as we will be discussing some of the sensational aspects of Joel Osteen’s relationship with his wife. Therefore, if you want to know the whole story, you have to stay with us till the end. Let’s get started!

Who is Joel Osteen? Let’s Take a Look

So if you are reading this blog, you must be following Joel Osteen’s shows, where he preaches sermons. Well, we will be discussing some of the significant aspects of this celebrity pastor’s life right here.

As you know, Joel Osteen is a pastor and a televangelist who is based in Houston, Texas. If you search online for his personal details, you will find that the celebrity pastor was born on 5th March 1963 to John Osteen and Dolores Pilgrim in Texas. Therefore, he is presently 57 years old. Needless to say, he is one of the wealthiest pastors in the world.

Joel Osteen is Immensely Famous All Over the World

So if you are wondering why did Joel Osteen become a preacher, let us enlighten you. As per reports, Joel’s father was also a pastor, and he just followed in his father’s footsteps. In fact, it was in 1999 that Joel preached his first sermon. Presently, he runs the Lakewood Church, housed initially in an abandoned feed store from the former Compaq Center.

People come from faraway places to hear his sermons, around 43,000 people come to attend his service every week. At the same time, more than 13 million people watch it on television. However, he never attended a traditional divinity degree and has never formally studied religion. But he is a proponent of prosperity theology.

Moreover, his core belief is somewhat different from others; he believes that financial success and happiness are the will of God for “good” Christians. So you can well understand that his belief is quite strong, and it is on this belief that he preaches his sermons in front of his followers. Reportedly Joel Osteen’s net worth is around $50 million. However, he claims that none of it comes from the church. In fact, he says that most of it come from his book sales.

At the same time, he has identified himself as non-denominational; he is bound to certain expectations and rules. For instance, Christianity forbids priests to have wives. However, we come to know that Joel Osteen has been married to Victoria Osteen since 1987. Let us now check out some of the significant aspects of his wife, Victoria Osteen.

Who Is Victoria Osteen? When Did Joel & Victoria Meet Each Other?

As per the news, the celebrity pastor Joel Osteen has been married to Victoria Osteen for over a decade now. She was born on March 28th, 1961. Therefore, Victoria Osteen’s age is 60 years. In fact, her parents raised her in a conservative Christian family, just like Joel. Moreover, her father was a deacon, and her mother was a Sunday school teacher.

So if you are wondering how both of them meet each other, stay with us till the end. Victoria was still a student at the University of Houston when they met each other. Joel had come to her mother’s jewelry shop to replace the battery in his watch. Here they first met each other. After dating for the first time, in 1987, the couple tied the knot.

Moreover, Joel also clarified that they were just young people and not pastors when they married. So there were no restrictions on their wedding. Needless to say, they were head-over-heels in love with each other. The lovely couple also has two children, equally outstanding in their academics like their parents.

Are Victoria & Joel Osteen Still Together?

Well, if you are one of their ardent fans, you must have heard that some rumors are going on about Joel Osteen’s divorce from Victoria Osteen. So let us explore some of the reasons as to why these types of rumors came up suddenly.

As per the rumors, the couple divorced a long time back. However, these rumors are not true; Victoria has been Joel’s wife for over 30 years. So this story was nothing more than just petty gossip. Probably this was due to their unusual rules, where we see Joel not fraternizing with women unless witnesses are present.

At the same time, he also wants his wife to maintain an attractive appearance, as according to him, “Wives don’t look good for everybody else. Look good for your husband too.” There are also other such peculiar comments he makes that show their humorous relationship. The couple is very much together, and there are no signs of any disturbance in their relationship.

Why Did the Rumor of Their Divorce Start?

So many of our readers might wonder why all of a sudden, the rumor of their divorce started. Well, it was due to Osteen’s blog post in 2014, “Let Go of the Ashes.” It is here that his writing hinted at divorce and an unhappy marriage.

However, it was not so. But this writing displeased many of the conservatives as they did not believe in divorce. Therefore, many speculations came up that Joel Osteen is probably unhappy in his relationship. However, this was untrue as Joel is an open-minded personality; therefore, he does not dwell on sin and punishment in his sermons.

As we conclude, we can say that as a celebrity pastor Joel Osteen is immensely famous all over the world. So often we find that there are rumors about any famous personality, a similar incident happened here as well. We wish both Joel and Victoria to remain in love and live happily with each other forever.

You may also read: Nancy Shevell and Paul Mccartney Love Story is A Relationship Goal