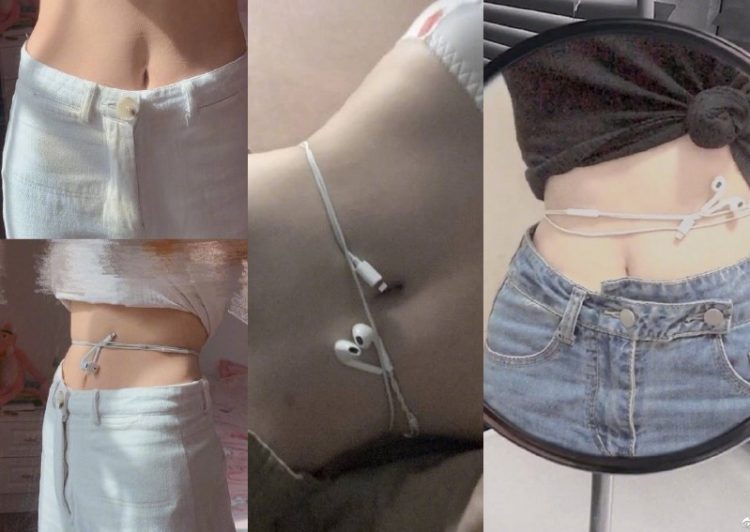 The recent TikTok trend “Earphone Waist Challenge” has received lots of backlashes because of the message that it sends to millions of viewers. The video of girls tying the earphones around their thin waist has become viral. However, the videos became controversial because many deemed them problematic. As many women are trying to lose weight this recent trend can make them desperate to make their body thin and shapely. Some may even start to restrict their diets to become thin.

Thirty-three-year-old Danae Mercer shared the truth about the trend on her Instagram post. She said that this trend has put fuel to the fire for unrealistic body expectations for women. The journalist is also worried that this can lead to eating disorders in girls. That is the reason why many people are against the video. You can find all the details about this news here.

Know About the “Earphone Waist Challenge”

A post shared by Danae | Angles + Self Love (@danaemercer)

Danae Mercer wrote in her Instagram post that this new trend will cause many girls to become anxious about their body. The video is promoting assault, weight, beliefs and more. Furthermore, she wants to keep the platform happy and safe because the world around is heavy to handle. She feels worried when she sees thirteen-year-old girls taking about diets and sharing their BMIs. She revealed that she has planned a talk with TikTok to put light on this issue. Then she explained that she likes the TikTok platform however the platform does not like her. The platform completely mutes people who want to talk about the real issues.

Now she is not able to stay silent because she has seen many girls trying to follow the body trends in TikTok that can lead to eating disorders. As a survivor of the condition herself, she wants to help others who are in grave danger. That is why out of concern for the little girls she wanted to share her thoughts about the earphone waist challenge.

Also read: VSCO Trend: What Does It Mean To Be A VSCO Girl?

Why did the earphone waist challenge become viral in TikTok?

This challenge has become viral on the TikTok platform because many girls started to exhibit the size of their waist by using earphones to measure it. This challenge started from the news account on Weibo which is a Chinese app. That is why many started to post videos of their waist and tying it with an earphone. After that, it became a viral video on TikTok until it started to receive lots of backlashes from the people who called it a bad trend.

Why it is dangerous?

According to many experts and TikTok users, this challenge promotes negative body image. A woman with a larger waist can feel left out and may get a bad feeling about her body. As this waist challenge is only for women with thin waists this can cause insecurities for women with larger waists.

Similarly, TikTok has promoted many challenges like this that cause toxic beliefs to take the center stage. So this can break the confidence and self-worth of many people as they may feel excluded. It has become a negative platform.

Many people are speaking against the controversial trends on TikTok now. The minds of many people are at stake now because social media can influence the thinking and mindset of people.