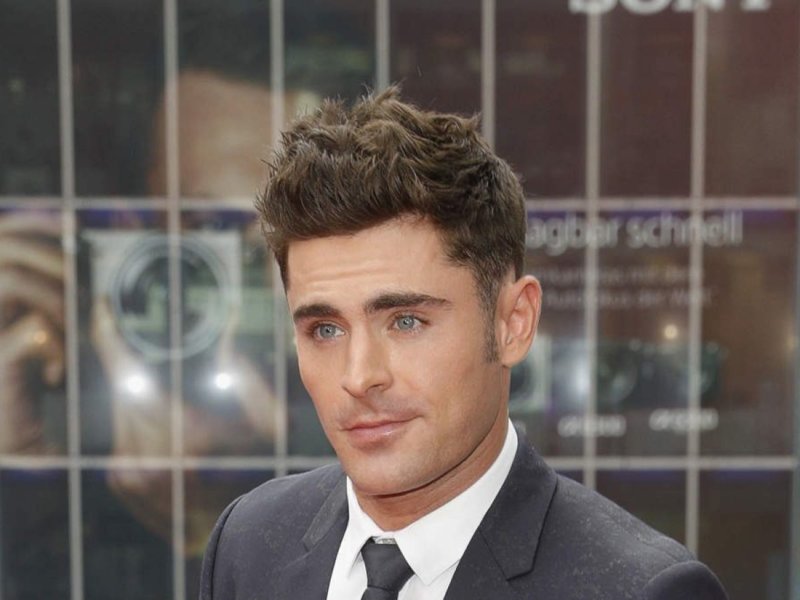 Some actors are our long-time crushes. We love to watch their movies and also their pictures. Whenever they appear in any interview we rush to see it. One such heartthrob who captured the hearts of many female fans is Zac Efron. He became famous when he acted as Troy Bolton in Disney’s High School Musical trilogy. Then he grabbed the attention in the rom-com 17 Again. Now in his new Netflix web documentary show, the actor is touring all over the world. Also, he won an Emmy Award for this show.

But recently people started to speculate about Zac Efron Plastic Surgery. He appeared in a Facebook video for “Bill Nye’s Earth Day Musical” and many noticed that the actor looked different and not like his usual self. This started the rumours of whether Zac Efron had opted for Botox. Here you can find all the details about it.

Zac Efron is from San Luis Obispo, California. Now he is 33 years old. Before coming to the industry he acted in theatre. He performed in plays such as Gypsy, Peter Pan, The Music Man, Little Shop of Horrors and more.

From the 2000s he received small roles in The Guardian, Firefly and ER. He started to come as a recurring character in the WB series Summerland. Then he received a lot of recognition for his role in High School Musical in 2006. It came to be called the modern Romeo and Juliet with a twist. In the series, he played the handsome and charming Troy Bolton, a football player. His chemistry with Vanessa Hudgens became a great hit in the series. This movie spawned two sequels.

Further, he appeared in Garry Marshall’s New Year’s Eve in 2011. He lent his voice for the animated film The Lorax. Then he appeared in commercially successful movies like Baywatch, The Greatest Showman, The Beach Bum, Extremely Wicked, Shockingly Evil and Vile and more.

In 2021 he started to host Down to Earth with Zac Efron which is a web documentary on Netflix. These are some of the career accomplishments of the talented Zac Effron.

After Zac Efron appeared in Bill Nye’s Earth Day! The Musical viewers were quick to notice some difference in his face. His jaw and lips looked plump and this sparked the rumours of plastic surgery. Many people started to create memes on Twitter that focused on Zac Efron plastic surgery. Some even went as far as comparing Efron with Shrek. As the bottom half of his face looked different the whole of Twitter turned against the actor. There is no comment from Efron about this. But many are discussing this on social media.

Some assume that Zac Efron has chosen to undergo Dad bod Botox. It is a male plastic surgery process that offers men a well-toned body. But nobody can say this for certain and these are just rumours.

You may also like: What Makes Charli D’Amelio Drink The Charli So Amazing?

A well-known Plastic surgeon named Dr Anthony Youn spoke about plastic surgery in an interview. He also noticed the difference in Zac’s face as he has a wider jaw than before. But he shared that the actor may not have gone under the knife as everybody thinks. He may have opted to take a few injections or fillers to reshape his jaw. So even though Zac’s face is different it does not necessarily mean that he has undergone plastic surgery.

The internet is quick to notice a difference in a celebrity and is always ready to make fun of them. This is what happened to Zac Efron. Because of his slight facial difference, he became prey to meme creators and trolls.

Many comments and memes on Twitter and other social media pages were damaging. But some came in support of the actor by sharing his history with alcoholism, substance abuse and eating disorder. In 2013 the actor also broke his jaw in his home and underwent an operation to wire shut it. Therefore his well-wishers defended him by saying that sometimes the face of people changes naturally and not only because of plastic surgery.

Radio host Kyle Sandilands spoke in Defence of his friend

The Australian Radio host Kyle Sandilands denied all the rumours of plastic surgery. On his show, he shared that there is no way for the actor to have gotten plastic surgery. He said that he would have known if his friend had gone under the knife. Also, he supported his friend by saying that he is already perfect and he doesn’t need to get plastic surgery. He compared Efron’s face to a Picasso painting and said “It’s like getting a Picasso and having a kid finger paint all over it. Why bother?”.

Zac Efron’s face has changed but he is still looking handsome and great as always. That is why many of his fans love seeing him on screen. Also, the actor has many future projects that are going to be released soon.

You may also like: Meet 8 Hollywood Natural Beauties Who Said No To Plastic Surgeries