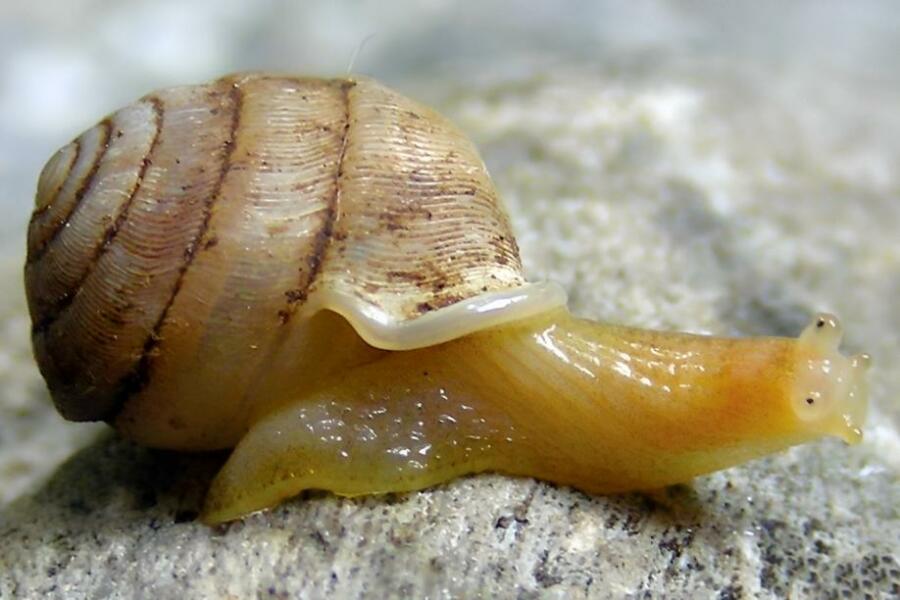 We know it as the volcano snail, but its scientific name is Chrysomallon squamiferum. Sometimes it goes by sea pangolin, scaly-foot gastropod, or scaly-foot snail. Whatever name you give it, this squiggly little tough guy survives in the world’s hottest underwater volcano vents’ lowest regions. It has an iron sulfide shell to protect it from intense heat.

And recently, scientists decoded its DNA for the first time in history. This revealed one of the biggest mysteries in Science at the moment.

Look at what we know about this little ecological marvel that isn’t afraid of the deep depths and burning of hell!

What The Volcano Snail is All About?

The volcano snail, first identified in 2001, got the name scaly-foot gastropod. The scientific community still widely uses this name. When it was first discovered, Science asserted that it was only a component of the Indian Ocean biome. The academic publication further asserted that they gathered near the alleged “hydrothermal vents” of the Indian Ocean.

The Indian Ocean’s hydrothermal vents are frequent locations for snails. The Kairei hydrothermal vent field and the Solitaire field are notable snail habitats situated along the Central Indian Ridge.

More to Know About Volcano Snail

Scientists later discovered the snail at the Southwest Indian Ridge’s Longqi vent field close to hydrothermal vents. No matter what field you look for them in, the Indian Ocean, 1.5 miles below the surface of the water, is where you will only find them. And they are distinctive in more ways than one. The snails need to be well shielded from the elements. It is so because these hydrothermal vents can reach temperatures of up to 750°F. The Smithsonian Magazine claims they successfully handled the required protection and evolution.

The volcano snail absorbs iron sulfide from its surroundings to create a “suit of armor” to shield its delicate inside. Smithsonian also pointed out that the strange creature does not actually “eat” in the conventional sense. Rather, it processes germs in a huge gland to provide sustenance.

But recently, researchers dug deep to comprehend what drives this unusual creature. They eventually received a response in April 2020.

Scientists decoded the volcano snail’s genome at the Hong Kong University of Science and Technology (HKUST) at the COVID-19 pandemic’s peak. According to research, the gastropod’s unusual iron shell was made with the assistance of 25 transcription factors.

One of the researchers, Dr. Sun Jin, told the outlet that the researchers discovered that one gene, called MTP – metal tolerance protein – 9, increased 27-fold in the group with iron sulfide mineralization compared to the one without.

Iron sulfides, which give the gastropods their distinctive colors, form when the sulfur in the snails’ scales and the iron ions in their surroundings react. Ultimately, the snail’s genome sequence provided the researchers with enlightening information. The information was on the potential uses for the iron in their shells. In addition to the suggestions for improving the protection of soldiers deployed in the field.

Regardless of how amazing these creatures are, they are in danger of extinction. This is so because deep-sea mineral extraction may impact the Earth’s changing climate.

The volcano snail, also known as the scaly-foot snail, has been added to the endangered species list. The International Union for the Conservation of Nature (IUCN) in 2019, maintained it. In recent years, the population has significantly decreased. They were notably abundant in the Longqi vent field, while their numbers had drastically decreased in the others.

The largest danger to the snail’s survival is deep-sea mining for their high concentration of precious metals, including copper, silver, and gold, polymetallic sulfide mineral resources—which frequently occur close to the snails residing at hydrothermal vents— highly valued. As a result of mining disrupting their habitat, these gastropods’ ongoing survival is in danger.

Summing Up The Words

There aren’t any active conservation initiatives to rescue the volcano snail. But their very presence merits additional study for conservation.

The organization advised further study to “determine whether the peoples would be vulnerable to disturbance by mining, to affirm whether the species is prevalent at any other vent site along the Central and South Indian ridges. And to determine the low dispersal reproductive system for this genus, as these will aid in the reassessment of the conservation status of the species.”

The volcano snail is a remarkable gastropod because, to this day, it is the only known living thing whose exoskeleton contains iron.

17 Benefits of Having a Pet Cat

Which are The Top Pet Insurance Benefits?