Come, Let’s Walk Through the Themes of Tumbbad and Kantara 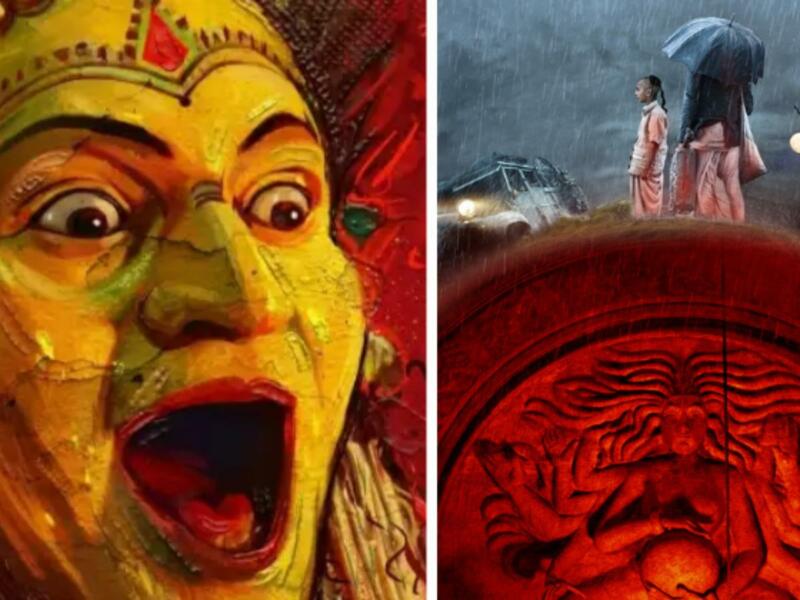 Tumbbad explores the demons of the mind. The atmosphere and landscape are vivid with a sense of Gothic dread. At the heart of darkness, there is always pulsating an eerie expectancy of the diabolical. Both the films explore human nature and the rural atmosphere. In Tumbbad, you will experience Gothic dread and the relentless gloom of incessant rain. Fear is the emotional manifestation of the spatial entity called Tumbbad.

A disquietude consumes and smothers you as you make your way through the film. Indeed, the raising of Hastar’s head outlines humanity’s steep descent into greed. Thus, greed is man’s hamartia and the agent of his downfall.

In fact, in the film, greed undoes mankind. Indeed, the film also shows the perpetuation of the original act of transgression. Sin begets sin. Thus, greed is an inheritance diffused and dissolved into later generations. In fact, women stay on the periphery and take care of the home. Thus, the allegorical film bespeaks the parable that the world has enough for everyone’s need, but not enough for everyone’s greed.

Therefore, Greed consumes generations. Indeed, Tumbbad is a morality tale at its finest. The film explores the legacy of greed and the callous, reckless hunger for more and more riches.

This film similarly plunges into folklore and the native culture. It explores the issues that impact the lives of the tribal people. Indeed, Kantara too scans human nature and arrives at endless greed as mankind’s nemesis. The film strips bare the relationship between nature and culture, that is man and nature.

In fact, we experience the trials and tribulations of the native tribes who are the loneliest victims of caste hierarchy. Like Tumbbad, this cinematic artefact too lays bare the theme of Greed. We see greed naked. We experience the helplessness of the tribals.

Indeed, the film foregrounds issues such as forest land encroachment and the exploitation of the tribals at the hands of the local lords. Deceit is a part of human nature and the film is a scathing critique of this.

While Tumbbad is more psychological, Kantara is more literal. Tumbbad and Kantara both the films originate from the Womb of Infernal Greed. Mankind succumbs to this vicious element embedded in their human nature. Vinayak returns to the heart of darkness. Greed pulls him back to Tumbbad. In Kantara, the feudal lords snatch away the lands of the tribals.

Thus, greed is a common theme in both the films. Both the films are steeped in folklore and archetypal myths. Indeed, archetypal because the conflict of human and nature and the endless greed are ancestral ancient themes. In fact, Tumbbad and Kantara both are masterpieces in their own individual ways.