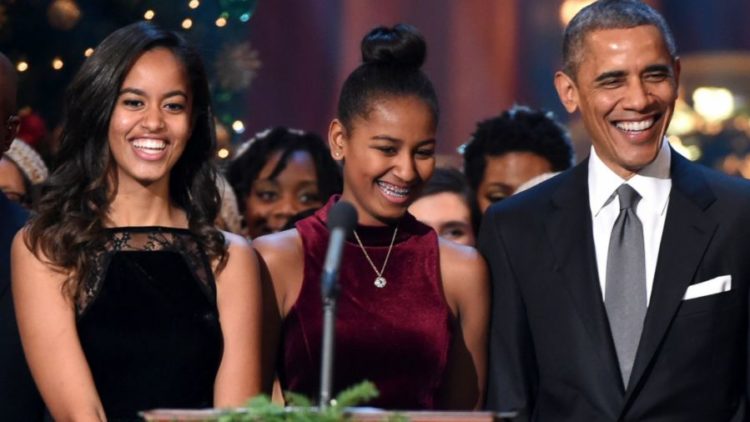 We must have all heard that if parents are brilliant, the children are sure to inherit their good genes and even outshine them in some cases. Yes, you guessed it right, we are talking about Barack and Michelle Obama’s eldest daughter Malia Obama. She is, in fact, the best example of how children make their parents proud with their achievements.

So if you look into her career graph, you will notice that Malia Ann Obama has clearly inherited her parents’ academic brilliance right from her childhood. Presently she has only just begun to show the world what she is capable of. So would you like to know more about the celebrity kid in detail? Today in this article, we will share some of the unknown facts about Malia Obama’s life. Let’s get started!

Who is Malia Obama?

Even though this celebrity kid does not need a separate introduction, we will still share some significant details about Malia Ann Obama’s life. As per the wiki, she was born on 4th July 1998 in Chicago, Illinois, in the United States. Therefore, she is currently 23 years old. Malia Obama is the eldest daughter of former American President Barack Obama and his wife, Michelle Obama. Her sister, Sasha Obama, is equally popular and is only three years younger than her. You must also remember that when Malia Obama was just 11 years old, her family moved to the White House. Malia, in fact, became the First Daughter and received the spotlight that comes if your dad is POTUS.

However, both Malia and her sister had managed to keep a low profile during her time at 1600 Pennsylvania Avenue. It seems that she grew up too fast, so it becomes hard to believe that this all-American girl has turned 23.

Although Malia spent a long period of eight years at what is arguably the world’s most famous address, the Obama family did not disclose much info on the public platform about her. However, Malia’s appearance has always made her seem like a trendsetter. Therefore, the styles she wore often sold out in minutes. So you can well understand her popularity level in the United States.

1. Malia Obama got into the Prestigious Harvard University

Even though many of you might have the wrong notion that Malia’s surname might have helped her get admission into the prestigious university, it is not true. Just like the others, she had cleared the difficult admission test and qualified for the course. Yes, she has also maintained the legacy of both her parents, who attended the Ivy League institution.

So you can clearly understand that she is highly meritorious. Her parents had told her not to take pressure to go to a big-name institution; however, it was her dream too.

2. Malia’s Spanish is Much Better than her Father

This is one of the aspects that many people do not know. Yes, Malia Obama speaks better Spanish than her father, Barack Obama. Needless to say, the former US President got a little help on his job the summer before Malia went to university.

In fact, she had actually stepped in to help out the American leader with his Spanish-speaking skills during a trip to Cuba. This was also the first time a sitting president had visited the country in nearly 90 years. So everything needed to be perfect, and Malia came to the rescue to refine the Spanish.

3. She has Already Landed a TV Gig

This might come as big news, but it is true. After graduating from Harvard, Malia went on to land a job in a writer’s room. In fact, this is an Amazon TV series headed by Watchmen’s Janine Nabers with the famous showrunner Donald Glover.

Needless to say, it is not her first dip into the world of entertainment. But it is a pretty solid sign that she has got the writing chops to back up her ambition. Indeed she is brilliant!

4. Malia Obama is in A Long-Term Relationship

There might not be many people who are aware that Malia Obama is in a long-term relationship. Yes, she has been dating her boyfriend, Rory Farquharson, since 2017. It’s been a long time, and by now, her boyfriend has also become close to their family.

Therefore, Malia’s boyfriend is always invited whenever they have an occasion or celebrate something together. Michelle Obama once said that Rory is actually like their son. Since they never raised boys, she often forgot that boys eat a lot, she jokingly said. So you can well understand that they have a happy family.

5. Barack Obama did Not Teach Malis How to Drive

When your dad is the President, you have to make certain concessions. For instance, sitting presidents are not allowed to drive. Therefore, when Malia Obama was a teenager and the time to learn driving came, she could not turn to her Dad.

However, her father made sure that a group of Secret Service agents helped her out in this regard. In fact, in an interview with Rachael Ray, Michelle disclosed that the Secret Service happily stepped in to teach Malia to drive. Her mother also said that driving would actually give her a sense of normalcy, and she would consider her life like her friends. Her parents have always wanted them to live a life like normal kids; therefore, they have never sought any special facilities.

6. She is a Buddhist Activist

Malia made headlines when she appeared at Sundance Film Festival to protest the construction of the Dakota Access Pipeline. Yes, she is a Buddhist Activist. At the same time, she has also met Malala Yousafzai to discuss women’s education.

As per the sources, Malia Obama and her family marched for equality on Juneteenth in, 2019. So we can indeed say that they are active protestants for women’s equality.

7. Malia is her Mom’s Biggest Fan

This is no news that both the Obama daughters have a close relationship with their parents. In fact, Malia’s adoration for her mom was on full display in Netflix’s documentary, “Becoming.” It is a documentary about Michelle and her family.

If you have seen the video, you will notice that in one scene, Malia is telling Michelle after a speaking engagement, “You are so good. I love you too much; I cried again.” So you can understand that they share a close bonding.

So as we conclude, we can say that Malia is indeed one of those daughters who have not only inherited her parent’s good genes but also made them feel proud because of her achievements. We hope that they stay happy with each other.