This is Why Dogs Bark and Chase The Moving Vehicles 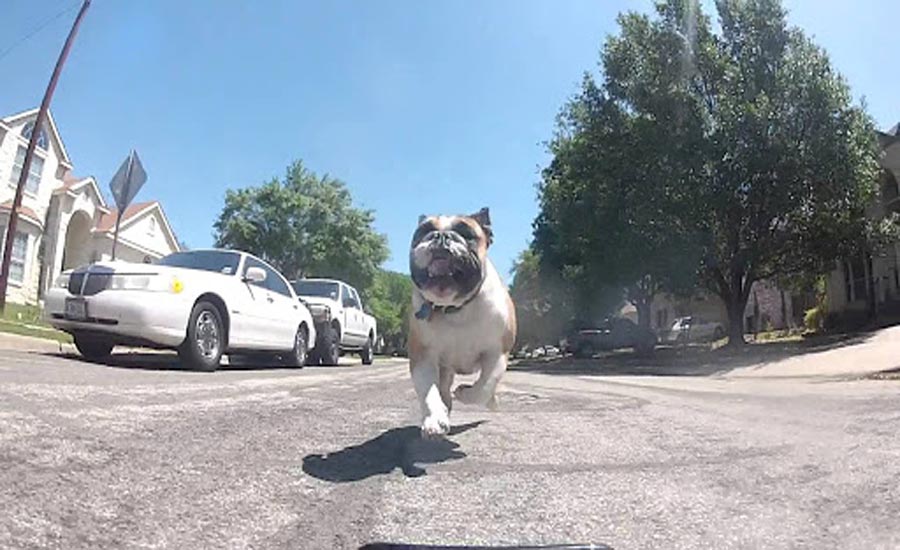 Animals behave strangely sometimes and dogs are no exceptions. No matter how much you love to pet the dogs, you cannot deny the fact that stray animals running and barking down the streets sure startle us. And most of the time we find them chasing and barking behind the moving vehicles. Dogs keep chasing the moving vehicles even though there is nothing suspicious about those cars. Time has come when we have found out why they do so.

No, they are not crazy dogs, read below to find out

1. Recall the revenge of the past

There is the possibility that a dog who is running or chasing a car had seen death by a vehicle in the past. So they chase to show revenge.

Also read: 3 Aspects To Think About Before Adding A Pet To Your Family

2. They take it as an intruder

Dogs are very loyal and have a very strong smelling power. Even though they are stray dogs, they know the smell of everything in their area. They instantly recognize the strange smell and start chasing them and bark in order to show their anger. This is the same behavior your pet shows when a stranger enters your house. Not just your pet barks at them but the courageous one chases them out, too. In the case of stray dogs, they are more powerful and courageous since they live on the street.

Yeah, they come from the family of the wolf, fox, and wilds, they run and catch the prey. So this comes naturally to them that if they find something running out of them they will chase them. It is a natural behavior to chase. This is the same behavior that your pet shows whenever you through a ball or flying disc, they run and chase endlessly to catch it.

Also read: Immersion Dog Training in LA – Know the Benefits Before You Opt-in

4. They bark to show courage

When they chase and bark expresses their way of confronting the evil that they might think the vehicle to be. They feel that the running vehicle is an intruder and running so they just bark and chase to show that they’re going to pin you down.