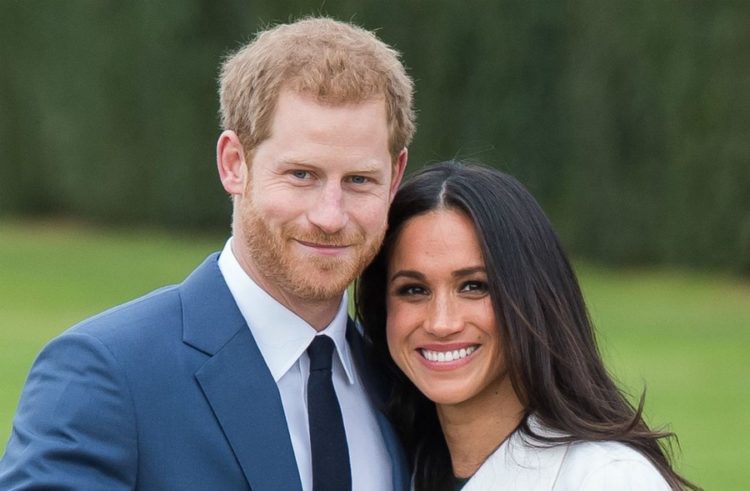 If you remain updated about the news and events of the British royal family, you will know that from the very beginning, both Meghan and her father, Thomas Markle, are not on good terms. However, Thomas recently started a YouTube series where he talks about his daughter and Prince Harry. In fact, in the very first episode, he brought up the issue of racial identity.

So would you like to know more details about what Thomas Markle said on his YouTube channel? Stay with us until the end if you want to know the real story regarding this matter. Let us have a look!

Who is Meghan Markle?

Even though this personality does not require a separate introduction, we will still discuss some significant aspects of her life in this article.On August 4th, 1981, Meghan Markle was born in Los Angeles, California. Therefore, she is currently 40 years old. In fact, before she became a member of the royal family, she was an actress. Her last and most significant on-screen role was that of Rachel Zane for seven seasons in the American TV legal drama Suits.

Moreover, she had initially married the American film producer Trevor Engelson in 2011. However, they divorced each other in 2013 due to some differences. In 2018, she married Prince Harry and came to be known as the Duchess of Sussex. In fact, after her marriage, she also retired from acting. The couple is now currently residing in her native California. They also have two children, Archie and Lilibet Mountbatten-Windsor.

Who are Meghan Markle’s Parents?

As we mentioned earlier, Meghan was born to Thomas Markle, a white American, and Doria Ragland, African American woman. However, her parents got a divorce when she was just a toddler. In fact, she used to live her childhood days, splitting up her time in both the houses.

Furthermore, the Duchess of Sussex also has two half-siblings from Thomas’ earlier marriage. They are Samantha Markle and Thomas Markle Jr., both of them, are elder to Meghan and were teenagers when Meghan was born. However, she does not share a cordial relationship with them, except her mother.

As per the sources, her mother, Doria Ragland, was the only one present during her marriage to Prince Harry. Meghan was very hurt by this, and since then, she does not share a good relationship with her father.

What Statement did Thomas Markle Make on his YouTube Channel?

Pretty recently, Thomas Markle has opened a YouTube channel, “Remarkable Friendship.” Here, he discusses his personal matters regarding his life and his daughter, Meghan. In fact, he had jointly launched this channel with his friend and photographer, Karl Larsen.

While sharing his views on other things, the 77-year-old man mentioned Meghan’s birth. It was here he mentioned that he made a doctor acknowledge Meghan’s biracial heritage. Thomas said, “I even had to argue with the doctor and have him write that she was mixed on the birth certificate because he wanted to mark down Black.”

Meghan Markle took the time on Ellen DeGeneres show to advocate for paid family leave in the United States—one of her signature causes—emphasizing on how critical it is, in those first few months, to be together as a family. https://t.co/S180sUYBmp

At the same time, he also said that when Meghan was in school and had to identify her racial identity on a paper, he encouraged her to draw her own box instead of checking either “Black” or “White.” The Duchess of Sussex also talked about this story in her essay for Elle UK in 2016. You can read it up to better understand what she had said.

What Meghan Markle says about the Difficulties of being Biracial?

Needless to say, Meghan has always been a very active and straightforward woman. Despite that, she had to struggle with her identity while growing up. Meghan tells how people differentiated her and her friends belonging to the Filipino and the Latina. In fact, she used to involve in meetings during lunchtime so that she did not have to eat alone.

This issue of racism also extended to her acting career as well, while she was working as an actor in Hollywood. In an interview, she had said that she was not “black enough for the black roles” and “white enough for the white one”; rather, she was somewhere in the middle.

However, instead of seeing it as an obstacle, Meghan found ways to embrace her biracial background. At the same time, she also challenged society’s preconceived notions about race. Therefore, you can understand what Meghan Markle had to go through as a woman. She had to fight her way through to become successful. In fact, at some points, she was suffering from an identity crisis; however, she never gave up.

Why does Thomas Markle want to Testify Against the Duchess of Sussex?

As we know, both Meghan and her father, Thomas, have been estranged since Meghan’s marriage to Prince Harry in 2018. So in a YouTube video, Meghan’s father revealed that he would like to testify against his daughter in court in the lawsuit that his elder daughter, Samantha, had filed. They claim that the royal family has told several lies about her.

Therefore, Thomas is eager to see his daughter, her husband, and her children face to face in a courtroom. Needless to say, Meghan will not be pleased by all these latest comments. However, we are yet to see her reaction.

So as we conclude, we can say that both Meghan and his father, Thomas Markle, are not on good terms since her second marriage. Therefore, he is repeatedly creating problems in her life. We hope that they sort things out and stay happy.