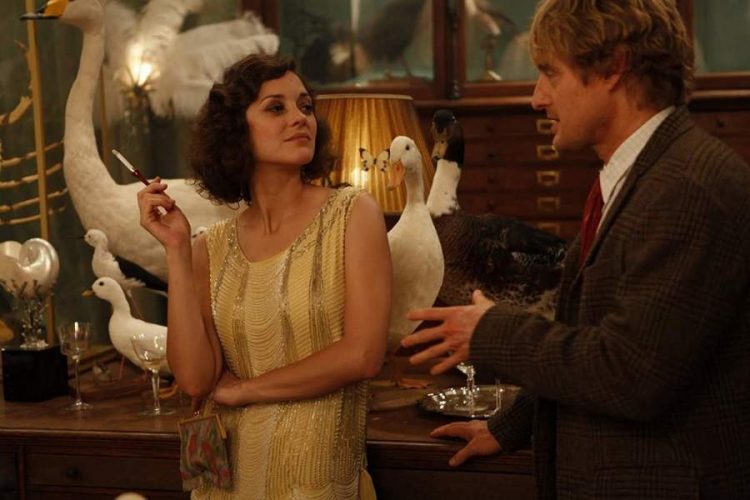 Romance films always make our souls happy. One such great film is Midnight in Paris. Many romance fanatics hold the film as the standard. Moreover, it is a great fantasy comedy-drama directed by Woody Allen. This film is set in the romantic atmosphere of Paris and narrated the tale of mesmerising characters. If you want to see more films like Midnight in Paris then there are a number of them available. You can have a look at the list of films given here. These are the top ten romantic movies that are similar to Midnight in Paris.

It is a 2005 film which is an adaptation of the novel written by Jane Austen. The story is about love and hate relationship between two characters who get blinded by pride and prejudice.

But they eventually find love in the end. This is a story that gives importance to family, love, marriage and morals.

500 days of Summer is a 2009 American romantic film directed by Marc Webb. The story is about the main lead played by Joseph Gordon-Levitt who speaks about his failed relationships. It is a sleeper hit and many critics have given favourable reviews for it.

It is a 2013 British comedy film directed by Richard Curtis. The film is about Time travel and how a man uses the power to make everything right again. There are many emotional moments in the film that will make you feel sad. But there are many happy moments too.

It is a romantic war drama based on a novel. It is the story of a soldier who falls in love with a woman. They write letters to each other while he is in the war. The pain of love and the happiness it offers gets represented in the film here. So add this to the watch list.

5. Eternal Sunshine of the Spotless Mind

It is a 2004 film directed by Michel Gondry. The film has many psychological thriller aspects as well as explores romance. Jim Carry stars as the main lead in the film and his acting is amazing along with Kate Winslet. We can get an in-depth character analysis of various people in the story.

This is a coming of age drama about the British journalist Lynn Barber. Carrey Mulligan plays the female lead who is a schoolgirl and Peter Sarsgaard acts as a Jewish man who tries to seduce her. This is a story of how a girl learns about betrayal and true love.

The Notebook is a romantic drama directed by Nick Cassavetes. The film has heartthrob Ryan Gosling and pretty Rachel McAdams playing lead roles. Eventhough the couple experience sickness they stay together till the end. This is a heart-warming film with many romantic moments.

It is a film about employees who set their bosses for dates in New York City. It is an interesting romantic movie about how loves find its way even when people do not accept it at first.

9. Sleeping with other people

This film has a lot of romance and comedy. A couple in the film goes through many hilarious situations and then end up together. You have to find out how they fall in love with each other in this film directed by Leslye Headland.

This film released in 2012 and made quite a sensation amongst the romantic souls. This Bradley Cooper and Jennifer Lawrence starer will make you laugh out loud. It is about how two people come out of the psychiatric hospital and make each other happy. They forget about their old relationships and find love.

These are the top 10 romantic movies you can watch if you like Midnight in Paris. Know about the different kinds of love by watching these films with your loved ones.