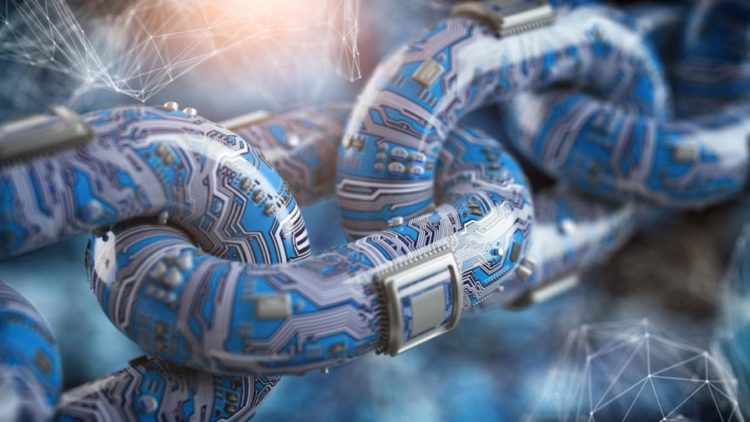 Our post-COVID world has witnessed a massive adoption of cryptocurrencies and blockchain-based solutions worldwide, with many countries in Africa being the quickest to follow suit. In fact, recent studies show that Nigeria has the highest crypto adoption rate in the world while other countries in the continent, like South Africa, show higher adoption rates than most countries in Europe, for instance.

The trend has led to the rise of African tech startups that are leveraging the crypto-friendly nature of the continent. Most notable are the blockchain companies offering economic-transforming solutions to the African infrastructure investment market. That said, let us look into some of the blockchain projects that could facelift the economic infrastructure of the continent and offer investors a higher return on investment (ROI).

The legendary RnB singer, Akon, first announced the project in 2018, and it got approval from the Senegalese government in 2021. His plan is to build a world-class city that would use cryptocurrencies as its official money. The city is intended to cover about 2,000-acres of land and contain futuristic buildings enhanced by the latest technology available, especially blockchain.

Although the project is planned to be completed by 2029, Akon City’s official token, Akoin, is already in circulation. After the token public sale in 2019, Akoin’s adoption grew, with its market cap peaking at $70 million in February 2021.

Since its announcement, Akon City has drawn tremendous interest and support from the government and investors with a budget estimated at $6 billion.

Backed with Akon’s reputation, the city sets out to become a force to bring the African blockchain ecosystem to greater heights, providing a wide range of blockchain investment options in African infrastructure investment .

While the Senegalese government remains the largest stakeholder in the project, more investors can hop onto the wagon and earn good ROI in the long run.

3air is an innovative blockchain telecom company that is bridging the digital divide in Africa. It uses proprietary broadband infrastructure to offer internet access in many countries in Africa.

3air’s goal is to provide the most scalable and cheapest broadband internet in Africa as it aims to connect Africa to the rest of the world, bank the unbanked, and develop the continent’s industries through digital transformation.

To achieve this, the blockchain startup is working in partnership with remarkable leaders in the broadband industry and blockchain technology. With the K3 Lastmile broadband infrastructure patented by the Swiss-based telecom giant, K3 Telecom AG, 3air will make widespread internet access not only possible but affordable to anyone living in countries like Nigeria and the Democratic Republic of the Congo (DRC), among other countries.

The K3 technology was first deployed in Sierra Leone in 2019, where it continues to be in use as it has turned successful. While K3 builds the broadband infrastructure, the Cardano blockchain will host the 3air’s telecom management system.

3air users can pay for the broadband services and carry out other transactions using the 3air’s utility token. 3air’s token public sale is planned to take place in November 2021 and its services to launch in 2022.

3air already holds operational licenses to kick off operations in Nigeria and DRC, which will soon enjoy the benefits of broadband services. The project is set to become a game-changer, bringing unmeasurable benefits to both economies and societies in Africa.

Investors who understand 3air’s economic and cultural significance are attracted to the project, assuming that its success would bring hefty blockchain investment opportunities to the continent.

The Sun Exchange is a South African-based crowdfunded tech startup that provides solar energy services. The company has been active since 2015 and it has distributed over 1.5 million solar cells across more than 100 countries worldwide, generating over 7 million kWh worth of sustainable energy since its inception.

In 2019, the startup launched its proprietary token sale and it raised $1 million in the initial coin offering (ICO). Being one of the earliest blockchain startup companies in Africa, the Sun Exchange has hit major milestones that have gained the project international recognition.

The Sun Exchange won the award for the Best Blockchain in Africa in 2016 during the African Fintech Awards in South Africa. In 2017, it won the Smart Dubai Office Global Blockchain Challenge in Dubai. The Sun Exchange’s reputation and giant strides make it one of the best blockchain firms for African infrastructure investment. The blockchain startup still has a lot going on in its pipeline as it harnesses the weather conditions of the continent to provide sustainable energy.

The Sun Exchange aims to incorporate more blockchain-oriented systems to ease the distribution and adoption of its services worldwide.

Circulor is a UK-based blockchain company intending to reduce child labor in Africa’s mining industries by introducing foolproof traceability systems. The blockchain startup’s solution is a direct response to the increasing global calls against the use of mineralsーin manufacturing companiesーmined using child labor.

For instance, Rwanda holds the world’s largest reserve of Tantalum一a conflict mineral used to manufacture capacitors for smartphones and laptops. The unethical methods companies employ to mine Tantalum in Rwanda have led the US and other bodies to pass regulations for manufacturing companies to prove the origin of the minerals before they can be used to make any product.

The goal is to show tangible evidence that no child was involved neither in the mining, bagging, shipping, or refining of the minerals nor in the assembly of the final product.

The result saved mines and companies using the mineral money and efforts that would have been spent on compliance and regulations. Since then, Circulor has modified the system to trace cobalt, nickel, mica, plastic, lithium, and other commodities sourced around the world.

African tech startups are putting a lot of effort to bridge the economic divide between Africa and the rest of the world. So far, their use of blockchain technology has proven to be pivotal towards infrastructure and economic developments in the continent.

More so, the continent’s blockchain revolution is at its preliminary stage, which makes this moment the best time for investors to dive in for maximum ROI in African infrastructure investment.

You may also read: Few Terms Related to Bitcoin and Blockchain Technology?