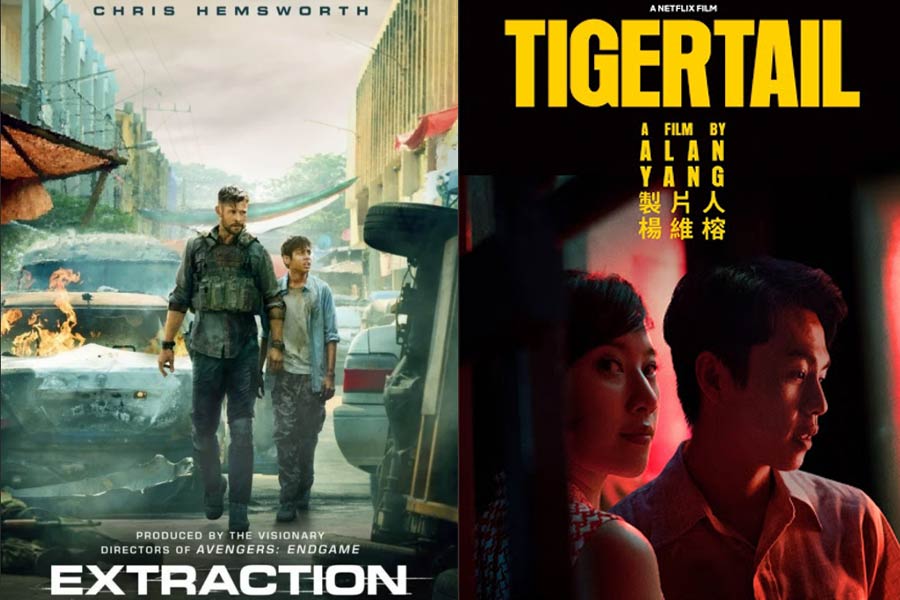 Netflix is introducing lots of movies to keep the audience glued to the screen. There are movies with first-rate plots available on this streaming service. The genres of romance, action, crime, fantasy, horror, and everything in-between and after that are present on Netflix. So here are some of the films you have to definitely watch on Netflix because it has received the best reviews from the audience.

These are the favourite Netflix original movies of 2020.

This is a Netflix crime drama that depicts the problematic life of a young man in three stages. This is a story of bloodshed and ambition. There is a flashback structure used in the movie. The main lead of the story is Ashton Sanders who is a great actor known for his films such as Moonlight. In jail, he finds the clues of his life for survival. In his childhood, he experienced abuse from his father and he takes drastic decisions in his life that makes him a criminal. If you love a good crime drama mixed with an emotional journey then this film is the one for you.

If you like to watch a thrilling movie then there is Extraction specifically created for you. This is an action-packed Netflix series and the main lead of the series is Chris Hemsworth who plays the role of Tyler Rake. He is a mercenary who has to extract the son of a drug lord from the rival drug lord gang. A sequel is also announced for this adrenaline-pumping series. You can have a look at different lands and a heartfelt bond between the main lead and the boy. The film shows that strangers can form a bond even in deadliest of circumstances.

This is a psychological drama about a girl with mental illnesses. This series will leave you feeling confused about whether it is science fiction or psychological lesson. This series created by Jeff Baena and the main lead is played by Alison Brie. It is about the mystery of real alien abductions and people who believe that they are victims of abductions. We will not be able to know which is true and which is false. The main character Sarah goes on an emotional as well as a psychological journey that will take her out of the world.  You will surely be sitting at the edge of your seats while watching this.

Uncorked depicts the life of young Elijah Bruener acted by Mamoudou Athie and his father Louis Bruener played by Courtney B. Vance. The series will show the importance of wine and how it helps to achieve big dreams. We may have seen a movie with wine but this is a movie that is about wine. So get ready to know how to become a master sommelier. Will the father let the son develop in the business of his choice? You have to see for yourselves to know more. So search for Uncorked in Netflix and start seeing it now.

This series traces the life of a man named Pin-Jui. This is a tale about the experiences of an immigrant who starts growing up in America after coming from Taiwan. We will be able to see his childhood, his teenage years, and his marriage. This will be heart-warming as well as heart-wrenching film for the viewers. It is a vivid tale about many small details in life that we miss sometimes. So if you are searching for films about growing up opt for this film.

The films listed here are some of the best films in 2020. Do not miss these on Netflix as they are the trending stories. Pass your time this quarantine with these movies.