Top 6 Football Players of All Time 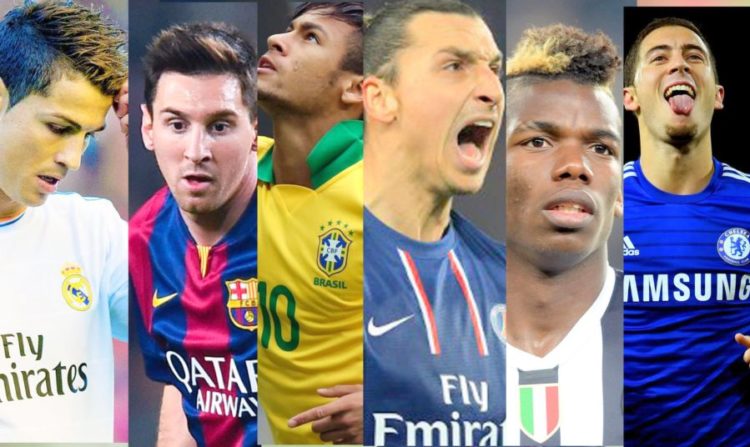 If you’re a football fan, it is for sure that the game has already driven you to the edge of your seat. Some notable players may have made your watching experience memorable during a live or on-screen match. These football players of all the time made the sport a dearly loved one for every household, and their legacy is forever engraved in history. But new various players have emerged and wowed the world with their commendable talent and skills through the years.

If you have been a fan recently, you might want to meet the best players on the field first. Not only does it help you know the sport more. But it also improves your football spectating experience by setting a standard of how a renowned player could make miracles on the playing field.

Fantasy Premier League Tips wants to introduce you to the top seven football players that smashed records through time without any particular order. Continue reading to learn more.

Of course, who would not forget about Lionel Andres Messi Cuccittini?

He is an award-winning soccer player who bagged five Ballon d’Or awards, an annual French football recognition. Although Argentinian, the player has spent his whole football career at Barcelona. Even at 33, he’s still sharp on the field!

With 33 trophies and 4 UEFA Champions titles, he earned the spot as one of the most valuable football players. Messi’s sensational stats include 753 career goals and 352 assists. Well, props to Frank Rijkaard and Pep Guardiola for guiding and honing the player’s skills!

Being young, this forward player still has plenty of time to beat records on the field, and everyone’s rather excited.

Although smaller than the other players, late Argentinian Diego Maradona can put you in awe with his dribbling and scoring abilities. He plays as a second striker and an attacking midfielder.

His clear-cut passes and crosses resulted in 345 goals in 680 games and 226 career assists. Maradona began his professional career in 1976. He triumphed in the 1986 World Cup in Argentina and three national championships.

Other awards he won include Copa de la Liga, Supercopa de Espana, and Copa del Rey. The football legend passed in 2020 due to a heart attack.

How great is this player? Edson Arantes do Nascimento, popularly known as Pele, has won the most number of world cups among all players! He remains to be the only one who scores beyond 1200 goals. But that’s not all. He is also the youngest player in the World Cup at 17. Surely, his records put him on this list!

The Brazilian player is best known for his preciseness and kicking power as a striker and attacking midfielder. He started his career in 1953 and was named the Athlete of the Century in 1999. He is the sole soccer player who bagged two Guinness books of world records.

Ask football fans in the 70s, “who is the best soccer player during your time?” There’s a high chance that they might answer Johann Cruyff.

This Dutch player has won the Ballon d’Or thrice. He began his soccer career in 1957, won three European Cups, and took the Netherlands to victory in the FIFA World Cup in 1974. He is still recognized as one of the FIFA World Cup heroes.

This forward and attacking midfielder player is remembered for his flexibility and creative play. In 2016, he died due to cancer.

Ever wondered about the highest-paid Athlete of the year? Meet an unstoppable forward football player from Portugal, Cristiano Ronaldo.

He is best known for his discipline and hard work. It led him to win 32 awards, with 1,100 matches and 780 goals for countries and clubs. The legendary player has won five Ballon d’Or and five Champion League Titles. At the age of 30, Ronaldo still displays strong stamina.

Although retiring from active football earlier, French player Zinedine Zidane or Zizou has played exceptionally during his whole career. He made a total of 152 career goals and 149 career assists. He made his first appearance at Canned in 1989 and won different titles. They were Onze de Bronze, Serie A Football of the year, and the UEFA Champion title thrice.

One of his most unforgettable plays was during the 2006 Final World Cup in Italy, wherein he performed his famous headbutt.

Without a doubt, football players have impacted how people enjoy and understand the sport. Not only do they cause the thrill and adrenaline rush. But they also exhibit good sportsmanship–values that can teach every fan and casual viewer a lesson.