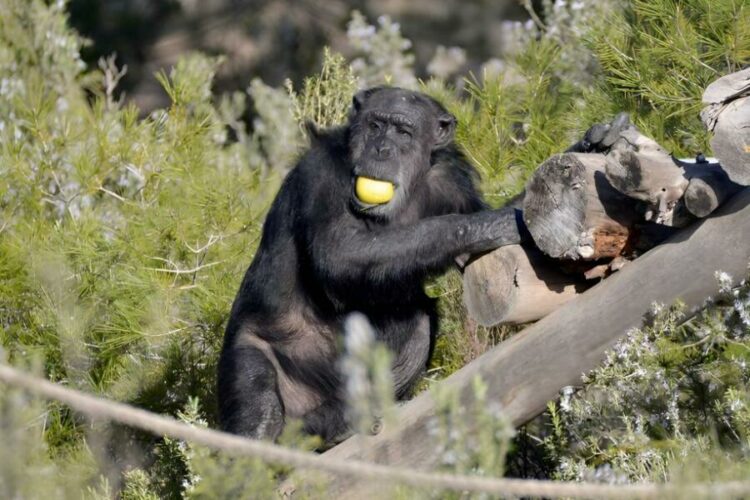 In the little Connecticut town of Stamford, Travis the Chimpanzee had great popularity. Travis was an exceptionally gifted chimpanzee. He could clothe himself, feed his masters’ horses, use keys to open doors, sip wine from a beautiful stemmed wine glass, and even operate a vehicle. Travis the chimpanzee was undoubtedly a unique creature. This is the tragic tale of such an extraordinary primate.

On October 21, 1995, Travis was born in the quaint town of Festus, Missouri. A zoo resembling the tiger sanctuaries depicted in Netflix’s Tiger King is located about 30 miles west of St. Louis at the Missouri Chimpanzee Sanctuary. The sanctuary’s purpose is to breed, raise, and occasionally sell these mammals to consumers around the nation. One of these buyers was Jerome and Sandra Herold.

Travis was just three days old when the Herolds drove to Festus to buy him and bring him back to Stamford. Over the next eight years, Travis was raised by the family as one of their own. They instructed him on how to brush his teeth, eat dinner at the table, and carry out housework. Even baseball became a passion for him, and you could frequently see him flipping through the channels with the remote in hand looking for a live game.

Travis The Chimp was Loved by Everyone

Travis achieved fame both locally and nationally due to his abilities. Travis was frequently taken for rides in the cruisers of the local police. The local ice cream vendors’ schedules were also known to him, so he frequently met them for a frozen treat. The Man Show, The Maury Povich Show, and ads for Pepsi and Old Navy are just a few of the TV shows and films that he appeared in.

But as time went on, Sandra became more and more indulgent with Travis. In addition to losing her spouse to cancer in 2004, Sandra also lost her only child in a vehicle accident. Travis caught her eye, and she turned to show him all her love and affection. Except for a minor event in October 2003, living with the ape went quite well without any incidents for several years.

Travis once lost control when the family was taking him for a leisurely drive. The primate was struck when a passerby flung something at the open car window next to him. The moment the pedestrian crossed the street, Travis instantly unbuckled his seatbelt, leaped out of the car, and started chasing after them. Travis stayed on high alert for several hours, obstructing traffic and making noise even though he was unable to catch his attacker.

Travis was not drawn into the police cruisers despite their best efforts. Every time they were successful in getting the ape inside, he would just move to the opposite door, let himself out, and start chasing the officers around the car. Travis eventually relaxed and went back to his house.

A new regulation prohibiting residents from possessing primates weighing more than 50 pounds was passed in Connecticut as a result of the incident by the state’s Department of Environmental Protection. Travis had resided in the city for a long time, so local authorities decided he did not constitute a serious threat to public safety. This choice would be fatal.

Travis attacked Charla Nash, a friend of Sandra’s, on February 16, 2009. Nash suffered severe facial and limb injuries as a result of the attack. That afternoon, Charla came to help Sandra convince Travis to come back inside after he had escaped. She held up a tickle-me Elmo doll, one of his favorite toys, to tempt him. Something changed just then, as Travis started to attack Nash.

Sandra used a shovel to hit the monkey in the head and a butcher knife to stab him to stop him. Travis moved toward the officer and began his assault as the police arrived on the scene. Travis was instantly killed by the cop’s multiple gunshot wounds.

Investigators have had difficulty coming up with an explanation for the attack’s trigger in the years since it occurred. There have been other explanations put forth, including those involving Charla’s new hairstyle, Travis’s new Lyme Disease medicine, the use of the Tickle Me Elmo toy, and many others. The lesson remains unchanged: Wild animals are exactly that—wild creatures. No matter how long they live in peace, they have the power to do terrible harm.

The Final Words on Travis The Chimp Case

Nash needed numerous surgeries, first to preserve her life and then to heal the attack’s physical wounds. She suffered significant brain damage in addition to losing her hands, nose, eyes, and lips. To replace her missing limbs and reconstruct the anatomy of her face, Nash underwent transplant procedures. Before and after her operations, Charla made appearances on The Oprah Winfrey Show to speak about the dangers of handling these kinds of creatures.

Travis the Chimpanzee’s tragic story should serve as a warning to anyone thinking of getting a wild animal as a pet: don’t.

Also read: How to Prevent Pet Accidents in The Home

What Do You Know About Baby Tortoise

What Kind of Rabbit is Right for You?