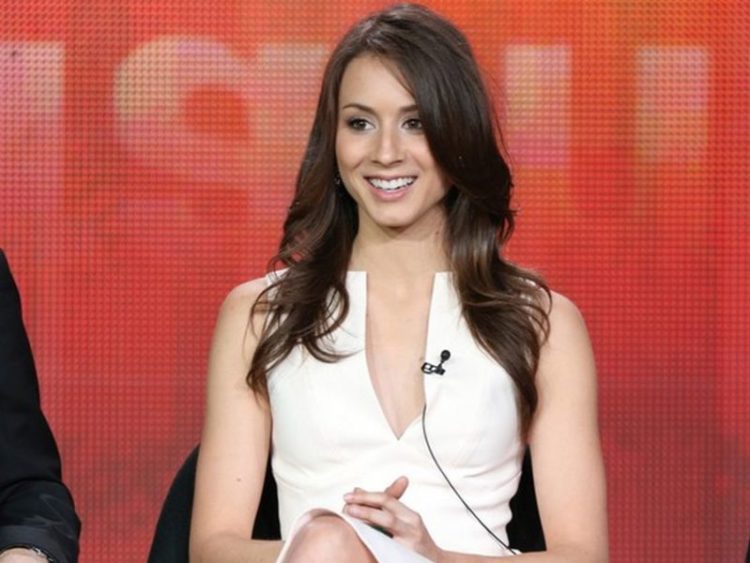 You may have heard about the stories of women giving birth to their babies in the unlikeliest of places. Some people recount the birth stories during a family get-together. Many celebrities also have shared the stories of how they gave birth to their child. The Pretty Little Liars fame Troian Bellisario gave birth to her second child in a car. It happened in the hospital garage on May 15. Also, the person who delivered the baby was her husband Patrick J. Adams. They shared this story with their fans.

Bellisario hinted at the story of how she gave birth to her daughter on her Instagram. She captioned “joined us on May 15th under the wildest of circumstances.” Then she fully revealed the details of the birth on Katie’s Crib podcast. She did not exaggerate it because that is what happened. Here you can know all the details about Troian Bellisario’s kids.

Why Train Bellisario is popular?

Troian Avery Bellisario is a well-known American actress. She is famously known for her part in Pretty Little Liars as Spencer Hastings. For her performance in this series, she received a lot of praise. Her age is thirty-six.

Bellisario is from Los Angeles. Her parents are popular producers Donald P. Bellisario and Deborah Pratt. Her father created series such as Magnum, P.I., Quantum Leap, and NCIS. She has a younger brother and, two half-brothers, and three half-sisters. Also, she has two step-brothers and they are actor Sean Murray and producer Chad W. Murray.

Who is her husband?

Patrick J. Adams is a Canadian actor who is well known for his appearance on the series Suits. He is now forty years old. He also has appeared in the episodes of Cold Case, Pretty Little Liars, Jack & Bobby. Recently he got cast as legendary astronaut John Glenn in the Disney + series The Right Stuff. Meghan Markle was his co-star in the Suits series.

Also, he and his wife were invited by Meghan Markle to attend her wedding with Prince Harry at St George’s Chapel, Windsor Castle on May 19, 2018.

When did The Couple Marry?

Troian Bellisario started to date Suits star Patrick J. Adams. They met on the sets of Equivocation in 2009. They split in the middle but Patrick acted in Pretty Little Liars in 2010. After this, they got back together. In 2012 they worked together on short films titled The Come Up, Suits and We are Here.

They got married in 2016 in Santa Barbara, California. They have two daughters. The name of the first daughter is Aurora Avery. She was born in 2018. Then in 2021, they had Elliot Rowena.

When her first daughter was born?

The birth of the first baby girl of Troian Bellisario and Patrick J. Adams was kept under the wraps. Only after the baby girl was born did the news appear on the media. The couple never shared with their followers about the pregnancy. But after the baby girl was born Bellisario wrote on her Instagram about it. She wrote “To the people who protected us and kept our growing family safe and respected our privacy…

Bellisario also thanked her husband in the post. He was there with her every moment of the pregnancy. Patrick also shared the news of the baby girl, Aurora Avery, on his Instagram account.

The rumors of the first pregnancy began in May 2018. The couple was seen in Greece and Bellisario had a baby bump.

How did Troian Bellisario’s second baby come to the world?

In the podcast Katie’s Crib hosted by actress Katie Lowes, Troian shared that she could feel her contractions getting closer and closer. At that time she and her husband had arrived at the hospital parking garage. But as soon as Patrick hit the button and got the ticket Troian had started to scream. Then he turned around to find Troian fully on her hands and knees. She also crapped on her pants.

Then Patrick talked to the security guard about the situation but he did not take him seriously at first. But after hearing the howls of Troian Bellisario the guard went to get help. Then Troian started to scream “‘Get my pants off! Pull my pants down!'”.

Patrick listened to her and pulled her pants down. He was able to see the baby’s head. But he was calm under the situation and did not panic. Further, he went ahead and delivered his daughter himself. He said that the whole thing happened in just three minutes. He even checked if the umbilical cord was wrapped around the baby. But she came outside with just one push.

He turned his daughter upside down and she started to cry. Troian Bellisario was still on all fours and she looked over to see her daughter wailing. She was relieved to find her baby alive and breathing. After that, the hospital staff arrived to take care of the baby and the mother. It was a hectic moment for the couple but they are happy that it turned out great. Now they have a healthy and beautiful baby girl in their hands.

Patrick also teased the birth of the baby by sharing it on Instagram. He captioned “Welcome to the funhouse, Ms. Elliot Rowena Adams. May your life is as unique and exciting as your arrival”.

You may also read: Bodhi Ransom Green Biography and Parents

Nicholas Godejohn: Who Committed Brutal Murder for the Sake of Love