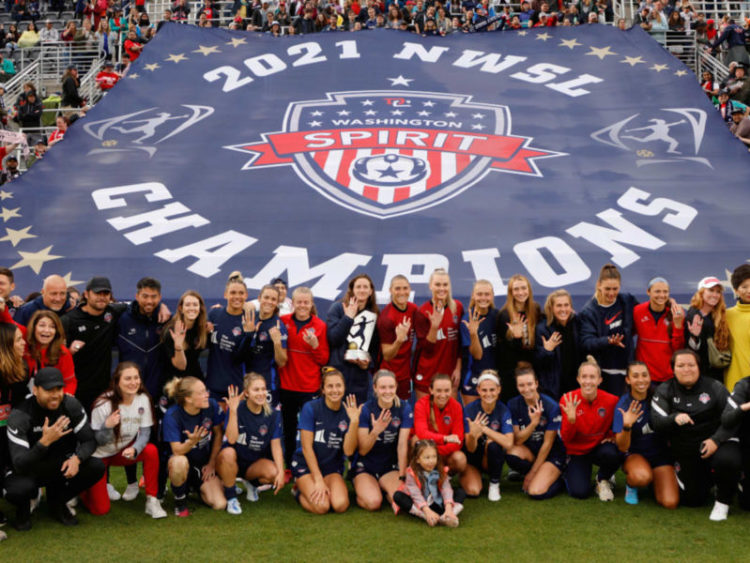 If you love watching sports, you will know that, pretty recently, UKG has pledged to sponsor the NWSL Challenge Cup in 2023 and beyond. This is indeed big news as it will bring parity to soccer and North American sports for the first time. So, needless to say, the fans are very excited to know about it.

For the first time in history, the United States has led the way for women’s soccer across the globe. In this context, you might remember that the United States won the inaugural 1991 FIFA World Cup. Since then, USWNT has appeared in all 8 World Cups and, in fact, won four of them in 1991, 1999, 2015, and 2019. Therefore, this new development would be highly advantageous for women’s soccer games.

So would you like to know more about this sponsorship? Today we will share some of the significant details concerning this matter. Let us have a look!

Have A Look at Some of The Significant Details About USWNT

Many of you might already know what we are talking about here. However, for all those who are hearing it for the first time, let us share with you some of the relevant facts. Yes, you guessed it right, USWNT refers to the United States Women’s National Soccer Team. Needless to say, the team is the most successful in international women’s soccer.

As we mentioned earlier, they have won four Women’s World Cup titles until now. They have also won four Olympic gold medals (1996, 2004, 2008, and 2012) and eight CONCACAF Gold Cups. In fact, they have medaled in every World Cup and Olympic tournament in women’s soccer from 1991 to 2015. The United States Soccer Federation governs the team.

The culture of winning had actually fostered during the 1990s. This allowed women’s professional soccer to flourish in a way it hadn’t in decades. Therefore, after the USWNT took home their second FIFA World Cup trophy in 1999, the Women’s United Soccer Association was born in 2000. So stars players like Michelle Akers, Brandi Chastain, Mia Hamm, and seventeen other USWNT stars founded the eight-team league. However, by 2003, that league folded.

Suppose you have been watching the matches on a regular basis. In that case, you will know that WUSA, a television station in Washington DC, had faced many problems similar to many early sports leagues. This is because it takes time to build a culture around sports leagues. So to make sure it becomes profitable, lower than expected television viewership and game attendance will cause investors to back out. This is actually one of the reasons that make the accomplishments of the National Women’s Soccer League so amazing.

As per the sources, OL Reign midfielder Rose Lavelle, one of the leading players in the league, spoke about how women’s soccer is leading the way. Here she referred to women’s soccer not only with regard to the field but also in society as a catalyst for change. According to her, “sports are a very unifying thing. She thinks that it is their responsibility to make everyone feel welcome and loved in this game.

In addition, she feels that it is their goal and objective to welcome everyone with open arms and show them that even they can become a part of this game. Moreover, she thinks that they all share a common goal. Therefore, if a woman desires to become a soccer player, they should embrace the sport without any worries.

NWSL Growth in The Past Few Years

It is no news that for a sports league to grow, immense hard work is required, along with achievements from the players. Therefore, the entire process takes a lot of time to reality. So what NWSL has done in just ten years is something that sports leagues can only dream of doing.

Moreover, in 2020 the NWSL has also signed a three-year broadcasting deal with CBS Sports and Twitch. Do you know how much it was worth? Well, it was worth $4.5 million. However, the network was only set to air two games, the season opener and the championship.

Everything changed suddenly when the coronavirus pandemic came. At this time, the network was looking to fill slots with more women’s soccer coverage. In fact, in May, NWSL was the first professional sports league in the US to resume play after the pandemic. Moreover, through them, the first-ever Challenge Cup tournament was born.

How did The Challenge Cup Change Things for NWSL?

Many of you might not know about it, but it was through the Challenge Cup that there was a noticeable change in the NWSL. If you follow the news, you will know that three years later, Carolina Courage has become the 2022 Challenge Cup champions. This happened right when the NWSL announced a historic partnership with UKG.

Yes, it is a company that frequently deals with payroll technologies as a workforce and human resource management. The UKG’s Chief Belonging, Diversity, and Equity Officer Brian K. Reaves and NWSL commissioner Jessica Berman announced the partnership that will bring pay parity to the pitch. There was no doubt that NWSL would indeed benefit greatly from it.

The @NWSL has scored a title sponsorship deal for its annual preseason competition, which will now be called the @UKGInc NWSL Challenge Cup 🏆

UKG and the league will approximately double the total player prize pool to $1M in 2023.

At the same time, the multi-year, multimillion-dollar sponsorship is part of the UKG Close the Gap initiative to drive awareness and action. This is to resolve the pay disparity between men, women, and other groups that significantly impact today’s workforce. So you can well understand that UKG will have a lot to do with the NWSL.

Will UKG Benefit All Categories of Women in NWSL?

Reaves and Berman said in an interview about what this entire thing means for NWSL. Women of all categories will benefit from it, starting from women of color, transgender women, and immigrant women. Therefore, UKG’s importance is profound. Since they are a leading provider of HR and payroll software, they will ensure equal pay for everyone.

Moreover, this will be the first time NWSL will sponsor the 2023 Challenge Cup. This is because that tournament will represent the first time in US women’s soccer history that they will have to pay equal to what the men get. In fact, through this, other companies will also know that inequity will always be here unless all of us join hands to change it.

So as we conclude, we can say that with the UKG sponsoring the 2023 Challenge Cup, women players of NWSL will benefit hugely. This will bring the unequal pay between men and women players to an end. Therefore, we hope that other companies might also soon follow in the footsteps of UKG and bring in a positive change.

Also Read: Stephen A. Smith Hits Out At The Sixers for Getting Scorched By Miami Heat