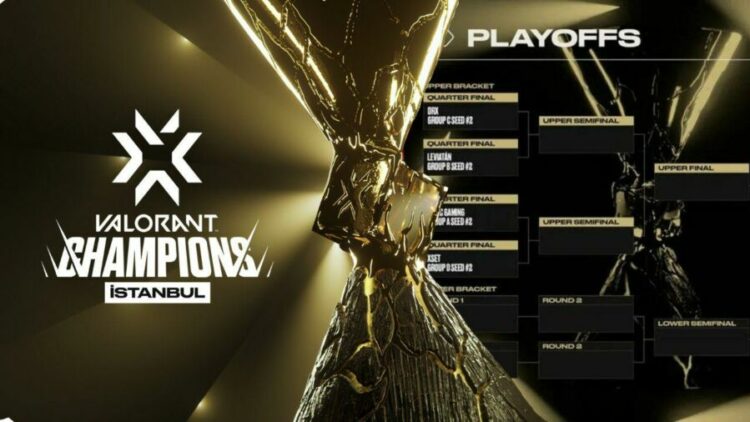 Take a look at the schedule, the most fiery and hyped series of the year

With the first four teams already locked in for playoffs, Riot Games unveiled the bracket draw for the next stage.

The Playoffs are going on right now, where we saw the previous supremacy of NA greater than EU, with OpTic defeating Liquid and XSET defeating Fnatic. This has led to an insane lower bracket where 2 EU teams will go against each other to see who carries on.

Teams remaining in the playoffs

Below are all the matches to watch:

Where to watch the playoffs live

All the matches will be streamed live on the official Valorant channels. You can either watch it on the Valorant’s youtube channel or the Valorant’s Twitch channel.

If you don’t want to watch the official stream, you also have the option to watch-party with some big names:

Also read: Who are The Best Valorant Players in The World?

Valorant’s Killjoy Briefly Enjoys an NFT in a Show: Riot says it was a “Whoopsie”