Valorant’s Killjoy Briefly Enjoys an NFT in a Show: Riot says it was a “Whoopsie” 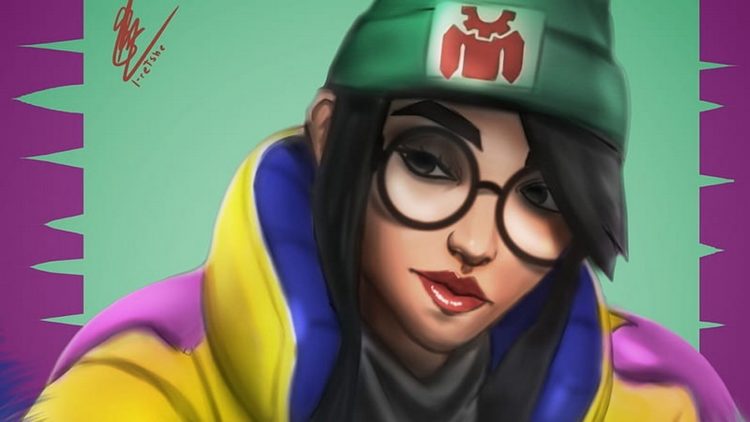 If you have a fascination for action games, you must have indeed played Valorant. Therefore, you must know that Killjoy is one of Valorant’s most beloved playable characters. Well, it is not unnatural. Killjoy is a genius, she looks cool, and since she is from Berlin, her character is pretty unique. Needless to say, she is a proven fan of League of Legends. In fact, it is due to her friendly, cheerful personality and her love for robots fans who love her so much.

However, everything came crashing down pretty recently when the German Valorant account tweeted an image of Killjoy enjoying some art. What makes the situation even worse is that the artwork was created by Martin Houra, who distributes his work on NFTs. So would you like to know about this trending news about Killjoy in detail? Stay with us until the end to know some of the exciting aspects of Killjoy and this game. You can enjoy Killjoy’s cinematic trailer

Why is Killjoy a Lovable Character?

As we mentioned above, Killjoy has some of the unique traits that make her one of the fan-favorite characters. Despite being the latest character of Valorant, she has won the hearts of the players. Well, this is because this German hacker has got some amazing skills.

If you play with her in the game, you will know that she has access to a turret and a nano swarm grenade that can shake up the game’s meta. Also, she has some adorable robot friends who join her in battles to help her complete the mission. In fact, this can include a cute alarm bot that hunts down enemies and explodes if it is close enough. As per the reactions from the players, the game has become even more exciting to play now with Killjoy.

Therefore, when such a character falls amidst a controversy, it will indeed be a piece of trending news. You can also check out the power of Killjoy here

Why did Killjoy have to Suffer Backlash?

Since you are reading this article, you are probably eager to know about the issue with your favorite Killjoy. Well, you are at the right place, as we will discuss some of the significant aspects of this trending news here.

If you are pretty active on social media platforms, you will know that Valorant agents have been on the move lately. Previously, you must have seen the latest promotion across Riot Games’ social media, where characters like Sova visit Russia and Chamber in France; however, Killjoy was off to a trip to Berlin this time. None of the fans could expect what happened next.

Everything started with an innocent breakfast; however, it soon led Sentinel to a particular gallery. What caught the attention of the fans is that the piece of art in focus was that of a computer-generated NFT from Martin Houra. This started the outrage on the social media platforms.

How did the Fans React to this? What is the Devs Clarification?

Like other action games, Valorant is one of the most popular games that has become the recent favorite of the streamers. Therefore, even though mistakably, the fans are enraged when such an incident takes place. In fact, the fans had “begged” the devs not to go down the NFT road and maintain their originality. However, soon after this incident, the devs took down the post from the German Valorant account and issued an apology.

Soon after the post was taken down, the devs put up a long apology saying that since Killjoy loves programming, they wanted to introduce the players to computer-generated art from around the world. At the same time, they also explained that the entire thing happened mistakenly. They had no intention of including anything that belonged to NFT. In fact, their goal was just to show Killjoy in her element, taking in some digital art.

They had never intended NFT to become a part of Killjoy’s work and hobbies. Presently, the Valorant account even doubled down against the divisive NFT crowd. Moreover, the devs also assured that they would no longer scare the fans. They are extremely sorry for their mistake.

However, there have been previous instances where game studios have tied NFTs in with their games. But the devs of Valorant tactfully handled the matter and avoided a surge of controversy.

By now, you must have understood that Valorant is one of the most popular action games in the present gaming industry. Especially when the controversy concerns one of its star characters like Killjoy, things will be heated up. However, the devs have apologized for the same, and things will gradually get back to normal.